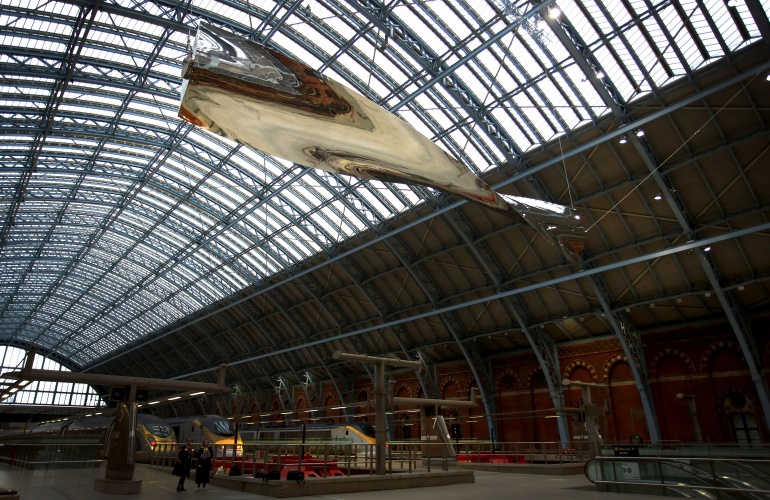 Ron Arad has revealed his Thought of Train of Thought installation at St Pancras International station in London, as part of a four-year partnership between HS1 Ltd and the Royal Academy for the station’s public sculpture series, Terrace Wires.

Thought of Train of Thought is made up of an 18m aluminium twisted blade that rotates slowly to create a wave-like optical illusion.

Ron Arad says: “The rotation and the horizontal movement take turns in the viewers’ perception as the readings of the object alternate and the hypnotic effect is greater than the means, so will hopefully be the delight of the public at St Pancras.” 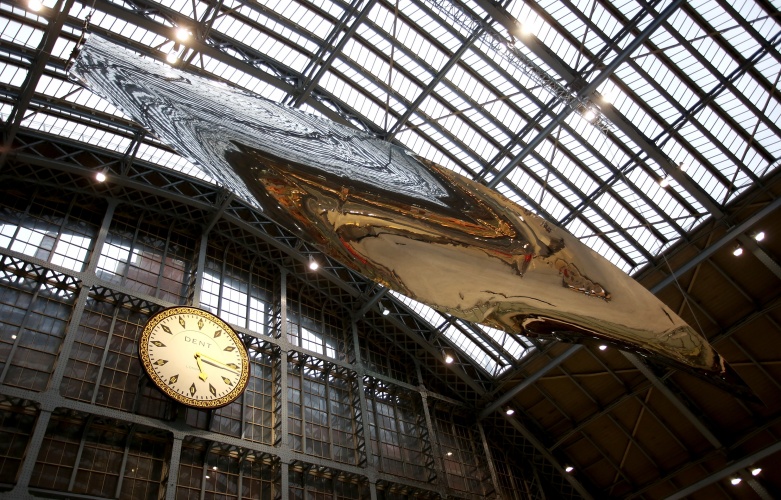 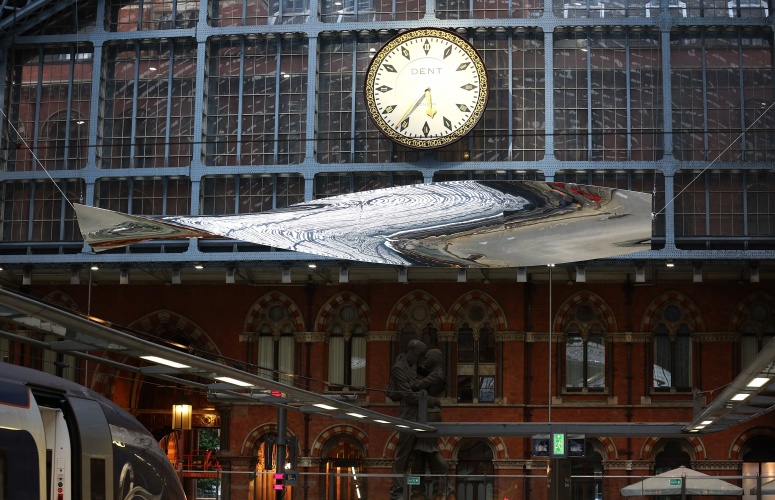 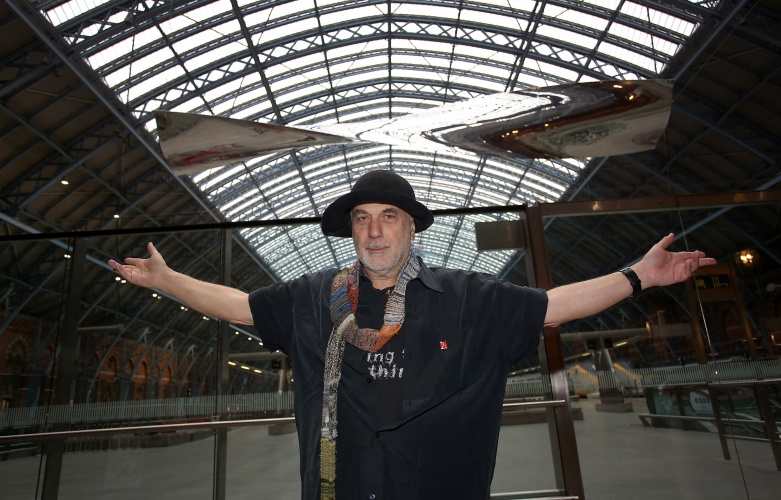 All photos by Tim P. Whitby/Getty Images for Terrace Wires