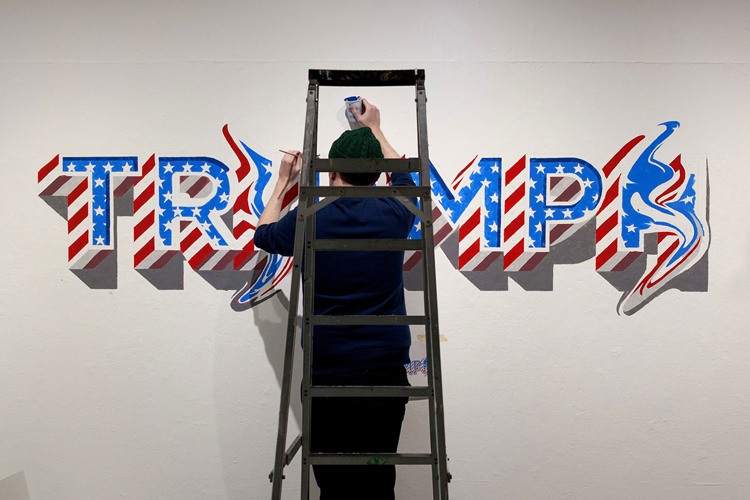 The Triumph ≠ Trump mural was the centerpiece of the show, and aimed to draw attention to how the election of a new US President should be a time of celebration, but in this case “Triumph is not equal to Trump”, as the “≠” symbol indicates. It was created digitally, then hand-painted onto a wall of the exhibition space.

Pissed Modernism aimed to encourage more people to vote in elections and get involved with local political events, as well as promote the work of young designers, says Craig Black, founder at Craig Black Design.

It featured political art created by various designers and illustrators, and aimed to provide them with “creative freedom” outside of “the constraints of their everyday commissioned work”, says Black.

Marco Bevilacqua, curator of Pissed Modernism, says of Craig Black’s mural: “As the piece was so visually striking, it also mirrored the overbearing nature and domination of the Trump administration within the current political landscape and discussions in the UK.” 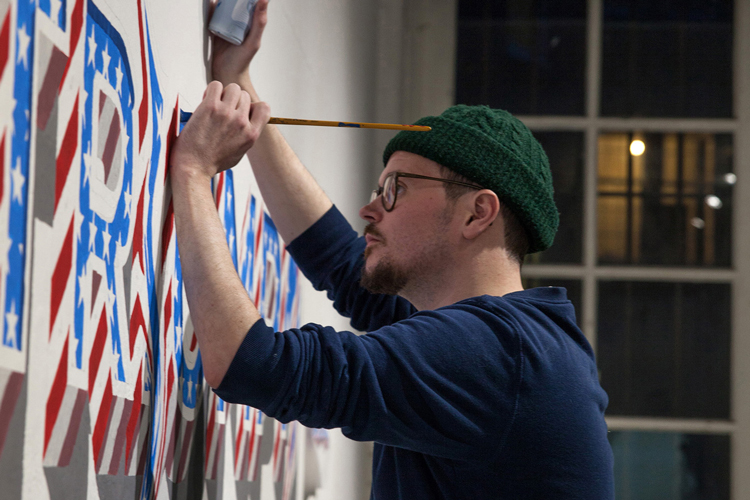 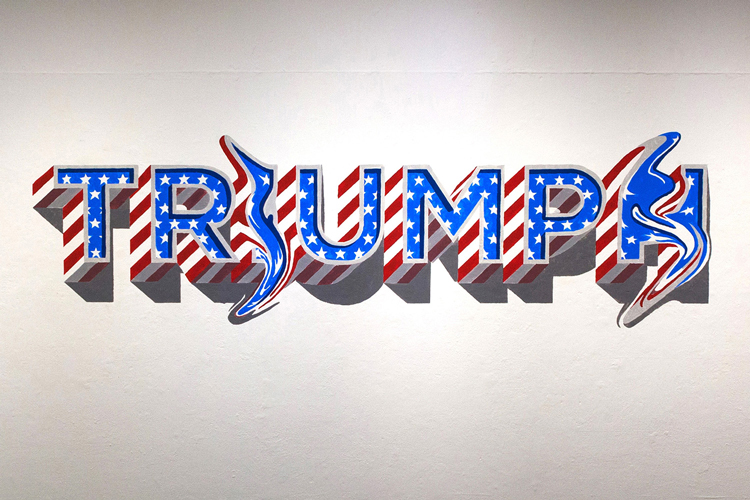 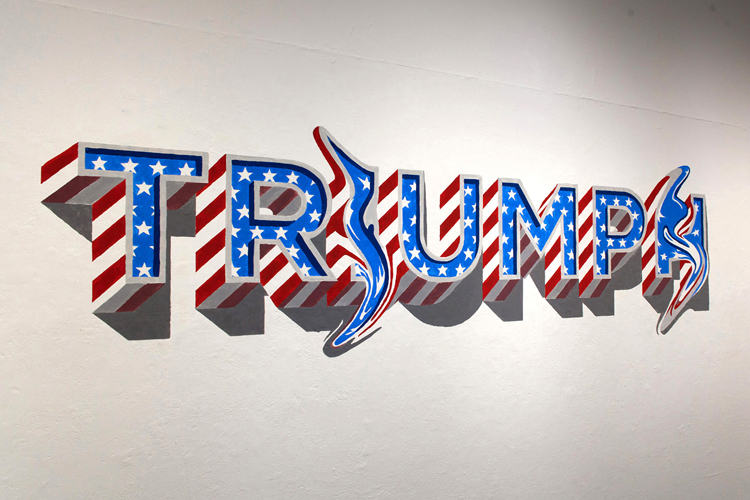