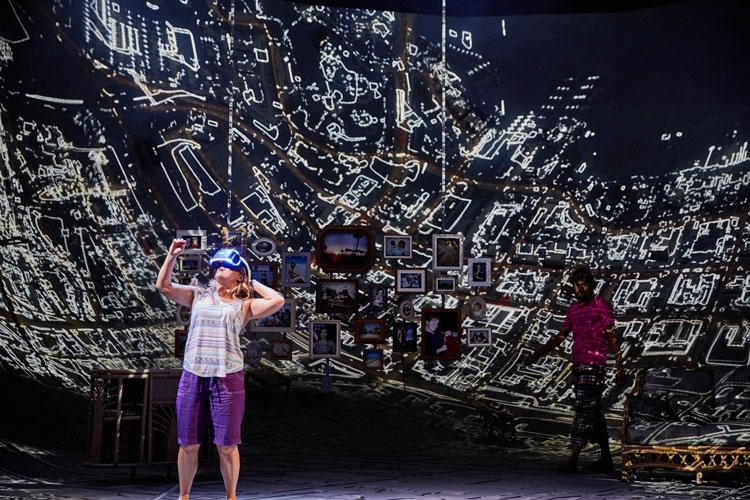 Es Devlin has worked on the set design for Ugly Lies the Bone, a new play by Lindsey Ferrentino that examines the use of virtual reality (VR) in treating soldiers experiencing post-traumatic stress disorder.

The set takes the form of a bowl-shaped basin with moving images projected onto it that simulate the world as though it is being seen through a VR headset, including a snowy scene and a cityscape seen from above.

Ugly Lies the Bone is running at the National Theatre’s Lyttelton Theatre in London until 6 June. 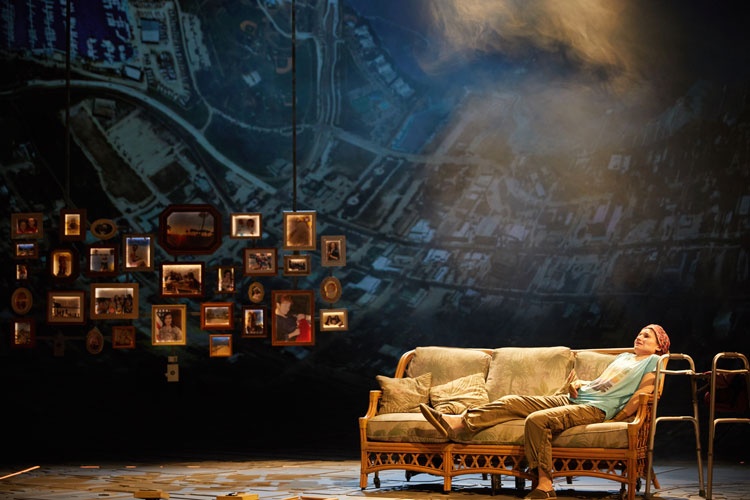 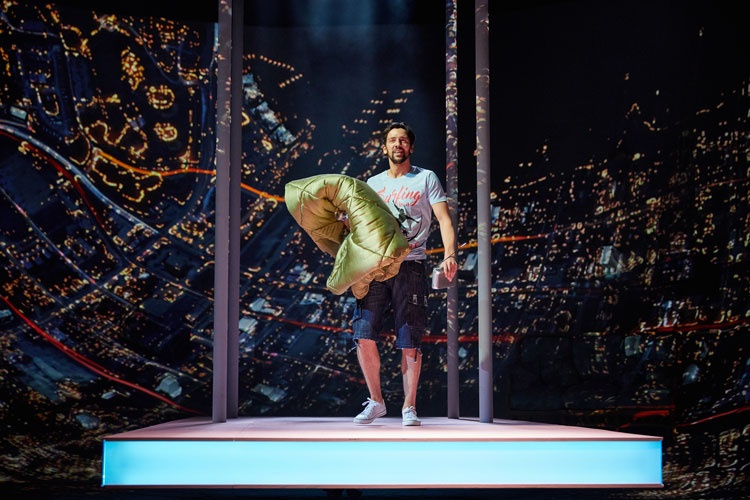 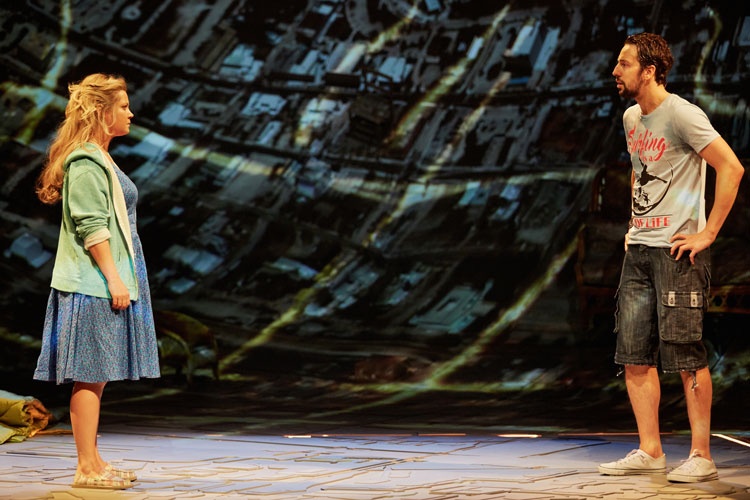 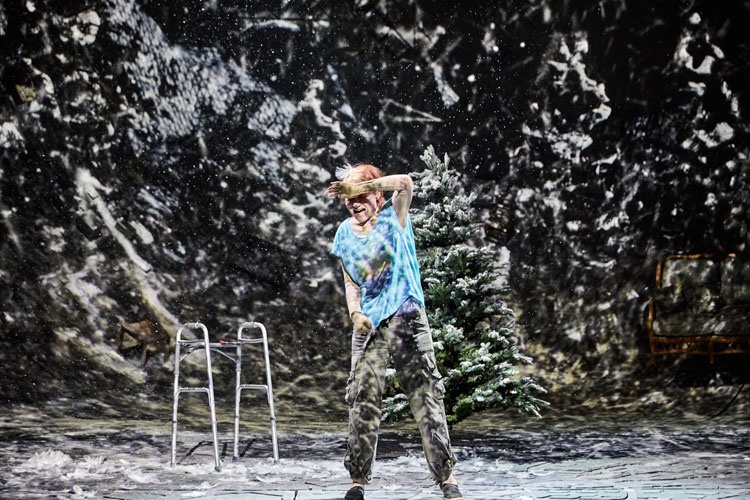 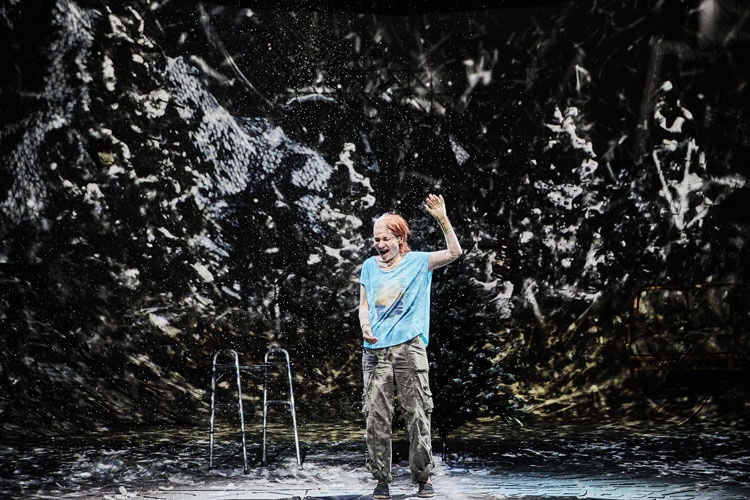 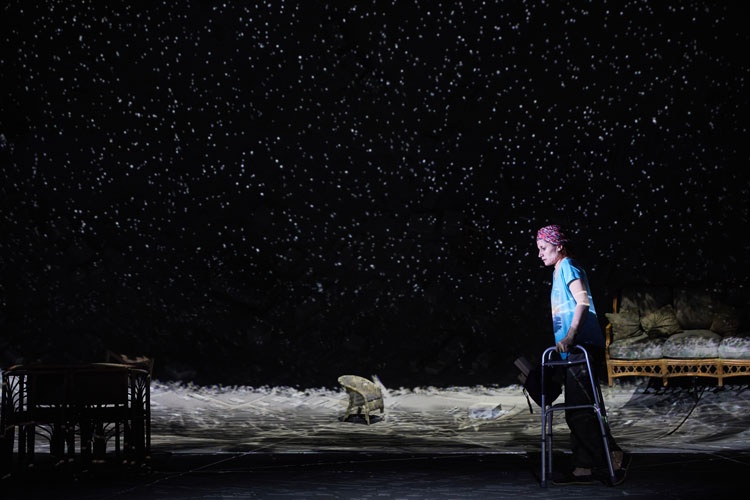 All photos by Mark Douet