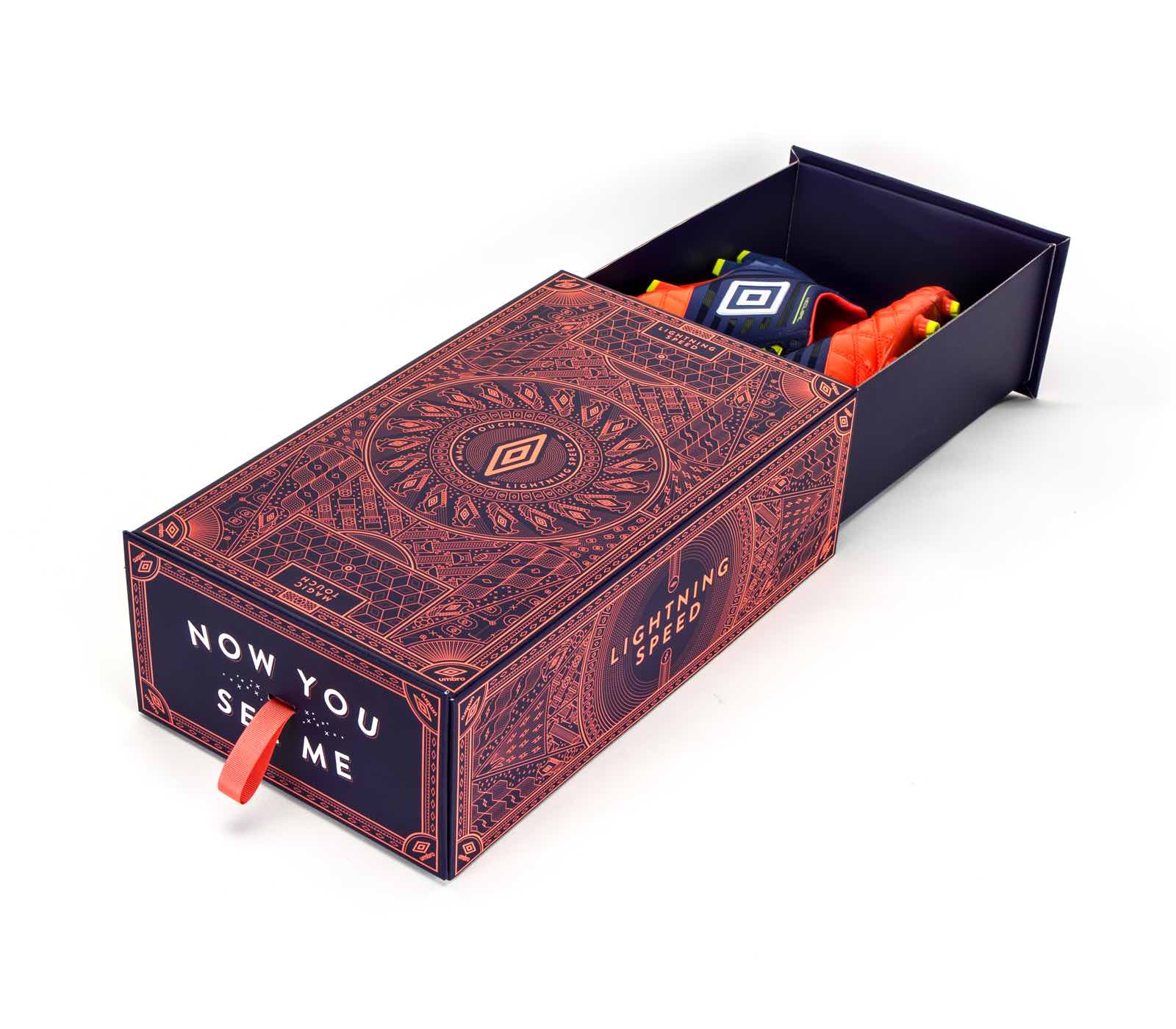 The consultancy says: “Clashing the worlds of football and magic, our creative idea hinged on an extraordinary execution across all consumer touch points.

“Replacing the traditional plain shoebox, the agency created a limited edition box of tricks for the Medusae. Given to players and media, the box illustration features distinctive and arresting design cues, replicating the back of a well-known magician’s prop, the playing card.

“When recipients open the box they find an empty space, however, when closing the box, the magic is revealed. Out of a secret compartment, the boots appear.” 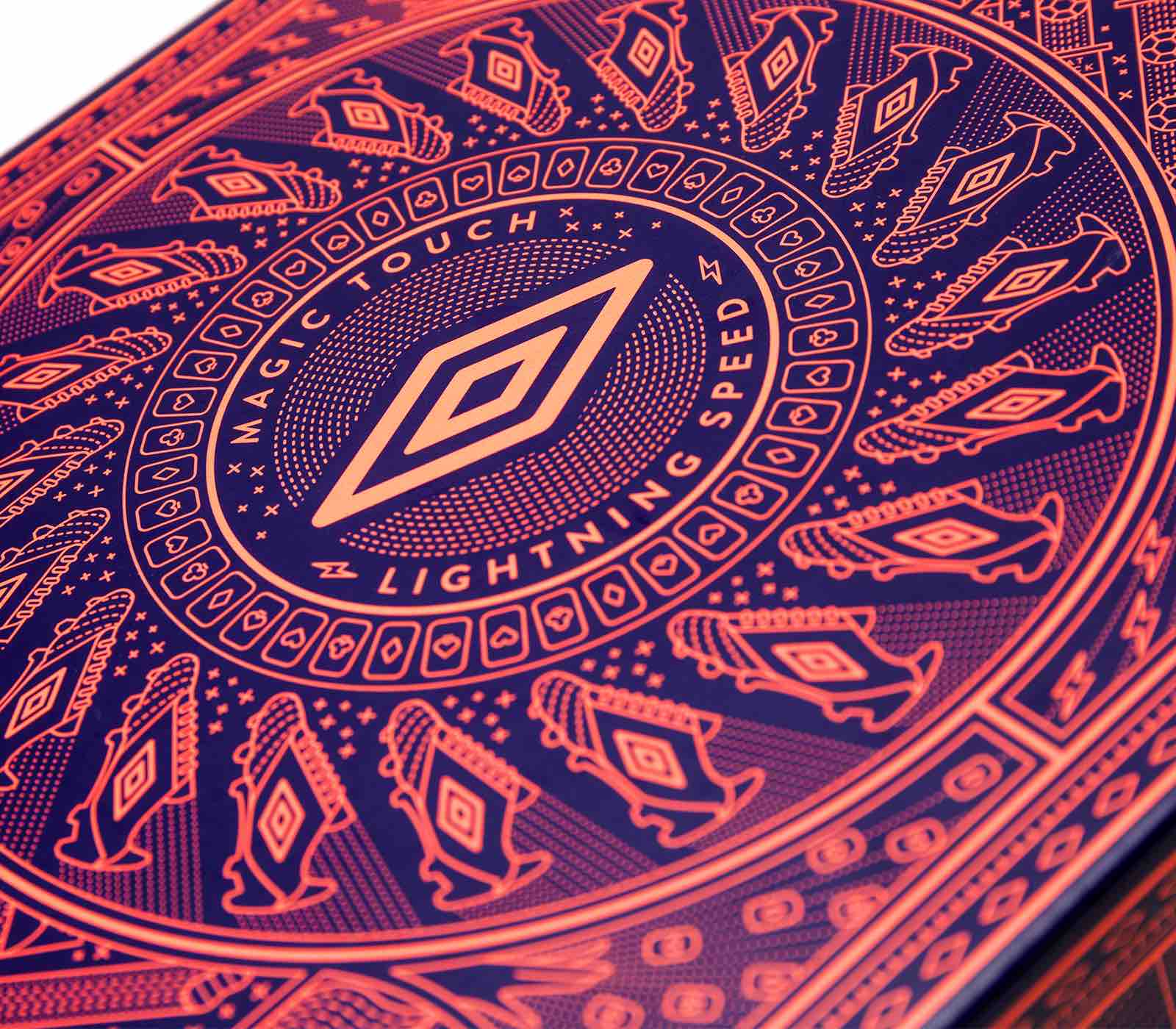