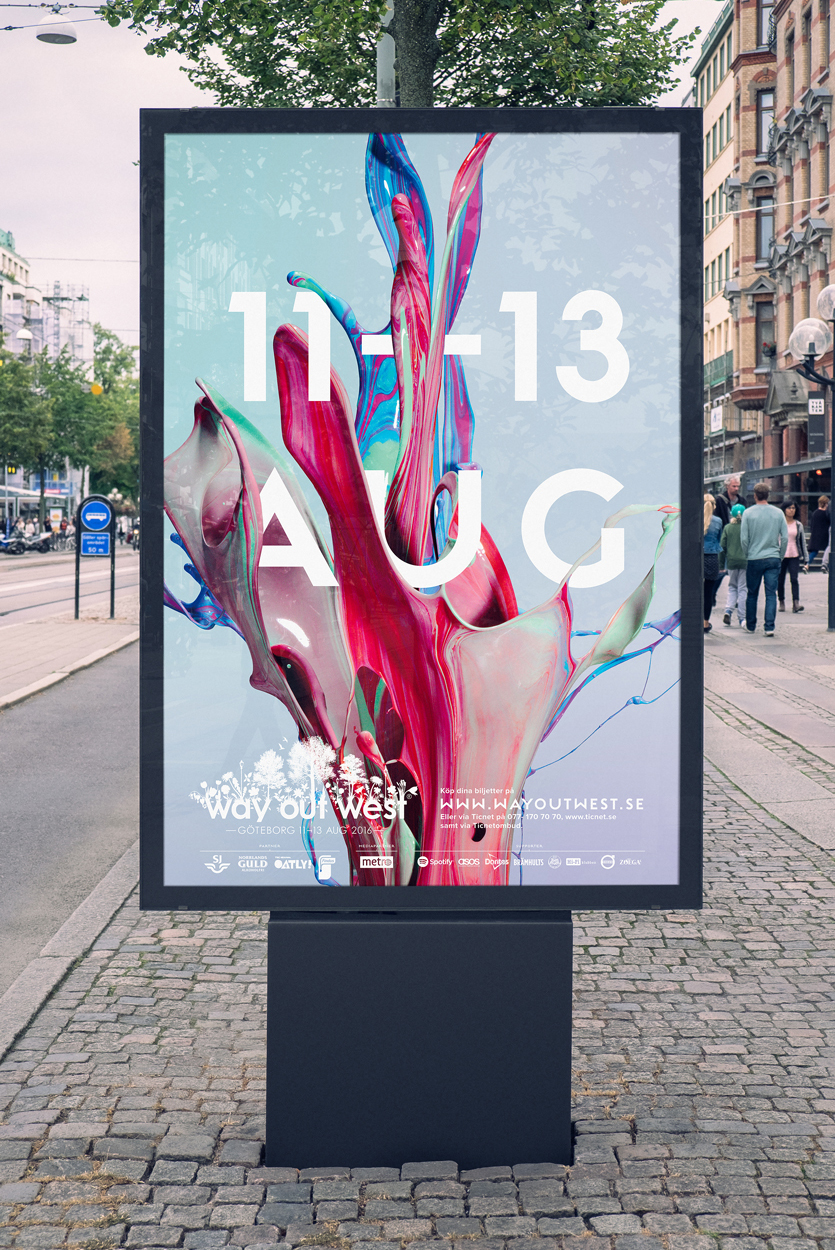 Stockholm-based design studio Leon&Chris has created the identity for this year’s Way Out West festival (also in Sweden), around the theme of throwing paint.

Leon&Chris says: “It’s not just about making colours explode, it’s about capturing those fleeting moments of erupting joy, freezing them, and making them available to enjoy over time.”

To achieve the effect Leon and Chris says: “We manufactured a framed slingshot, which allowed us to release control and rely on randomness. Instead of the final results it was the moments before the paint hit the canvas, expertly captured by photographer Philip Karlberg, we were after.” 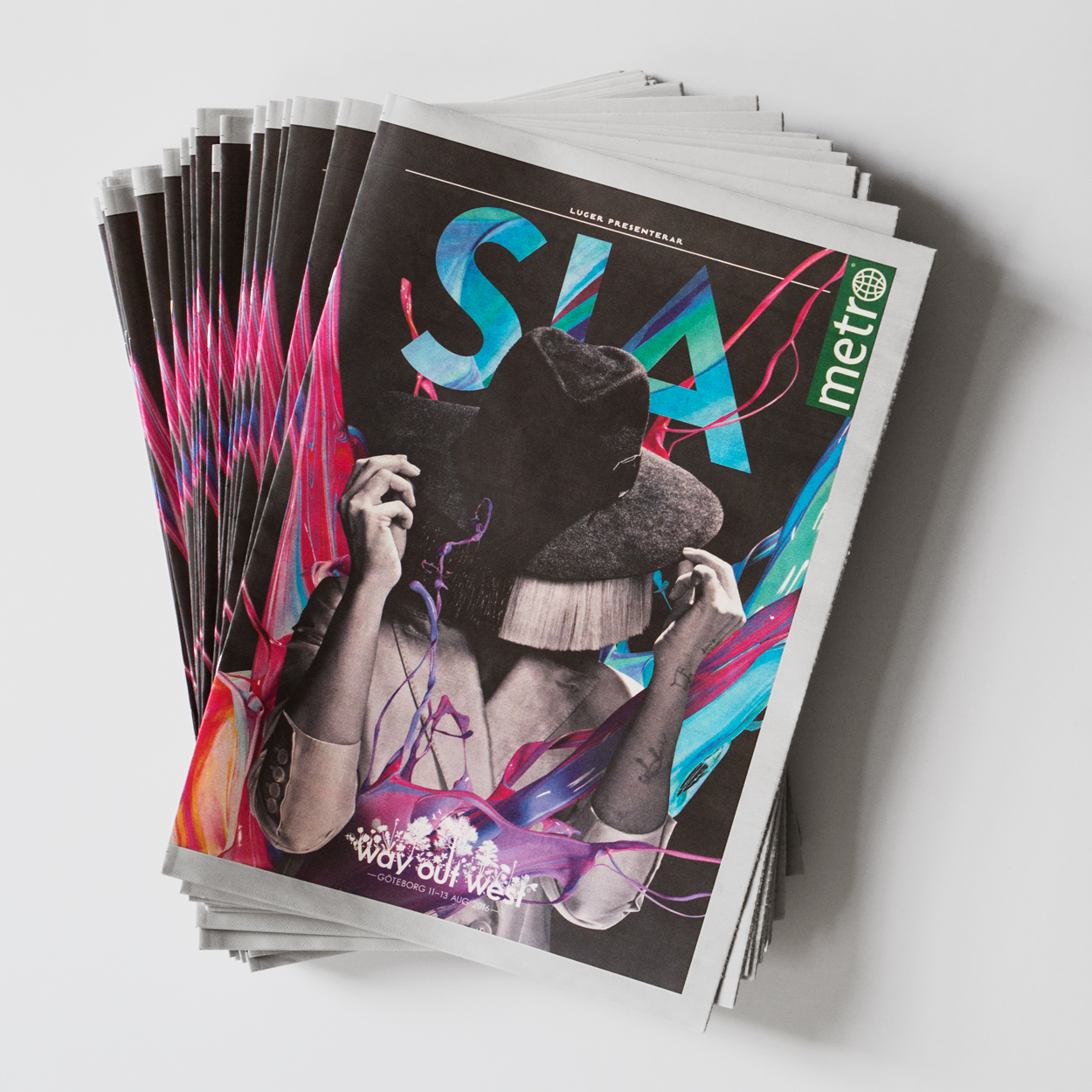 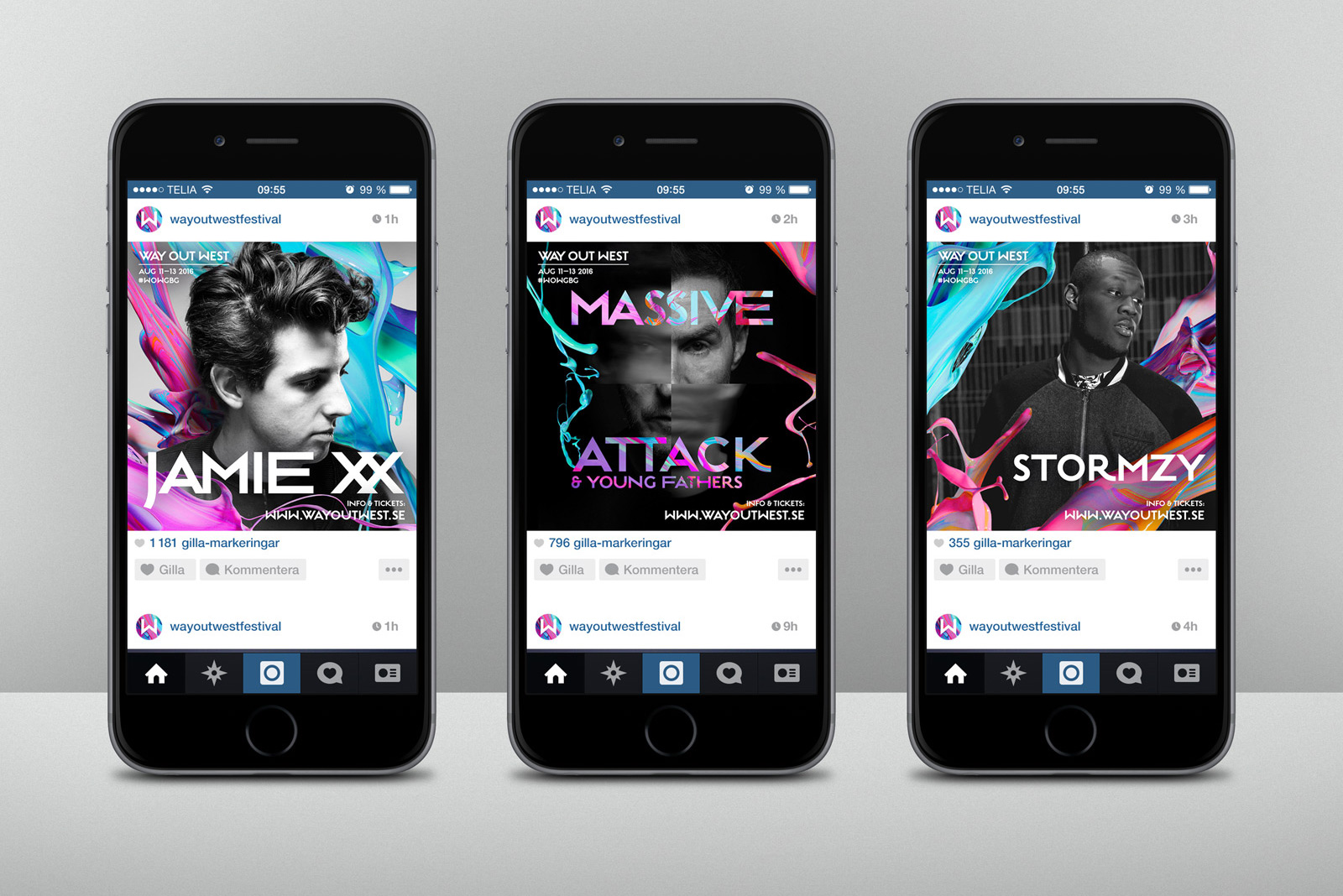