Baxter and Bailey has designed a new visual identity for the London Handel Festival, which looks to blend “innovation and tradition” and attract a wider audience to the classical music extravaganza.

The festival, which was founded in 1978 and has taken place every year since then, celebrates the music of composer George Frideric Handel. The musical maestro, who was born in Germany in 1685 and later moved to England, is best known for his operas, organ concertos and oratorios, including 1741-work, Messiah, and his collection of orchestral pieces known as Water Music.

This year’s main festival programme, which runs from 27 March until 29 April, is known as Handel’s Divas and includes a range of classical performances, lunchtime recitals, guided walks discussing musical themes and organ concerts in various locations across London. 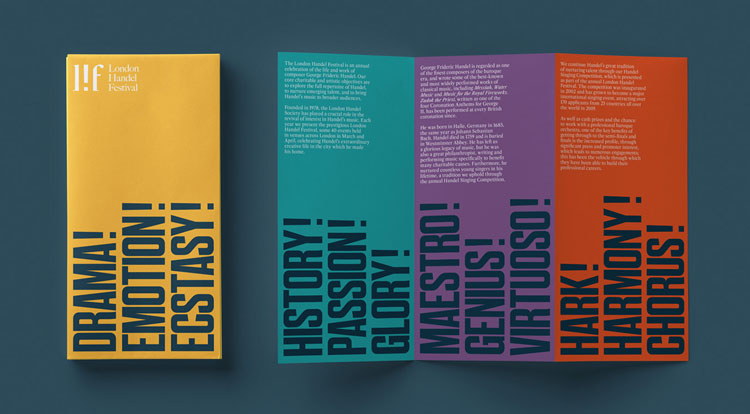 The aim of the new brand identity is to challenge the way classical music is perceived and broaden the festival’s appeal to a wider range of people, says studio co-founder, Matt Baxter.

“It could be said that classical music is sometimes misunderstood,” he says. “For some audiences, it’s stuffy, elitist and impenetrable. Our brief was to tackle these misconceptions head on.”

The new identity aims to “balance modernity and tradition”, to retain the festival’s existing audience, while attracting new attendees.

The new visual identity features a logo consisting of lowercase letters “l” and “f”, with an exclamation mark between the two. The negative space in the logo forms a capital letter H, which can altogether be interpreted as spelling out “lHf”. 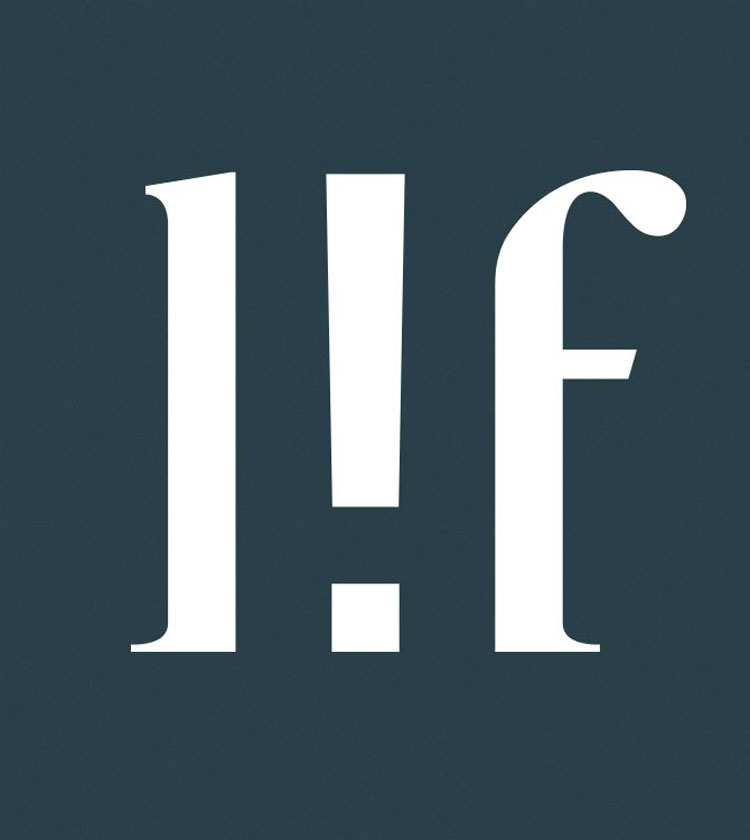 The words “London Handel Festival” appear next to the logo in a serif typeface.

The core typeface implemented throughout the branding is sans-serif, condensed type, Beckett Semi Bold, which has been used for headlines and for “dramatic” and “emotive” language across a range of touchpoints.

Words such as “passion!” and “drama!” appear on marketing materials, brochures and tickets, always accompanied by exclamation marks. Words are either set against coloured backgrounds or overlay photographs of performances or historic imagery.

Libre Caslon, an “elegant” serif, has been used as a secondary type across print and digital touchpoints. 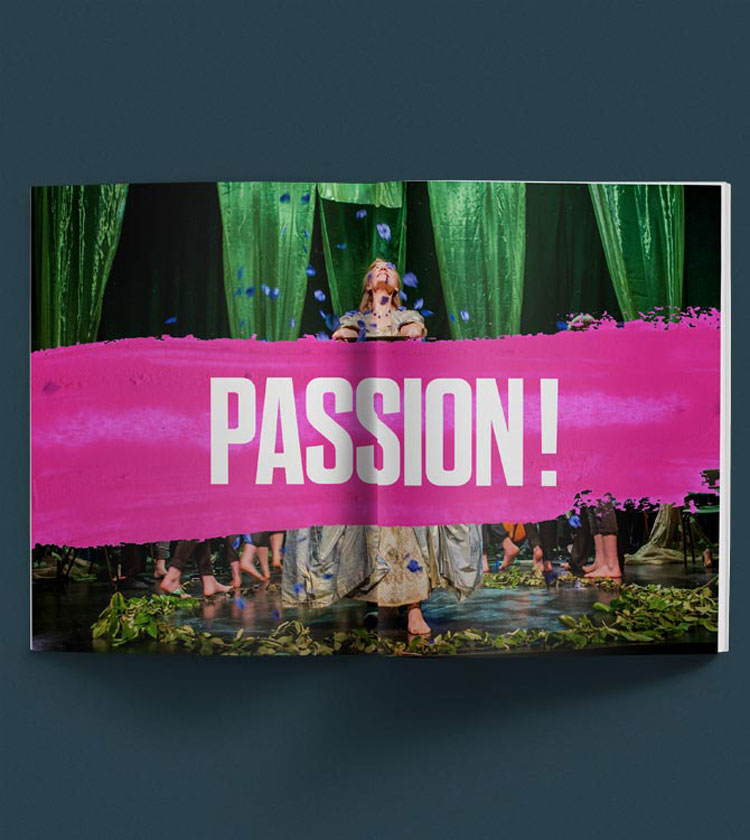 An “irreverent” approach has been taken for imagery, with “occasional flashes of humour” he says. Performance photography and historical archive imagery has been paired with typographic scrawls and graffiti.

A set of marketing materials for the Handel’s Divas season features photos of performers overlaid with colourful graphics that resemble mark-making created by lipstick, says Baxter.

This lipstick effect has been used to “’deface’ classical imagery”, he adds, as words, symbols and shapes are “scrawled” over the top.

Continuing the makeup theme, kiss marks have been applied to images of Handel himself. 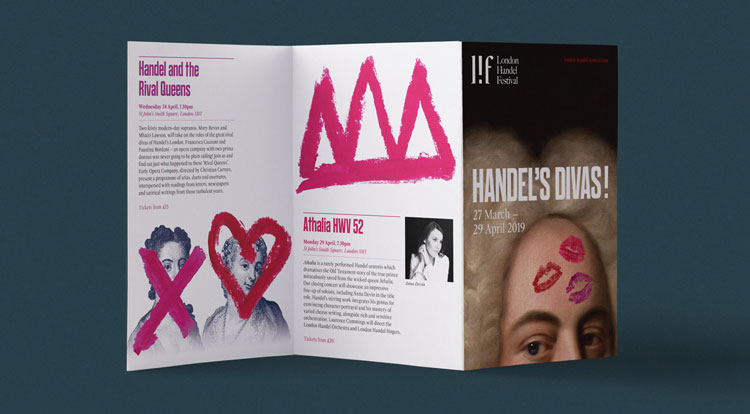 Graphics and imagery will change depending on the festival season.

The studio has also designed and built a new website for the festival, which looks to improve the ticket buying experience, making it “more intuitive” and easier to use, alongside a set of brand guidelines.

The new identity is currently rolling out across a range of assets including festival programmes, posters and social media. 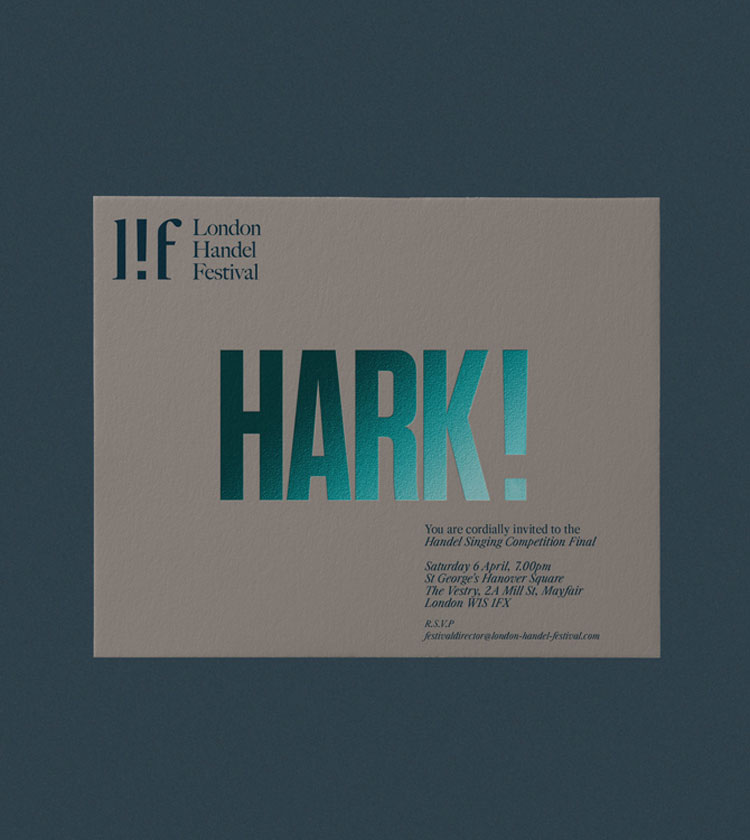 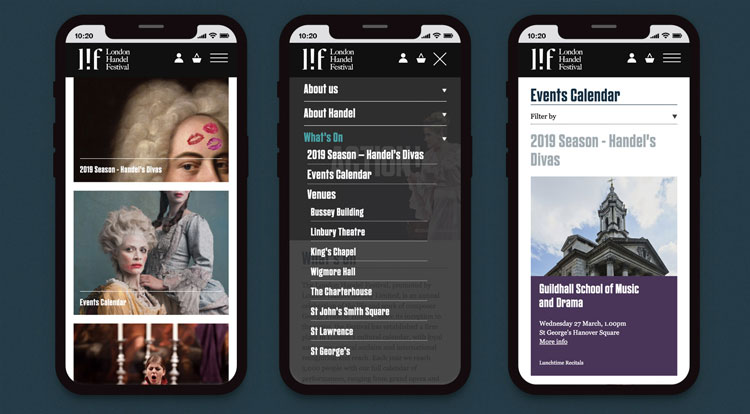 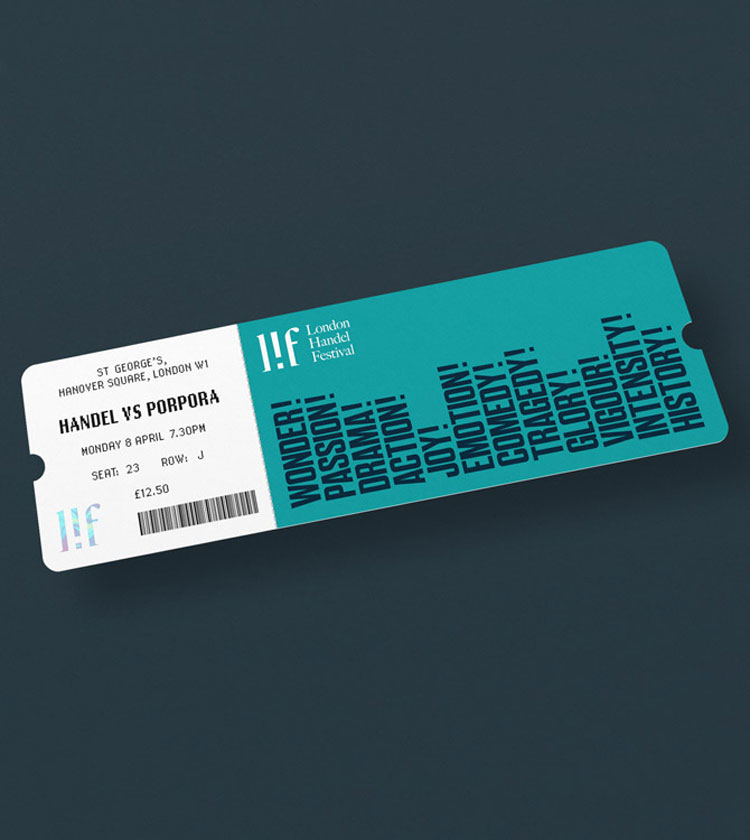 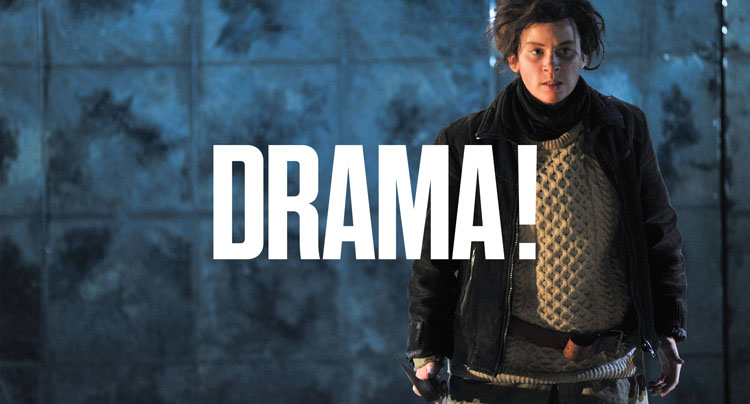