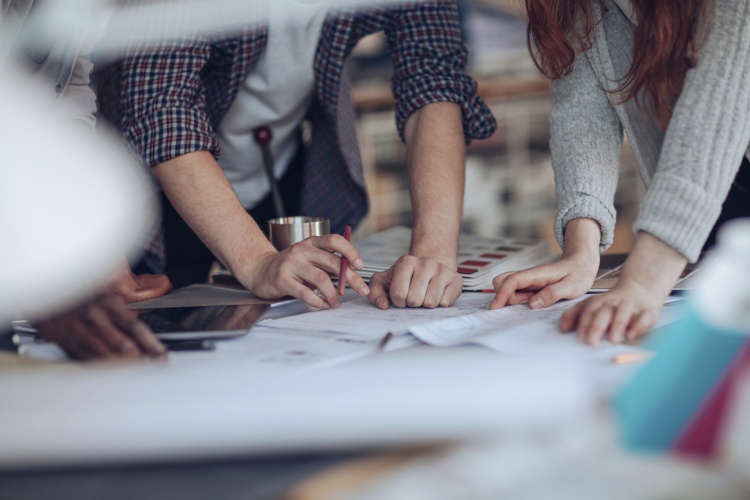 The creative industries are growing faster than any other business sector across the majority of the UK, with design outstripping the likes of advertising, architecture and film in some categories such as employment rates, according to a new report.

The Geography of Creativity, produced by charities Nesta and Creative England, highlights the Department for Culture, Media and Sport’s (DCMS) findings that the Gross Value Added for the creative industries was £81.4 billion in 2014.

Within these industries, the report finds that the design sub-sector has some of the highest rates of growth.

Comparing data from 2007 to 2014 from sources including the Office for National Statistics, the report shows that businesses within the design industry have an average growth rate of over 20% in terms of the number of businesses – the highest rate nationwide, alongside software and digital.

Design also has the highest employment rates locally and nationally compared to other sectors, and the highest turnover rate, along with software and digital.

While London is shown to be the dominant location in most creative sub-sectors – responsible for 40% of jobs and a third of creative businesses – the report also highlights smaller hotspots of creative activity thriving across the rest of the UK as well.

One in five clusters in the North of England

In total the report counts a total of 47 “creative clusters” all over the country. It suggests that around one in five of these are in the North of England, with Scotland and Wales also identified as having “thriving creative ecossytems”.

The report differentiates between “creative cities” – such as Glasgow, Manchester and Brighton – which tend to have highly diversified creative industries, while “creative conurbations” – including Slough and High Wycombe – are generally more specialised.

“These clusters – specialising in a smaller number of creative sub-sectors with a high technology component – may be less ‘hip’ than creative cities like Brighton, Liverpool and Glasgow, but our research suggests they make significant economic contributions,” according to the report.

“In particular, they are associated with larger-sized creative businesses, and potentially higher levels of business productivity.”

Despite the high levels of growth and productivity among creative sectors such as design, the report also suggests that more support ought to be offered to creative businesses on both a local and national level.

“We also believe that national and devolved governments can play a more active role to scale up creative clusters outside London and the South East, with well-resourced, locally relevant interventions along the lines of Nesta’s previous recommendations.”

“Power of the creative industries to drive jobs and prosperity”

Caroline Norbury, chief executive of Creative England, adds: “This report clearly shows the power of the creative industries to drive jobs and prosperity – not only in London and the south east, but in communities across the UK.

“”It is more crucial now than perhaps ever before, that we work together to make sure our creative industries are equipped to play their part in driving a strong economy and maintaining our position as a world leader in an increasingly competitive global marketplace.”