The Design Museum is appealing to its supporters’ sensitive sides by asking them to adopt an object in its latest fundraising campaign for its new London site.

The museum is set to open its doors at its new location on Kensington High Street this November, after shutting its museum in Shad Thames in May.

Adopt an Object is its latest fundraising campaign to help raise more than £200,000 towards the final £1 million needed to cover the construction costs of its new site in the former Commonwealth Institute.

People can support the campaign online, by donating £5 to “adopt an object” and secure its home at the new museum, which will go towards these costs.

Each adopter will receive one of 12 personalised thank you films, showing an object from the Design Museum’s permanent collection “travelling” from Shad Thames to the new Kensington site via tube and by foot. The films have been created in collaboration with studio The Mill. 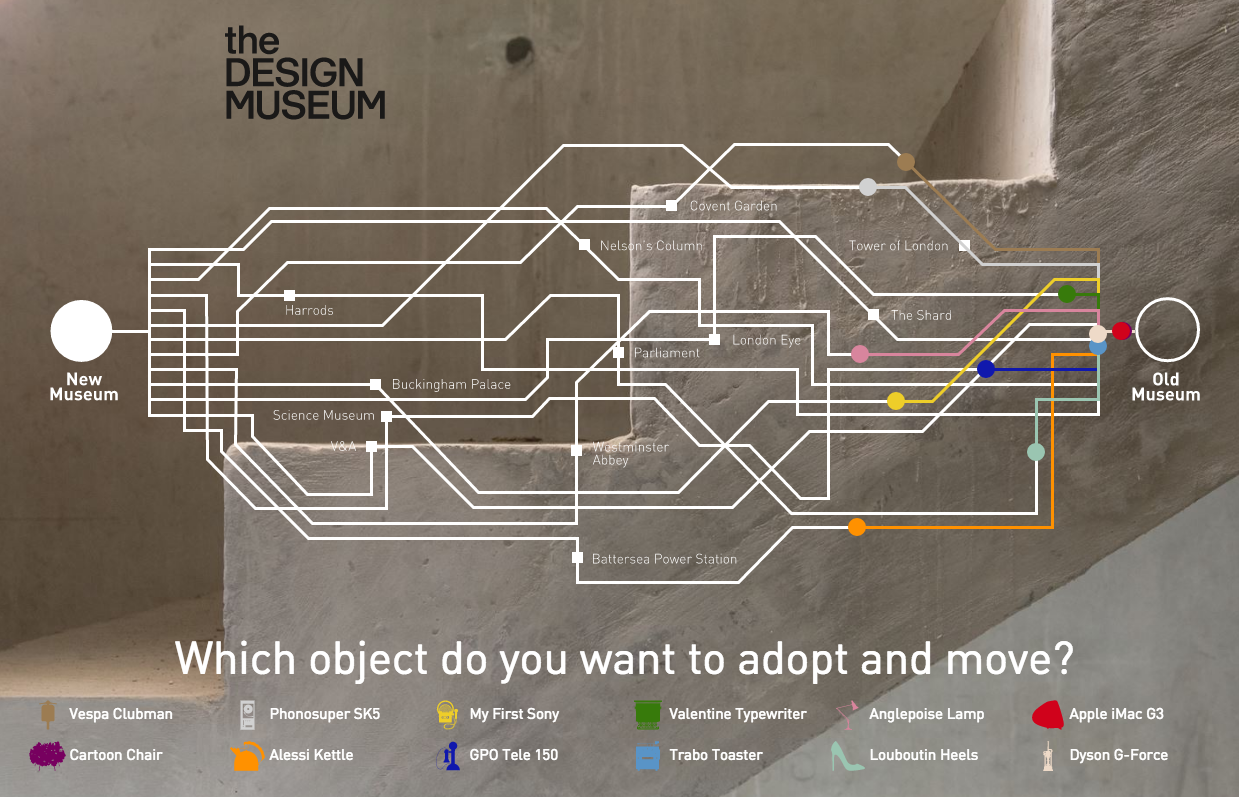 Adopters can also track their chosen object’s “journey” from the old Design Museum to the new building via the website, where they can see how many people have chosen to sponsor each object.

Every £5 donated “moves” the object closer to the new museum site by 0.5 miles, and donors will have their names displayed on the site, unless they wish to remain anonymous. The website interface has been developed with Fabrique and Q42.

The campaign is part of the Design Museum’s wider On Loan programme, which will see its collections appear at various pop-up locations before the official museum opening.

The new Design Museum will offer collections three times more space, and will present the museum’s permanent display for free for the first time ever.

The new Design Museum opens on 24 November and will offer collections three times more space. It opens with the first ever free display of its permanent collection within the exhibition Designer Marker User, alongside two temporary exhibitions, which are Designs of the Year, and Fear and Love: Reactions to a Complex World.