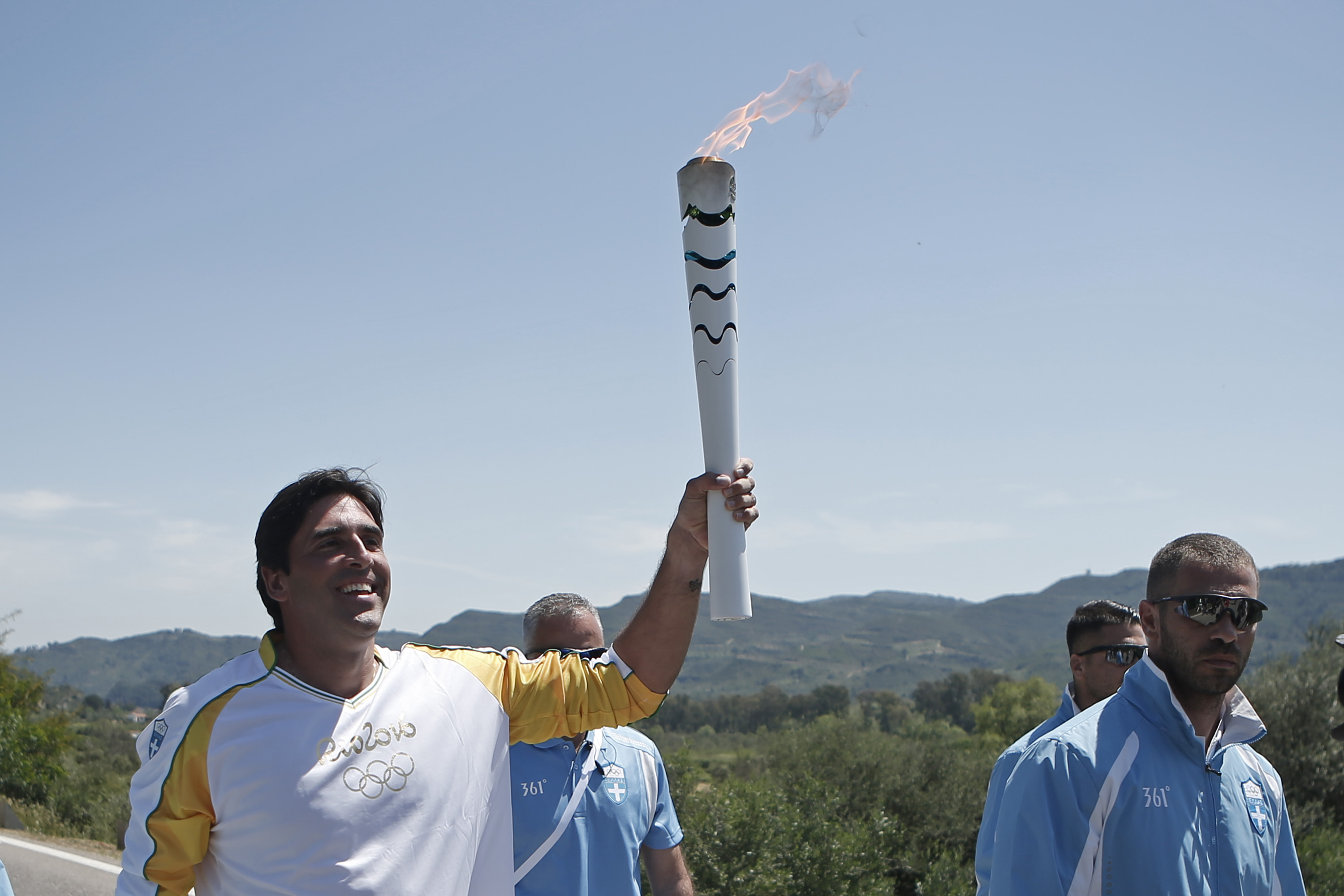 As the Rio 2016 Olympic and Paralympic Games officially get under way, some three billion fans are expected to tune in for the opening ceremony – one of several key designs which help to define the theatre of the games and reinforce its ancient narrative, sense of place and the hallowed Olympic spirit.

Although the world has been told to manage its expectations in terms of pomp and spectacle, the opening ceremony will still include 300 dancers, 5,000 volunteers and 12,000 costumes. It won’t however have the extravagance of Beijing 2008, or the eccentricity of London 2012.

Film directors Fernando Meirelles, Daniela Thomas and Andrucha Waddington are creative directors on the project and Deborah Colker is the choreographer.

It will be held at the Maracanã Stadium and is expected to eschew high tech moving stages in favour of something more analogue and innately Brazilian.

Meirelles, who is the director of the film City of God, has been widely reported as saying he wants to avoid clichés but that viewers should expect a section on Carnival.

The Rio 2016 Olympic and Paralympic identity has been designed by the Brazilian consultancy Tátil, led by its creative director Fred Gelli.

Gelli and his team have developed a 3D logo and worked to a brief of 12 attributes that needed to be considered.

Gelli says he has created a “sculptural logo for a sculptural city” and that everyone who works at the consultancy – more than 100 people – were involved in the project – even the receptionist.

You can read our interview with Geli here, where he reveals how the project came together.

Often open to ridicule, mascots are traditionally one of the first elements of an Olympic event to be unveiled so that they can be utilised by the Olympic press and marketing machine.

People will scarcely be able to forget the much maligned Wenlock and Mandeville, designed by Iris, which were unveiled in 2010 ahead of the London 2012 games. Inevitably people warmed to the little scamps as the games approached and here’s why.

The Rio mascots Vinicius and Tom came onto the scene in 2014 as “an explosion of joy” designed by animation studio Birdo Produções.

Again cynics were slightly baffled by them but on the cusp of the games their joyful evocation of flora and fauna seems perfectly appropriate – as seen here.

However, we are still slightly baffled by Tom, the flora character, who was described by Rio 2016 brand director Beth Lula as “energised by photosynthesis and [someone who] can pull any object from his head of leaves who is always growing and overcoming obstacles”. 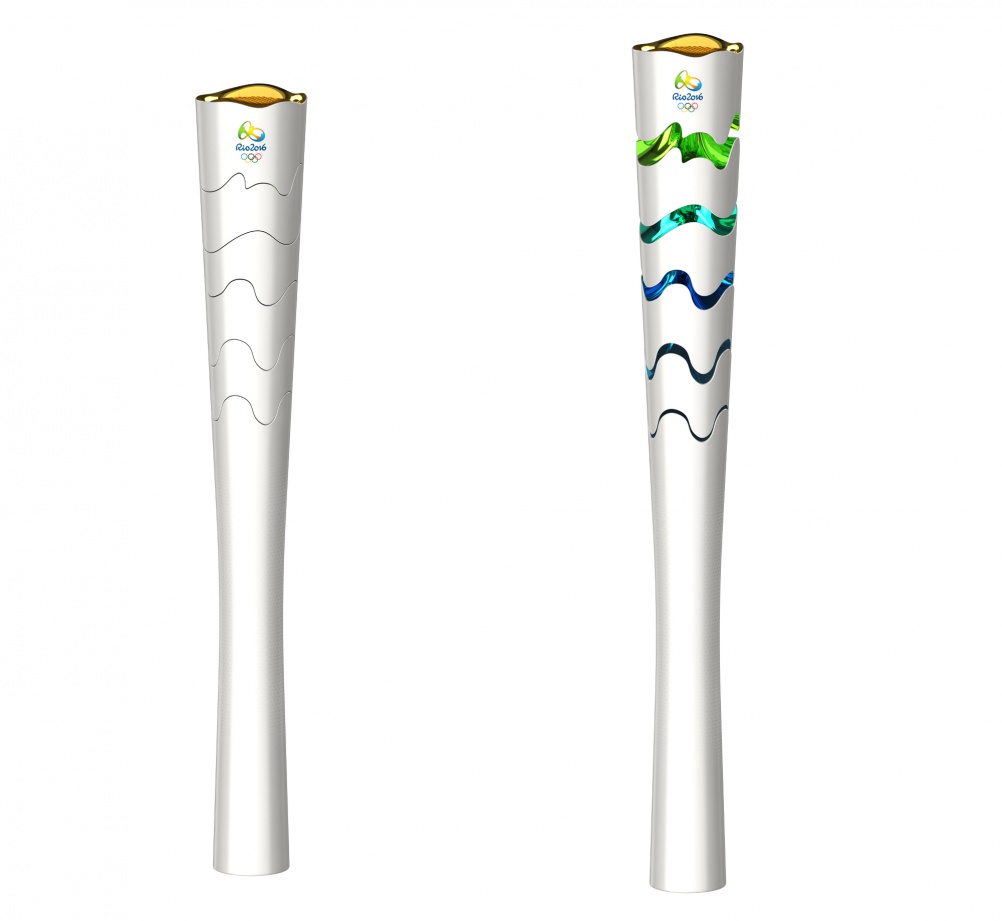 The Rio 2016 torch has been a great success. Designed by Sao Paulo-based consultancy Chelles & Hayashi, the torch is made of white aluminium and is made up of six pieces, which have been expanded vertically to slowly reveal its full form.

Inside, the colours of the Brazilian flag and the Rio identity can be glimpsed.

Chelles & Hayashi saw off competition from 75 other Brazilian studios with plans for their torch, which has been ergonomically designed to encourage people to grip it close to its centre of gravity.

We took a closer look at the design of the torch here.

At the time of writing, the design of the cauldron remains to be confirmed but it is understood to be a spherical design and will not require much energy to keep it lit. Mirrored surfaces will amplify the size of the flame, meaning it will literally be a case of smoke and mirrors.

This is as good an excuse as any to post footage of the Seoul 1988 cauldron lighting. Peace doves released shortly before the cauldron was lit, perched on the structure before this happened…

The Maracanã Stadium, which was originally built in 1950 has had several upgrades over the years – the latest in 2013 ahead of both the 2014 World Cup and 2016 Olympics and Paralympics.

The opening and closing ceremonies will take place here as well as the men’s and women’s football tournaments.

There are 32 Olympic venues in Rio and five in other host cities. Some 11 new venues have been designed and built including the 16,000 capacity Carioca Arena 1 for basketball and its neighbouring Arena 2 and Arena 3  for judo, wrestling, fencing and taekwondo.

Here & Now: the exhibition reviving the art of tapestry weaving