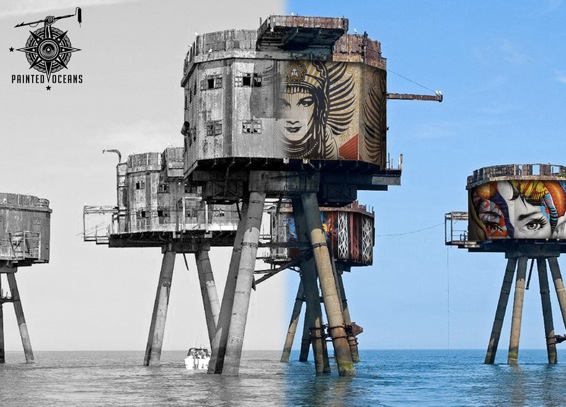 An ambitious project is being launched which may see street artists and illustrators including Tristan Eaton and Shepard Fairey paint the Redsand Sea Forts, which are located just off the east coast of England.

The sea forts are located in a cluster eight miles north of Whitstable off the Kent coast and were built in 1943 after the Blitz as a strategic defense post to help defend against any similar attacks.

Design exhibition organisers Designersblock are helping to organise the project and are currently involved in a feasibility study.

According to Designersblock director Piers Roberts, Painted Oceans is set to be “one of the most dangerous and exciting mural projects in history”.

He says the motivation for the undertaking, is three-fold – “To preserve them and promote their value,  “to investigate their history “and to stimulate the economy of the coast.”

A month at sea

Engineering consultancy Burro Happold has already looked at the structural integrity of the site, which was once home to pirate radio station Radio City in the 1960s.

Tristan Eaton – who is behind the idea for the project – specialises in large scale environmental work. He has already drafted in Shepard Fairey, Futura, How & Nosm and The London Police, who are all planning their murals now. All of the artists will live at sea for a month to complete the project.

Roberts, who is project lead, says there is still a long way to go. “We need to think about how we get onto the forts, how will we link them, how we get gantries onto them, how we paint them…The murals won’t be painted straight onto the rusted steel, we need to get undercoats on there and use marine quality paint. It’s really about preservation.”

Chairman of the Project Redsand Trust Robin Adcroft says the project is still in review. “As yet no agreement has been reached between Project Redsand and Painted Oceans to carry out the mural paintwork,” says Adcroft.

For the project to go ahead “much detail would need to be clarified and agreed upon,” says Adcroft who wants Project Oceans work to contribute to the long-term conservation of the site.

He adds: “Further public consultation would be required before  any go-ahead can be granted.”

If the project gets the go-ahead it is expected to be completed this summer and after that boat trips will take visitors out to see the work, according to Roberts who says it is too early to say whether people will be able to access a landing platform.

A crowdfunding campaign is underway to raise money for the project and an accompanying documentary. 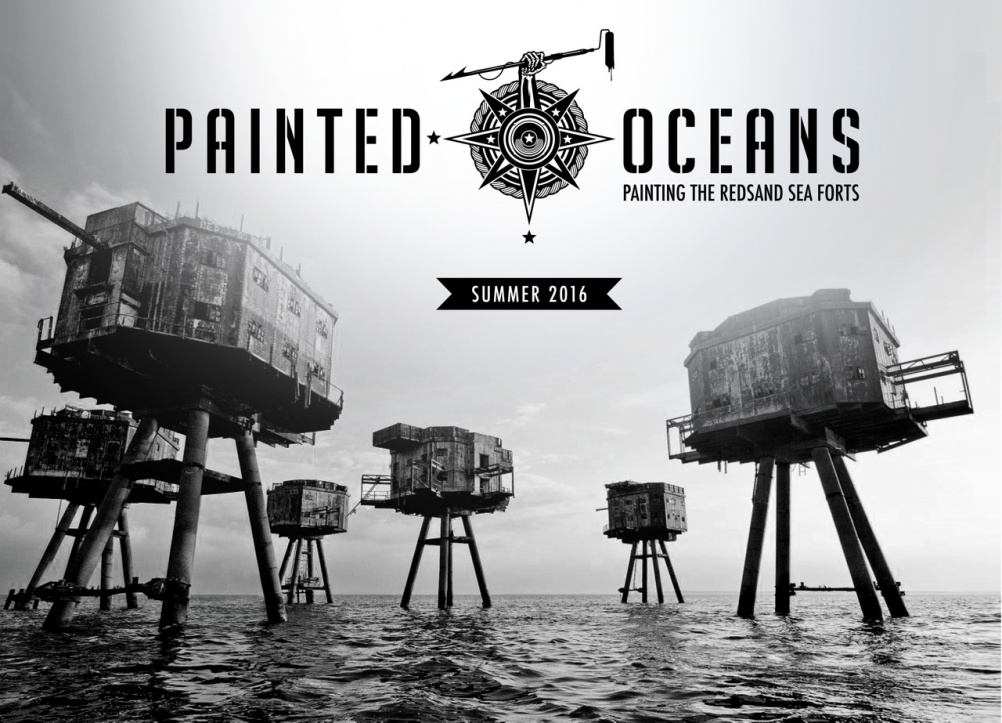 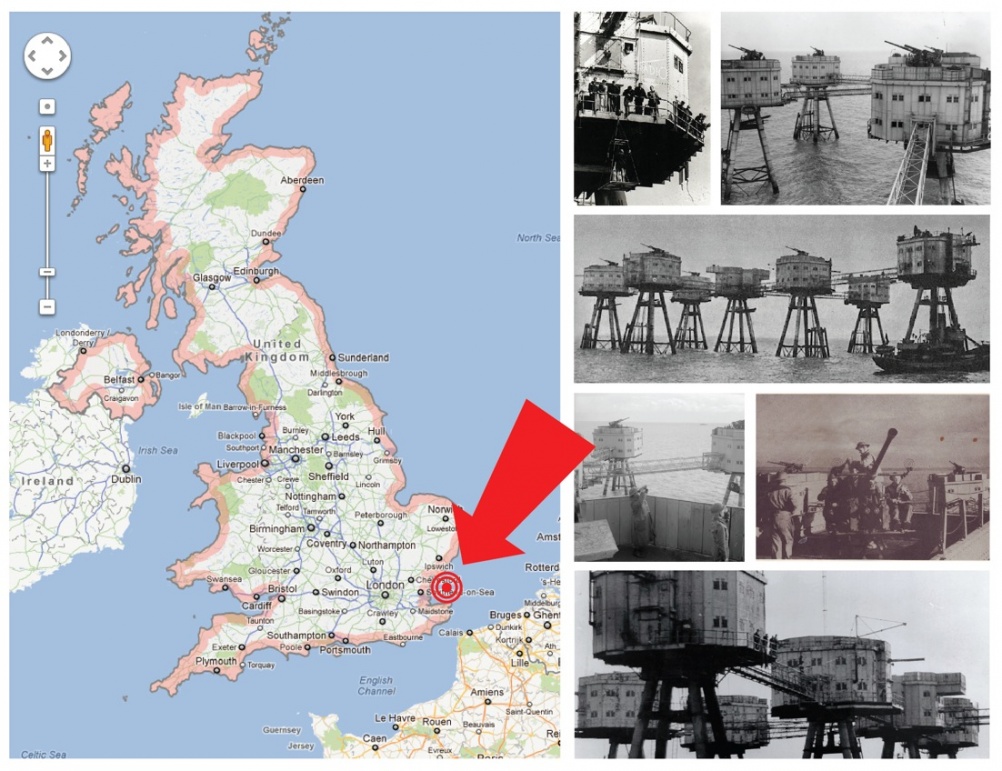 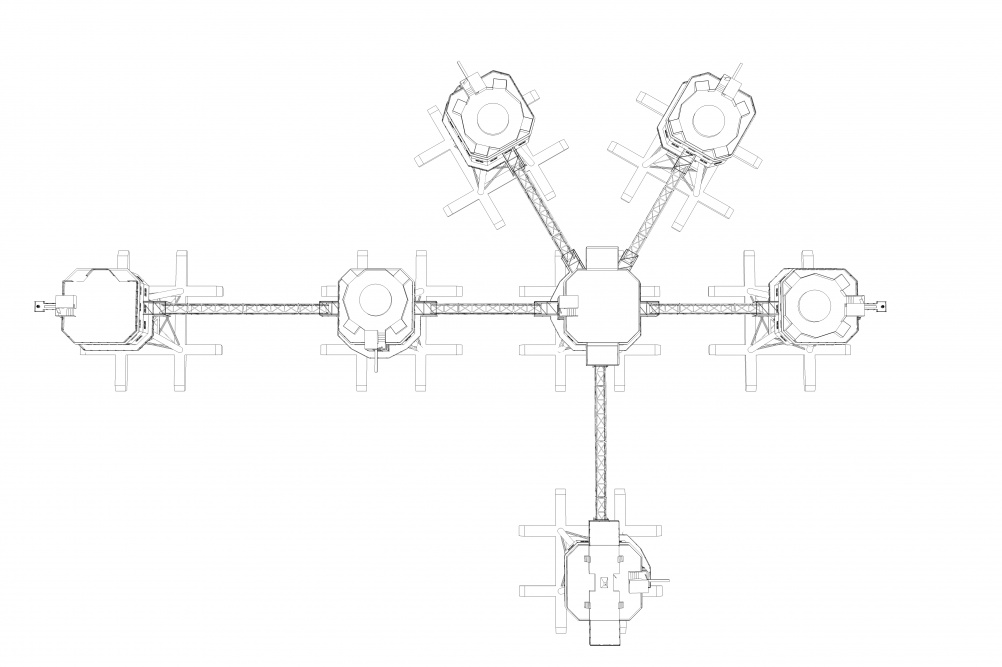 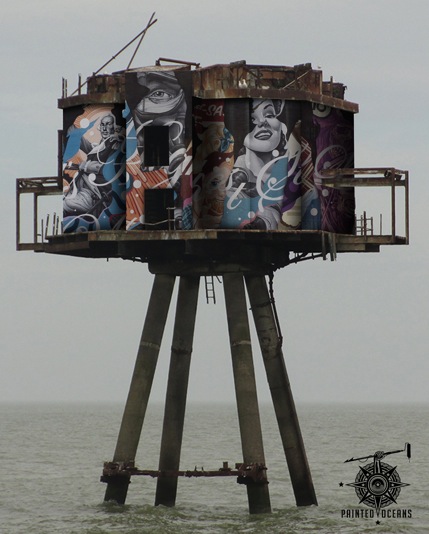 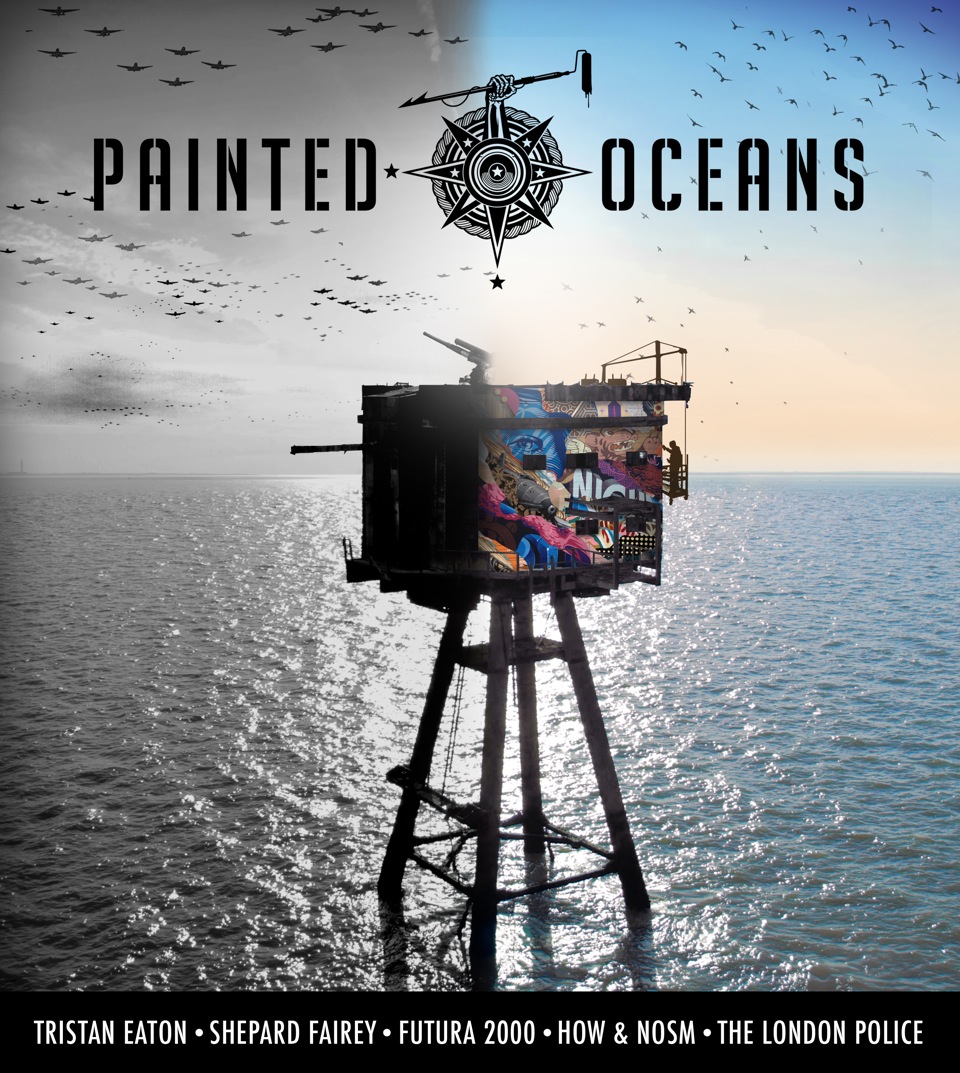 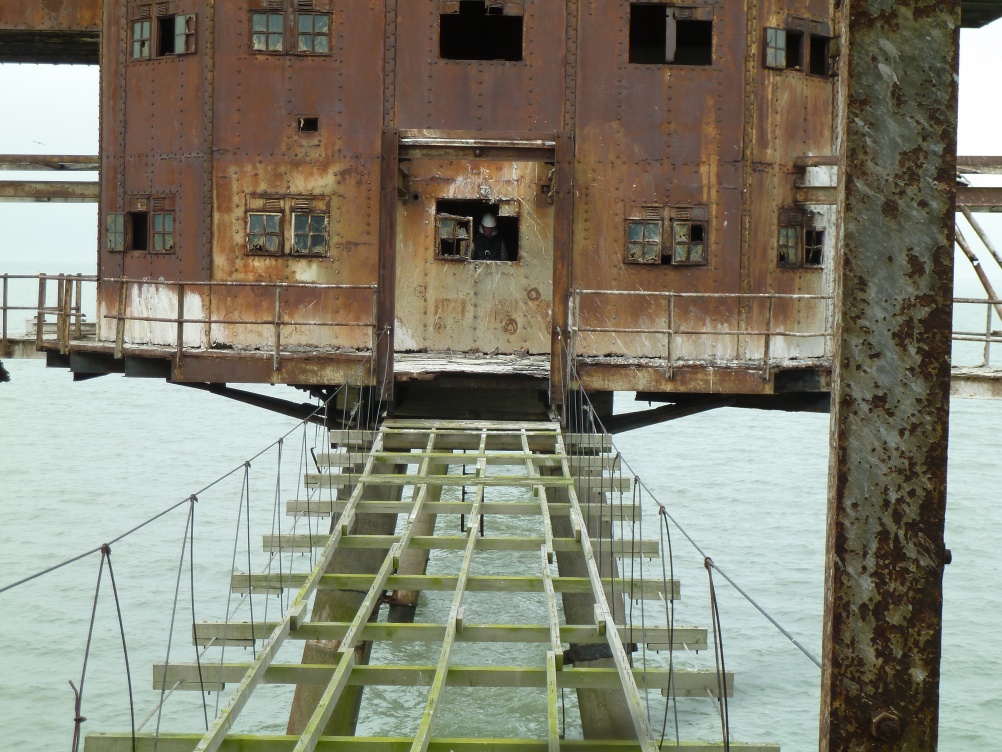 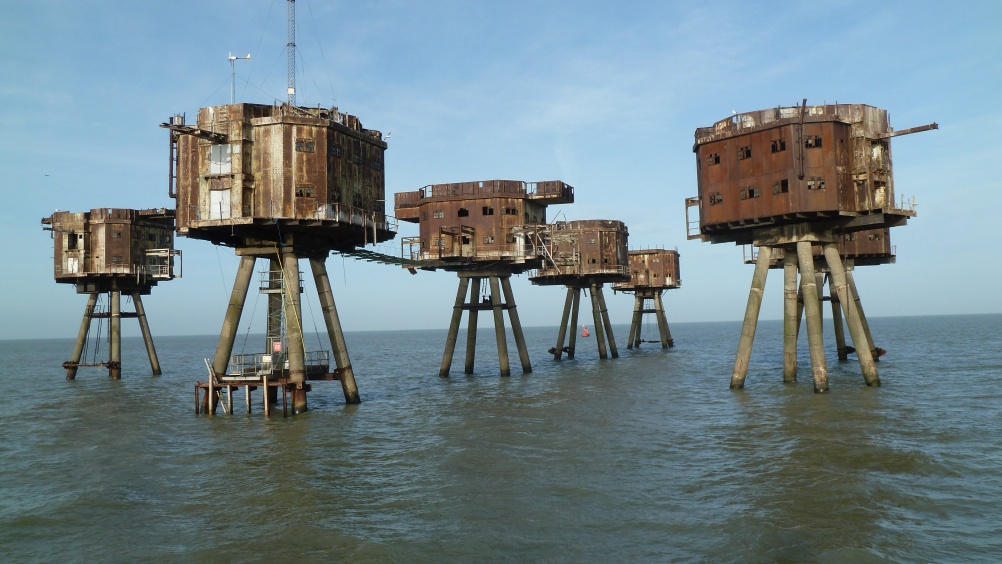