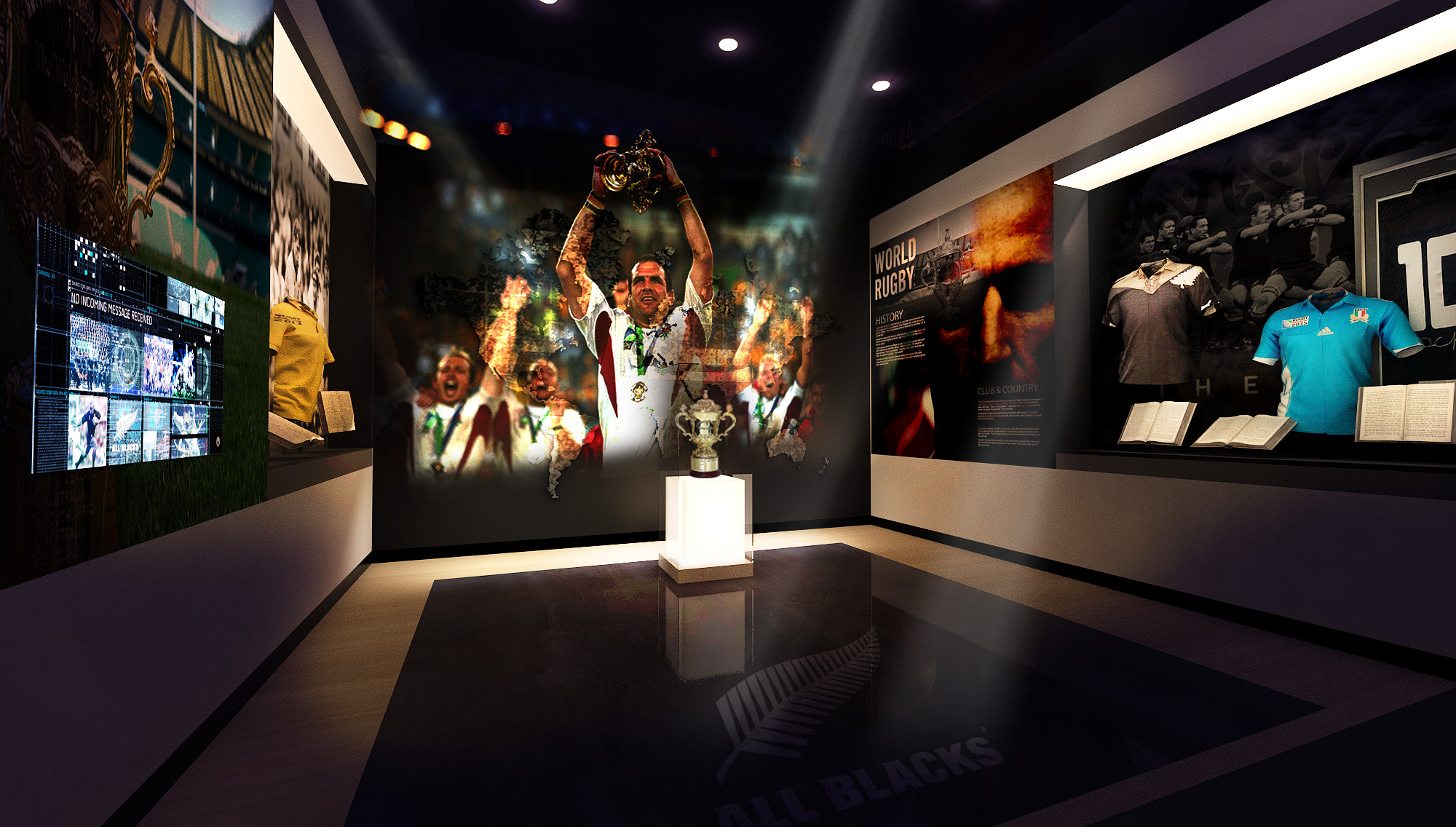 Mather & Co has designed the World Rugby Museum, which is set to open within the redeveloped East Stand at Twickenham Stadium, London.

The 650m2 museum has been commissioned by the Rugby Football Union and will chart the history of the game from its beginnings as “mob football” to the current incarnations of men’s and women’s professional World Cups.

“Exploring how the game is played throughout the world”

It will take a broad view of the game, according to Mather & Co CEO Chris Mather, who says: “Exhibits within the museum will explore how the game is played throughout the world, not just within the home nations.

“Visitors will also be able to learn how the sport has had a huge impact on schools throughout history, while being able to train like a professional player through physical interactives in the museum.” 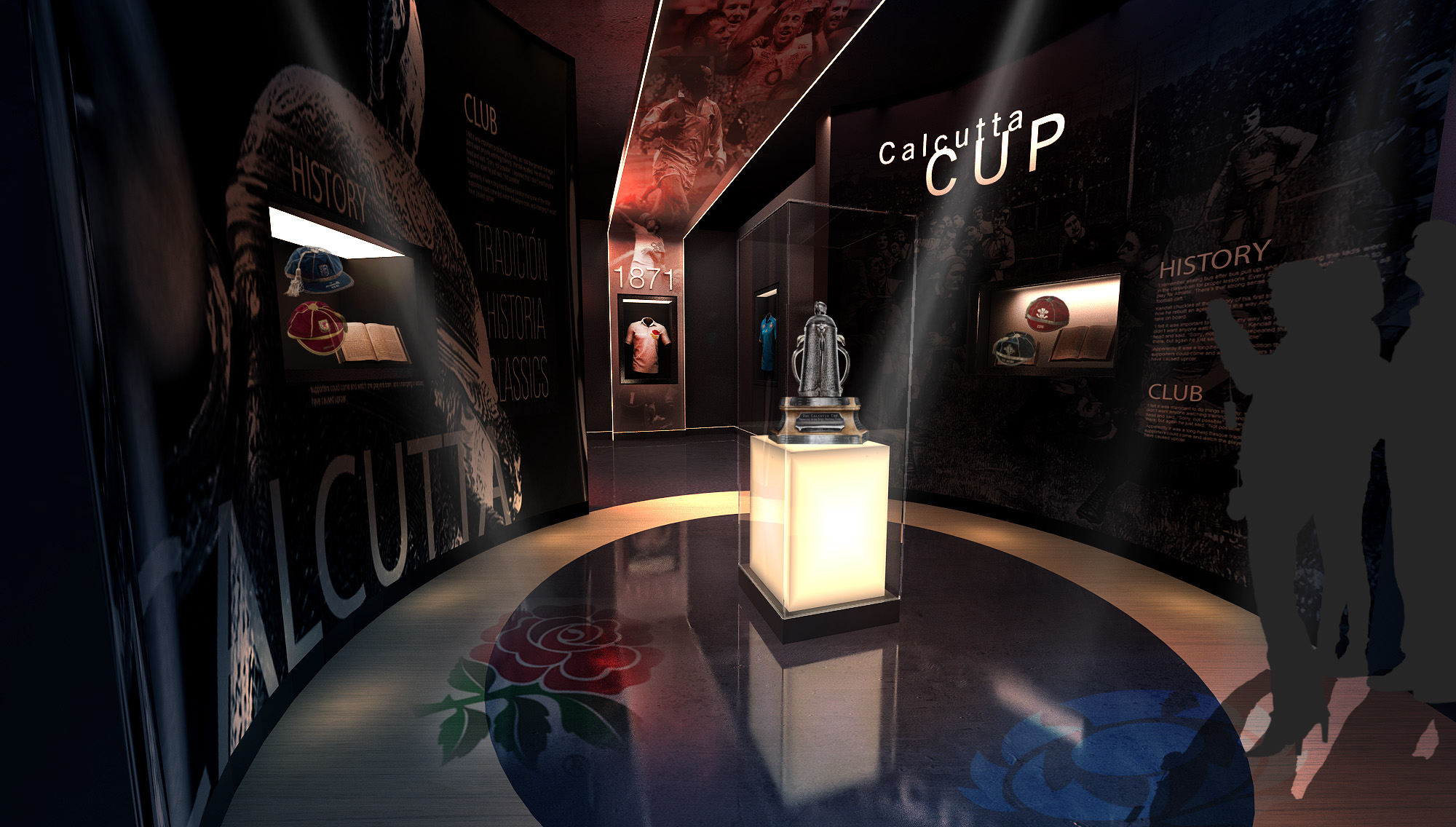 Mather & Co has previously introduced a series of interactive elements to the Springbok Museum in Cape Town – devoted to South African rugby – and has also designed the World Rugby Hall of Fame in Rugby, where the game was founded.

The World Rugby Museum in Twickenham will allow visitors to try their luck against Welsh goal-kicking backline player Jonathan Davies and have a go at commentating like the late Bill McLaren.

Elsewhere a sensory audio-visual experience will enable visitors to experience the intimidating pre-match Haka ritual of the New Zealand All Blacks.

A “virtual coach” interactive experience will help visitors understand the challenges of working alongside players and together with the other exhibits is designed to give a complete view of rugby.

The museum’s collection contains more than 38,000 objects, making it the largest collection of rugby memorabilia in the world.