Design Week: What is a marketing and business development manager?

Oliver Bingham: I manage the profile of the agency — we have to be proactive in the marketplace. The questions I’m asking myself everyday are: do the right people know about us, do they know what we do, are we saying the right thing to them? That means sharing content on digital platforms — the website is key.

I also manage the relationship with the PR agency, making sure our senior team are commenting on relevant topics and saying the right things. If there’s a prospective client, the idea is that they come to us, because they like our work or what we’ve said. We have to articulate our work in a way that makes sense to people.

OB: I did my Bachelor of Arts (BA) degree in advertising and media at Northumbria University, where we covered everything from idea generation to communication. I was always fascinated by advertising and liked the idea of working in that industry.

During the course, I fell in love with branding and creative communications in particular. When I graduated in 2012, brands had started to experiment with social media, so we were starting to work that out.

DW: What’s your career journey been so far?

OB: It started halfway through my third year when I realised I liked the strategic side of advertising. I set up a website and blog and started to review creative work in design and advertising. I would review a packaging redesign or a book I found interesting — you want to show you have an opinion.

I wrote up my CV so it had a lot of personality and sent it to local studios in Nottingham, Manchester and Derby. I also saved money and went to London to have conversations with people in the industry. I did internships at Underscore, Coley Porter Bell, The Dairy and Pearlfisher.

After university, I got a three-month internship at Dragon Rouge in account management, though I ended up doing a lot more on strategy and marketing. That became a permanent role, and I stayed for almost four years, working as a consultant for the final two.

After that I went to The Clearing as a consultant on brand architecture. I worked on brand creation for Ownable, an app where you can buy products featured in magazines.

I then moved to Studio Output as I wanted to focus on marketing. The studio was re-positioning themselves with a new website and proposition, and that had been what I was doing at The Clearing. It felt like a good time to join in order to articulate their message to the wider world and say: “this is what we’re about”.

DW: What first got you interested in marketing and new business development?

OB: Marketing is probably the most misunderstood part of the creative industries. It’s often seen as the ugly sister of design but it’s integral — you have to have a strong strategic view and maintain great relationships with everyone at a company rather than just one team. Marketing doesn’t just happen on its own; it requires a lot of different people with different skills.

When I came to Output, it was a good opportunity to build on the strong foundations they already had. They help existing brands thrive, but their own branding was punching below its weight. We do great work and have interesting people, but not enough people knew about it. People are really surprised when I say I’ve gone from consultancy to marketing. But it’s no different to what I did before — you have to identify a problem and fix it.

Having also done a lot of client work for studios, I was interested in the long-term focus on marketing that Output offered.

DW: What does a typical working day look like for you?

OB: Mornings tend to be for meetings. If it’s internal it might be with designers or head of production, looking at projects that are finishing. I’ll ask what the story is, and write a press release up, working out what our point of view is. If I’m meeting a potential client, I’ll work out what they need precisely, so I know what to put in a proposal.

The rest of my schedule varies. When we’re pitching for creative work, I make sure those are as clear as possible — that’s where my experience with strategy and accounts is useful. If a client has had a problem in the past, we need to pitch ourselves as the antithesis to that.

I also dedicate one day each week to writing, which I do from home. That could include thought leadership articles, a press release or a case study. We need to be creating interesting content — I’m a keen writer and it’s something that’s new to the company.

I also allocate half an hour just for thinking. That might mean looking at what’s happening in the press or thinking about other brands we could approach and help. Fundamentally, all I do is a combination of magic and logic — you have to have uncommon sense. It’s important to stop and just say, “let’s think about what we can do.”

OB: The good thing about it is that it’s as creatively challenging as you want it to be. The most creative marketing is what cuts through the noise — if you dedicate the time to be creative and think things though, you’re going to come up with thinking that’s different. If you don’t, it will be the same as everyone else. For me, creativity is looking at what 99% of people would do, and then doing what the 1% would.

You also have to be creative when writing proposals for potential work. I try to play around with narrative and storytelling — it’s an opportunity to tell clients something new and encourage them to have fun with it. It’s about finding a balance between getting them excited and building trust.

DW: How closely do marketing and business development managers and graphic designers work?

OB: We work together in a few different ways. They develop visuals for what we put on the website and social platforms, which could include a case study or an Instagram post. These need to be beautiful and cohesive.

A less traditional way we work together is on the thought leadership posts I write. I’ll go to the designers with an idea I have, and if they’re interested, they will do the visuals for it.

I’ll also ask designers which brands need help and who they’re interested in working with. It’s powerful to play to people’s passions. So when a music streaming platform like Mixcloud approaches us, I’ll go to a designer who’s passionate about music and they’ll have loads of ideas.

DW: What strengths do you need to be a marketing and business development manager?

OB: You’ve got to be a sponge — you have to absorb loads of information and capture the bit that matters the most. You have to always be asking questions: what? When? Why? How can we help this brand? What can we say that will capture attention? That creates a unique point of view.

Communication is important — on the phone, in writing, in narrative. There’s no such thing as a bad idea, but there is a good idea that’s communicated poorly. A design studio is only as good as what it’s putting out.

You also have to understand the commercial side of the job — to know the role a brand plays in growing a business and being able to convince your client of that.

OB: There’s a warm and fuzzy feeling when you win a piece of work. You’re the one who’s spoken to the client first and it’s only through you connecting the dots with everyone else that the work is possible.

You also play a big role in developing talent in the agency — giving junior designers work and championing them if they do a great job. 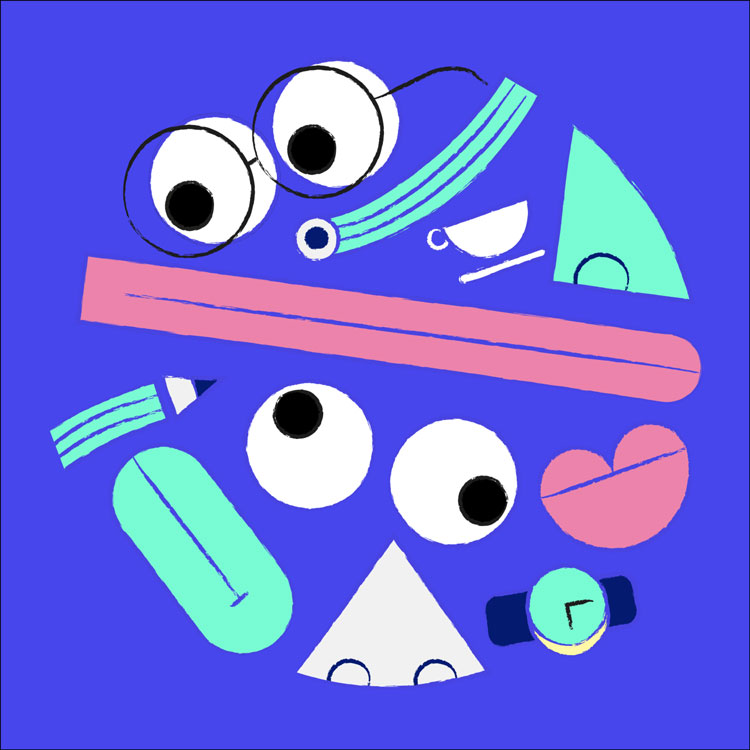 OB: It can be high pressure. You’re ultimately responsible for clients knowing about the studio and work coming through the door. It’s a lot to manage — with both expectation and the work you’ll be doing.

I also can’t do my role alone — the burden has to be spread. I’m lucky to have a team that is getting to grips with what marketing actually is.

DW: If you were interviewing for a junior marketing and new business development manager, what would you look for?

OB: I would look for someone I could have an argument with. So much of what we do is having a point of view; you have to have the confidence to form an opinion — which can be hard for people starting out — and also the self-belief to back it up. I also look for someone who is logical but can apply that logic in new and interesting creative ways.

You also have to get up to speed with how the studio works — that’s the most interesting part but you have to work with everyone and understand how all the departments work together. 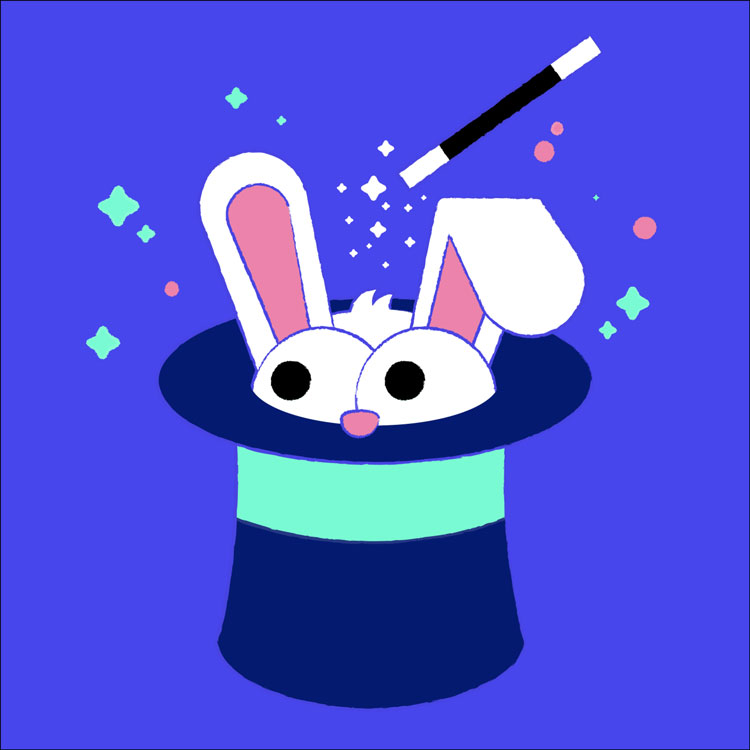 DW: What advice can you offer people considering a job in marketing and new business development?

OB: If you go about it the right way, and show your personality on a CV, that goes a long way. You can use an Instagram or LinkedIn to tell a story — just do something interesting or different.

Keep abreast of branding news. Read publications like Design Week, The Drum and the Financial Times once in a while. You don’t have to read every edition of The Economist but be able to drop in an interesting anecdote.

DW: What is the job market like for marketing and new business development managers?

OB: There are recruiters for it, but some don’t give prospective talent the time of day so you’ve got to do it yourself and forge your own path. Send emails, be proactive — but don’t be annoying.

You have to go for the meetings, come down to London and do a load of research about each company you interview at. That can be soul destroying, but it makes it all the more rewarding when you succeed.