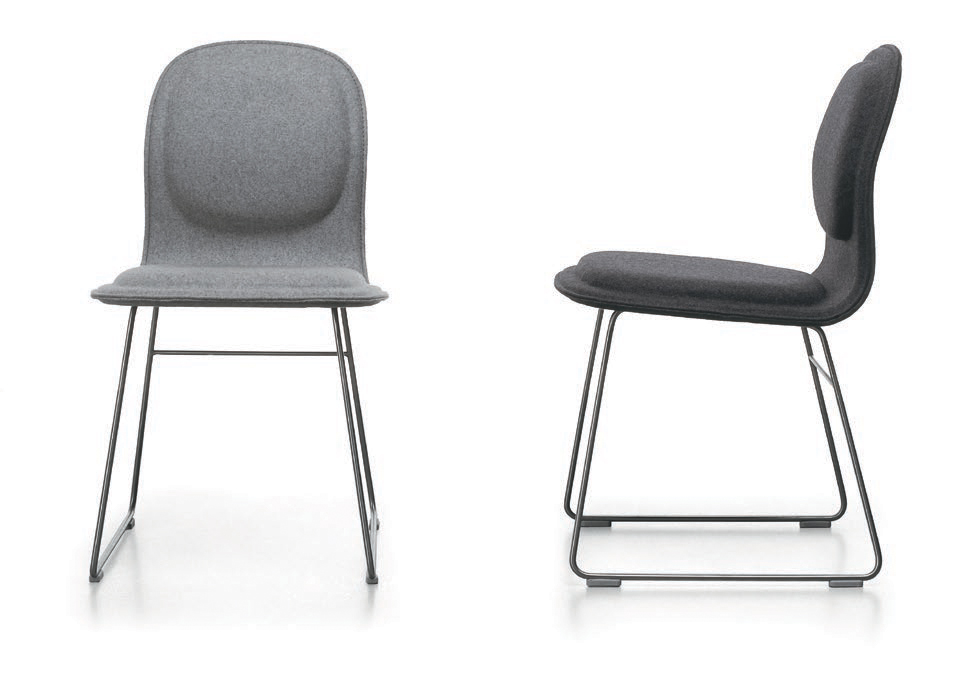 “One of those designs which shows a pleasing resistance to age, now 16 years old and holding itself up well against the tides of fashion. I drew it on a paper serviette during a lunch with Giulio Cappellini a few weeks before the [Milan] fiera. It was prototyped, revised, and presented at the fair in typical Brianza, last-minute style.” 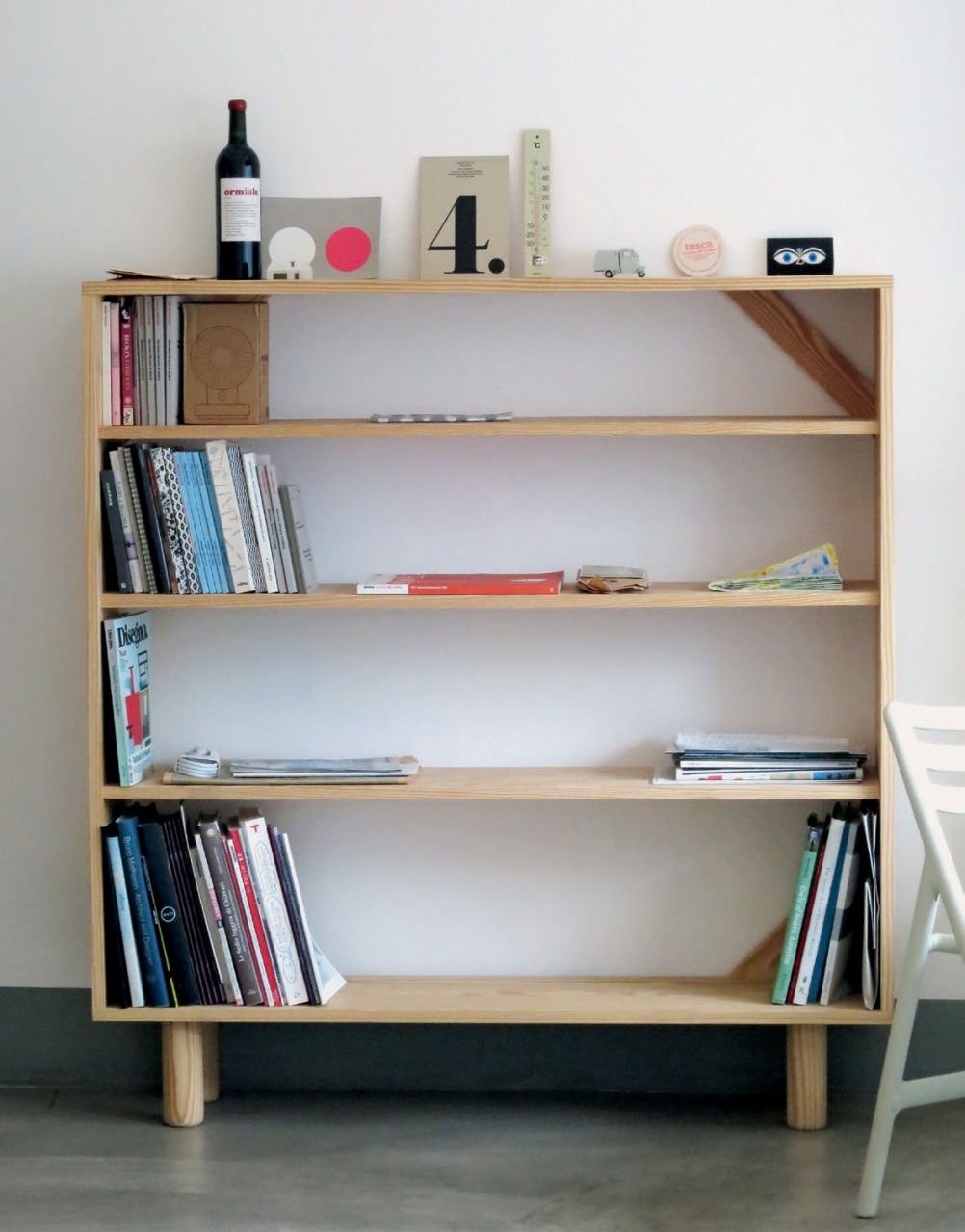 “I moved into an apartment in Paris without much furniture. I found an old wine crate the  builders had been using, cleaned it up, and used it as a bedside table. Two years later I began  to realise that it was a very good bedside table, probably better than anything I could design. Established & Sons asked me to do something for them at around this this time. Knowing their collection to be all about a certain eccentric British type of creativity I thought the crate would  be the right kind of project for them. To their credit, specifically Alasdhair Willis, Mark Holmes  and Sebastian Wrong’s, they understood the irony where many companies might not have got it, and we reconstructed the crate with a slight upgrade for domestic use (proper joints instead  of nails).

“We launched it at the old Pelota building in Milan and were surprised by the controversy it created. Many people, including some who I thought would understand, found it a cynical abandonment of the designer’s duty to create, but though there was a certain amount of tongue- in-cheek involved, I meant it as a serious proposal, with appropriate aesthetic and functional qualities. Some complained to me about the price (perfectly reasonable for a solid wood bedside table), and my answer was to go to a wine shop and ask for the original. It astonished me that  a well-meant practical solution could upset so many people.

“We followed The Crate with a family of other pieces, low tables with hinged lids, bookshelves, a bed, a cupboard, and a chair. It was never going to be a big commercial hit but it has its supporters and I believe for certain less conservative interiors it offers good atmospheric influence.”

“I’d tried a few times to design some drinking glasses and found it to be one of the most difficult projects. Then one day I found some antique stem glasses in a junk shop in Paris. After using them for a few years I understood how perfectly unpretentious they were and what great atmosphere they gave to the table. They provided me with the starting point for the wine glass designed to complement the porcelain tableware we were developing at that time.

“As the originals were hand-blown, each of them was a slightly different shape, so I spent some time working out which was the best of them and then recreated the line as a computer drawing and modified it again very slightly to give it exactly the character I wanted. Then I enlarged the foot, which seemed to balance the bowl better, and the molds were made from that finished outline.

“The new glass was slightly different, yet related to the old ones, lacking their variety of shapes and yet having a certain strength of character to substitute for the lost charm. The other glasses followed easily, adapting a very normal type of straight-sided, tapered tumbler by adding a slight curve to their profiles.” 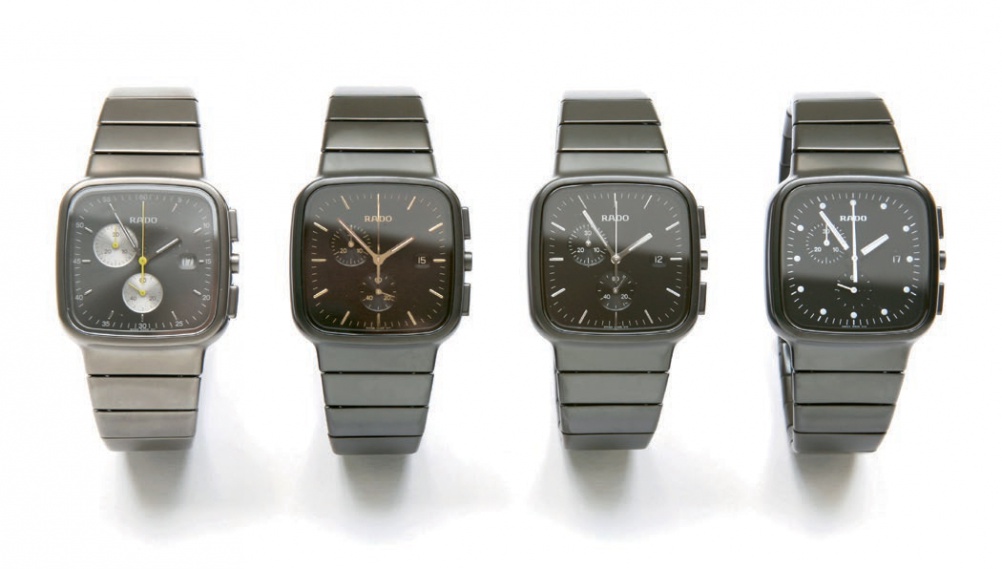 “Following a redesign of the Rado Ceramica to celebrate Rado’s 50th anniversary, Nadja Zerunian and François Nunez asked me to develop a completely new watch. At that time Rado was probably the only watchmaker using high-tech ceramics and, as invitations from the watch industry to designers like myself are rare, I was pleased to accept a second project. I proposed a rounded square shape which at that time was not a very fashionable item, but I wanted it to to have a sporty and slightly digital character. We named it the r5.5 after the radius at its corners.

“Working  at such small scale was a surprise to a designer of chairs who’s used to adjustments of 5 mm here or there. In the watch business a unit of 1 equates to 0.01 mm! Several models were developed, of which the black-and-white stopwatch and the platinum ceramic-finished models are perhaps the more successful.”

“I bought a folding camping chair in Japan which had a similar canvas seat on a bamboo and aluminium folding structure. I liked the comfort and character of it and decided to try to make it into an indoor chair. It wasn’t easy. The laminated bamboo of the original had a strength which  was difficult to match with solid wood, and we failed a few load tests before we got it right. The covers were developed with Alessio Canavese at Cuciflex and we made two models, one for dining and another more reclined version.

“It’s extremely comfortable and I like the camping genes it has, but my vision of it as an indoor chair was not shared by the market unfortunately, who took it to be an outdoor chair. There are so many factors at play in the success or failure of a product that the slightest miscalculation can make the difference between them.”

“One of the office’s longer-running projects, but worth the wait. We started in 2008, and five years later we had a bag with handles and some zips, which sounds ridiculous if you don’t know Michael Maharam and the intricacies of detailing a bag, sourcing good fabric, and finding someone to make it how it should be made.

“The principle of the bag is that wherever you go it goes too; the pockets are asymmetrically arranged to help you find what you’re looking for, for example the pocket on the outside of one end is matched with one on the inside at the other end. There’s  a closing flap which can be left hanging in the bag for everyday use, or be closed for travel or bad weather. When closed it’s positioned below the top edge of the bag to allow you to keep a newspaper or a folded raincoat on top. In short it’s a bag which I’ve been designing since I was old enough to carry one.”

Jasper Morrison, A Book of Things, is published by Lars Müller priced at £43. It is available at www.lars-mueller-publishers.com.