Free The Birds, The KidzCafe 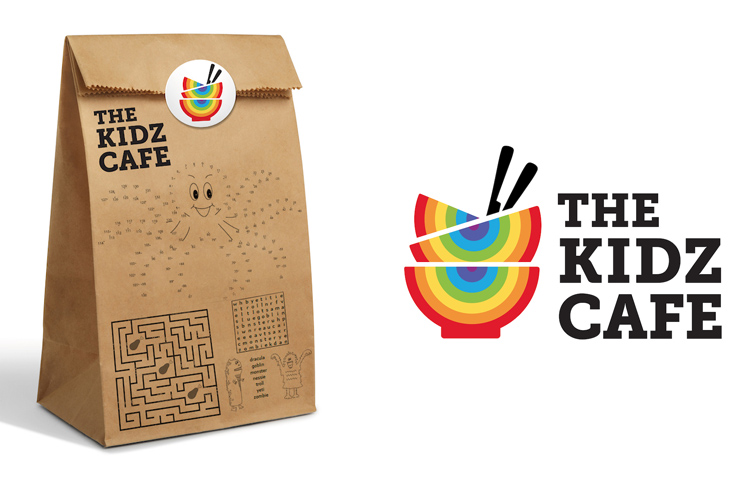 That children are going hungry at home is one of the most pressing consequences to come out of the coronavirus lockdown. But unfortunately, without free school meals, many poor families are having to make food stretch further than ever before. To tackle this issue in the London Borough of Tower Hamlets, the KidzCafe has been launched – an initiative that seeks to feed children in the area daily, nutritious meals while school doors remain shut for many pupils.

Working on a pro bono basis, London-based brand communication and design studio Free The Birds developed the identity for the KidzCafe programme. Using what they refers to as the “children’s universal symbol of hope” – the rainbow – the team has created a range of assets, including packaging and social media communications. The logo for the KidzCafe was also devised by Free The Birds and follows the rainbow motif by using the multicoloured arches upside down, to create a bowl.

It was supposedly while daydreaming out the window and imagining a future post-coronavirus that Pentagram partner Giorgia Lupi came across the idea for her next lockdown project. Wanting to move away from death tolls and the other heavy statistics that have formed a constant flow throughout the pandemic, Lupi and team have created Happy Data, a design project that highlights some of the more uplifting numbers to come out of the crisis worldwide.

Data included in the project reveals more positive consequences like the decreasing levels of air pollution in Italy, the uptick in volunteering in New York City and the amount of money donated by professional athletes and sports teams in support of coronavirus response efforts. The data has been converted into hand-drawn-style infographics, and each placed against a backdrop relevant to the subject matter. 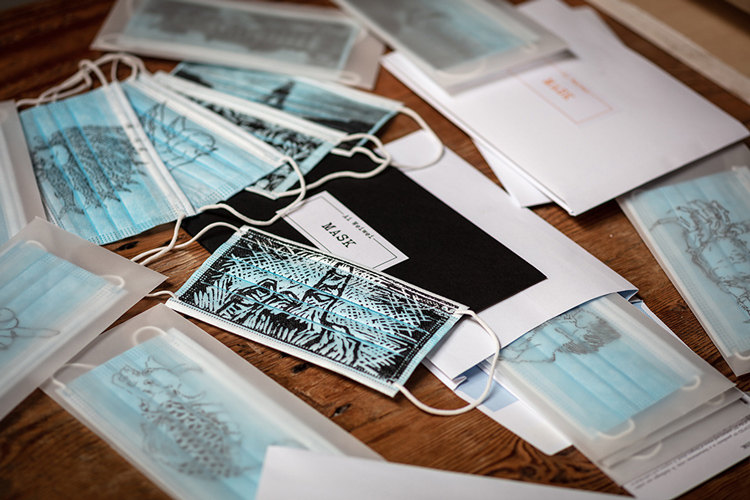 In a bid to raise funds for COVID-19 relief efforts being led by Human Rights Watch, Refugees International and Médecins Sans Frontières, artist and activist Ai Weiwei has launched his MASK initiative in collaboration with online marketplace eBay. The art project, which began in May and runs until 27 June, sees personal protective equipment (PPE) masks adorned with Ai’s artwork sold off on eBay to raise money.

The face coverings have been hand-printed, and the art depicted on the non-surgical masks takes inspiration from Ai’s “lifelong campaign for free speech and individual rights”. The imagery has been donated by the creative, and was curated by Alexandra Munroe, senior curator of Asian art and senior advisor for global arts at the Guggenheim Museum. 100% of the proceeds will be sent to the three benefitting charities and prices for the pieces start at USD$50 for one mask.

Hope&Glory, We Live in Interesting Times 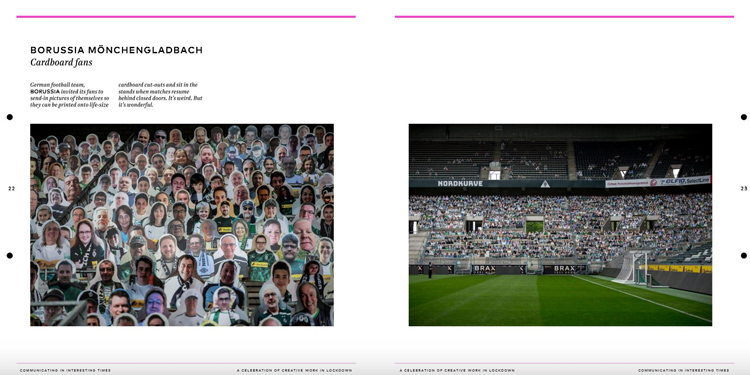 As the name of Hope&Glory’s new online book suggests, the world in the age of the coronavirus is a strange one for brands to navigate. Audiences and their lives have changed, and to keep up, brands have had to change too. Some have pivoted with innovation and style; others have weathered the COVID-19 storm with humour and esoteric tactics. Wanting to shine a light on both sides of the coin, the team have compiled a list of 150 brands in their new book.

We Live in Interesting Times is free to read online and features examples from around the world. In its 250 pages, the team has highlighted the funny, like German football club Borussia Monchengladbach’s invitation for fans to send in pictures of themselves to be printed as life-size cut-outs to fill stadium seats; the innovative, like IKEA’s children’s guide to building pillow forts at home; and the unheard of, like NFL team the Detroit Lion’s use of Nintendo game Animal Crossing: New Horizons to announce their match schedule for next season. 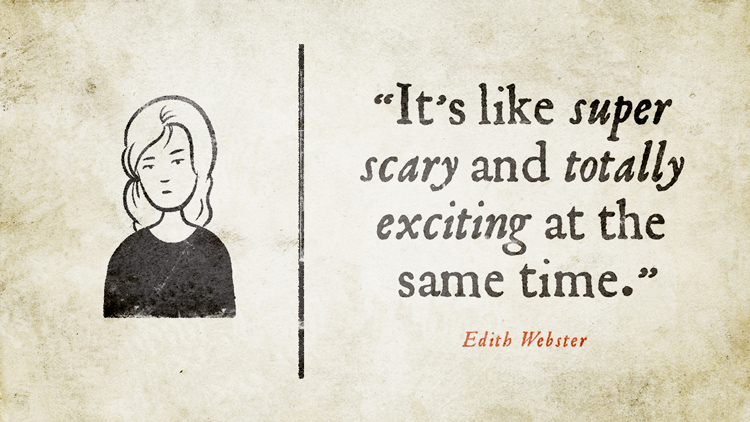 Quarantine may have been a new concept to most of us at the start of the coronavirus pandemic, but that’s not to say it isn’t without precedent in history. In the latter half of the 1600s, the small Derbyshire town of Eyam was an early pioneer of the quarantine tactics we have become so used to today, shutting itself off from the rest of the country to prevent the spread of the bubonic plague to its neighbouring towns and villages.

Wanting to tell an “alternative” story for Eyam, illustrator Nick Burton has teamed up with Manchester-based arts centre HOME to do just this. Our Plague year is significantly different to the true story of Eyam’s plague but uses the events and setting to explore human behaviour and self-isolation, while drawing connections between aggravated misinformation, fear and discrepancy of wealth back then and now. 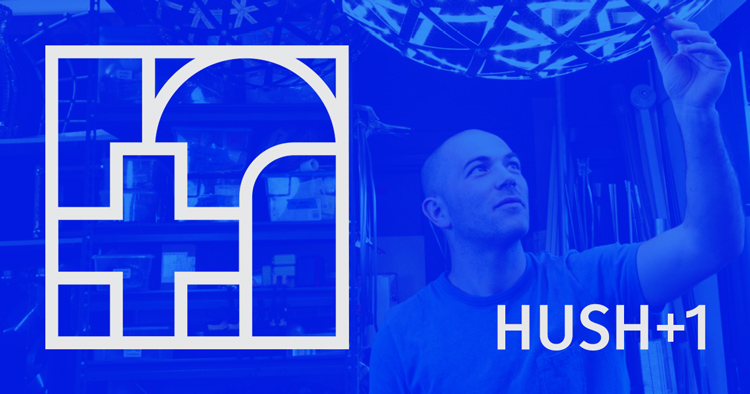 Within experience design studio HUSH’s operations is a weekly in-house speaker series called Creative Jam. Aiming to bring this insight to a wider audience, the team has launched HUSH+1, a bi-weekly podcast series “for makers, by makers”.

The podcast seeks to explore stories and methodologies from across the creative spectrum, featuring insight into design, tech, fashion, engineering and more, with the intention of showcasing to listeners the hugely different ways that one can be a creative, and how these different disciplines can interact with one another. It is hosted by HUSH systems designer Adam Kruckenberg. 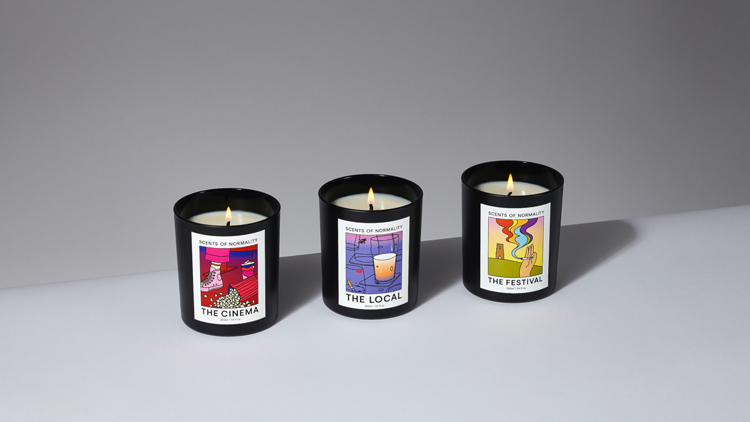 Among the sectors most affected by the UK’s lockdown, hospitality businesses have perhaps been one of the worst affected. Widespread closures, job losses and pay cuts have plagued pubs, cafes and restaurants across the country, and the question of how many will be able to reopen again when measures are lifted looms. To help support workers in hospitality, Uncommon Creative studio has teamed up with fragrance brand Earl of East to raise money with a uniquely scented set of candles.

Scents of Normality candles come in “three evocative scents, reflecting some of the nation’s favourite hangouts, The Local, The Cinema and The Festival,” claims the studio, who have designed the packaging for the products. These have been paired with Uncommon’s witty tone of voice. A good example: The Local candle describes its scent as having “top notes of spilt beer… the ersatz-lemon of a urinal block…freckled with cigarette ash”.

Following on from its rebrand earlier this year, Polaroid has partnered with Ridley Scott Creative Group to create a series of videos that explore the science behind the Polaroid printing process. Seemingly a simple point-and-shoot process, the videos explore the complex chemistry that needs to take place in Polaroid factories in order for users to hold these moments in their hand.

The finished project, according to Polaroid, is a film that reveals “the magic that happens at the intersection of art and science”.