Design studio The Click has rebranded Norwich’s American Library with a logo that ties together US iconography and the world of literature.

As well as a new logo and name, the redesign covers wayfinding at the library and a range of printed materials and merchandise such as T-shirts.

The American Library was founded in 1963 and previously known as the 2nd Air Division USAAF Memorial Library. It was set up to commemorate the almost 7,000 American airmen who lost their lives during WWII and who were stationed in Norfolk and Suffolk.

The library now has a collection of 4,000 books about American life and culture as well as digital archive of 30,000 original photographs, letters and memoirs. It also hosts events.

“The name didn’t mean a lot to many people” 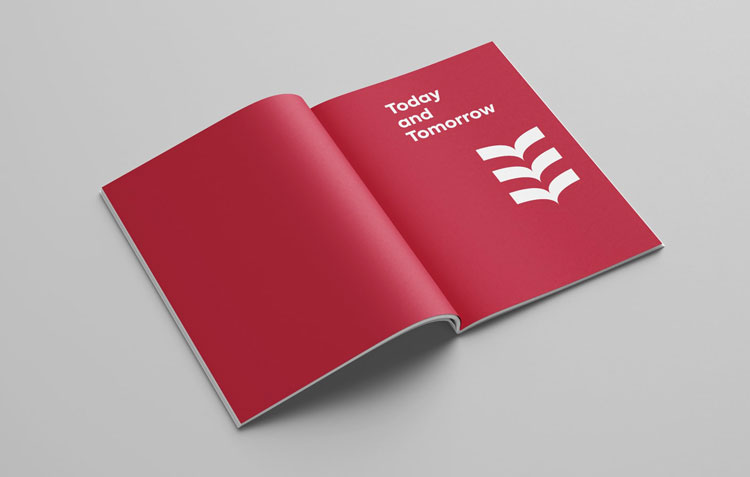 The Click founder and creative director Bobby Burrage explains that the new name was the first step in the redesign process. “The name didn’t mean a lot to many people,” the designer says.

“We discussed what the library actually is and it’s books, artefacts and archive material on America, not specifically to do with WWII or with any military significance,” he adds.

He hopes that the new name means that the library’s purpose will connect with the wider community into the future, as the direct links to the historical period has become more distant over the years, according to the designer.

The identity developed from this name change, Burrage says, starting with the logo. He says that the design combines “two beautifully simple references”: the American flag and the shape of a book. 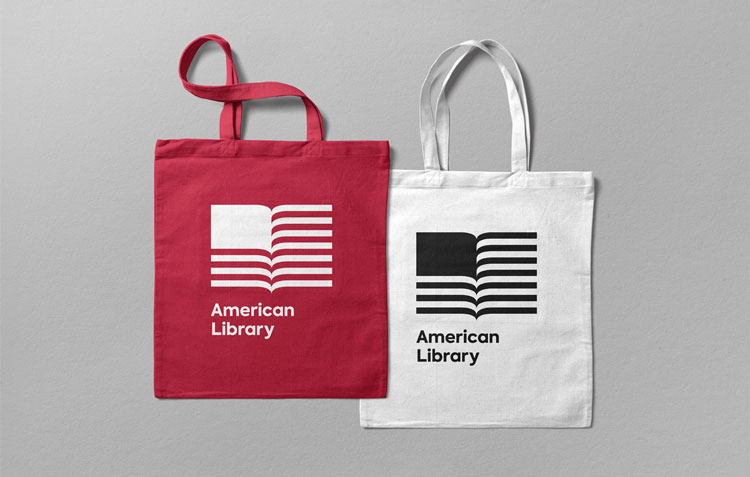 “If anyone thinks of America, the flag would be up there with one of the most iconic visuals,” Burrage says, “and the same goes with a book for a library.”

The studio tried out a few variations for the logo, such as incorporating a ripple effect to suggest a windswept flag, but ultimately decided on the “pared-back and geometric” route, the designer adds.

The ambition for the graphic was simplicity and the one detail is the “nip in the middle” to represent the spine of the book, Burrage adds. The above animation shows the logo’s various lock-ups, which use the stripes as a grid.

The American flag’s colours – red, white and blue – were all considered for the logo, but the final design uses only red and white. Burrage explains that the reference to the flag was clear enough without having to add all three colours. On the wider identity, black has also been used as a complementary tone. 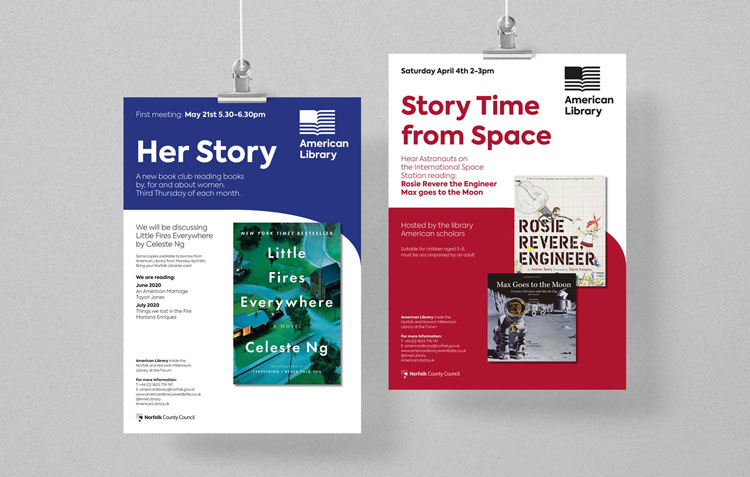 “A strong logo can be a powerful tool” 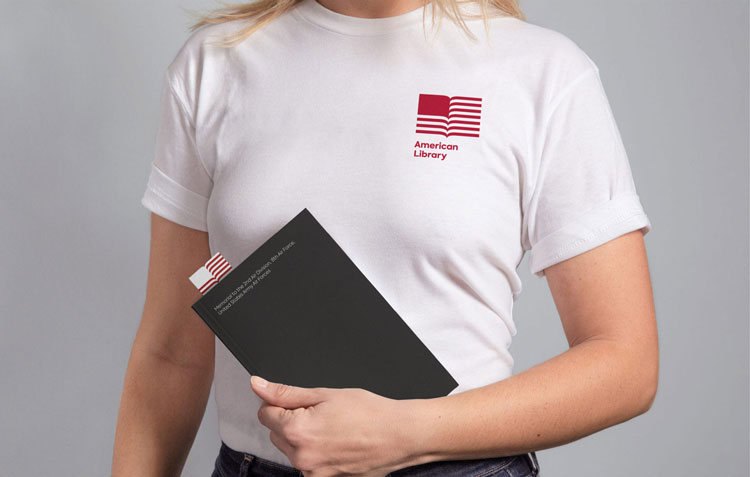 “For an organisation like this, a strong logo can be a powerful tool,” Burrage says. Elements of the logo are used throughout the wider identity, like on the templates for posters advertising events at the library.

The wayfinding also uses the logo’s stripes to form direction arrows. These bleed off the side of the canvas or take up the whole wall itself to create more impact, Burrage adds. The typeface Axiforma has been used for the wordmark and body copy. 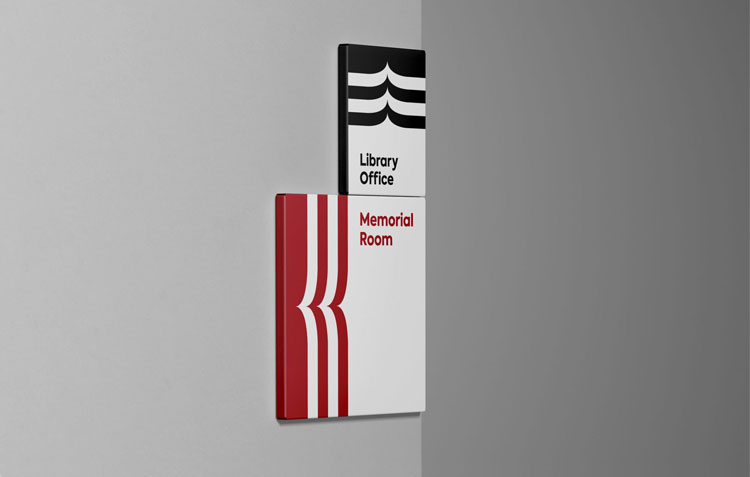 For page details on brochures and printed material, the studio has zoomed in on the logo and created stripe patterns. These are also reminiscent of military badges that denote rank, according to Burrage.

While the new signage has been installed at the building, the library has not yet reopened to the public because of further lockdown restrictions. 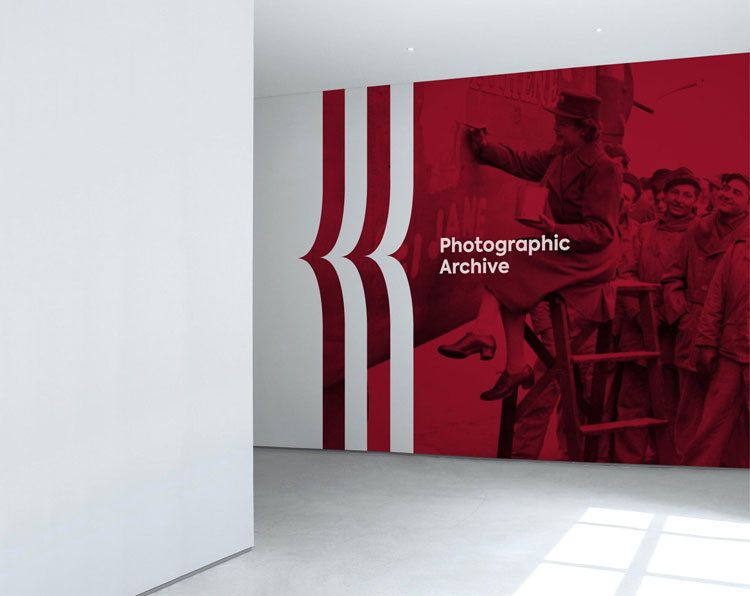 What do you think of the American Library’s new look? Let us know in the comments below.