Designer Es Devlin has brought 197 trees with her to Glasgow’s COP26 conference. The small forest will be the setting for the New York Times Climate Hub, which is set to host a series of keynote talks from the likes of Greta Thunberg, Malala Yousafzai and Ban Ki-moon while heads of state debate climate action elsewhere in the city.

The 197 living trees each represent a country. After COP26 ends, the trees – which are all local varieties – will be replanted in Glasgow.

This isn’t the first time Devlin has made an environmental point with trees. Earlier this year she planted a 400-tree forest in the courtyard of London’s Somerset House as part of the London Design Biennale. She says Glasgow’s Conference of the Trees won’t be her last foray into forest-building either, explaining there are plans for a similar project in the US. 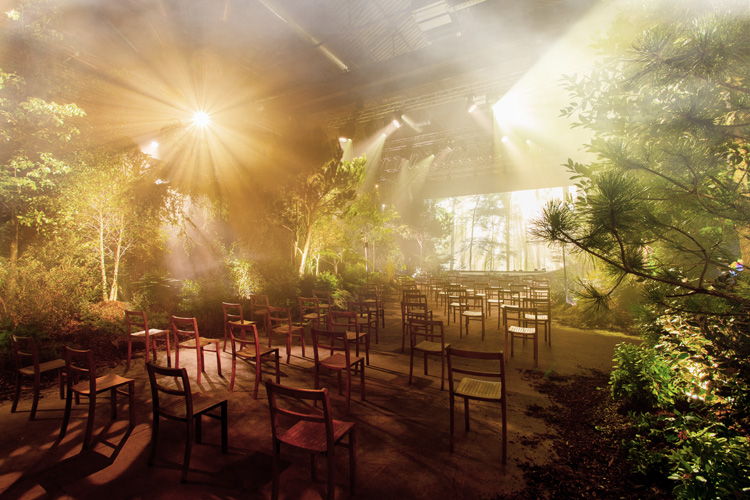 “Gardening and landscaping are not in my background at all”

For Devlin the mark trees leave behind can be a powerful statement when visualised and experienced. “As a maker of things, I’m always concerned that in the interest of raising awareness I am myself going to leave a large carbon footprint,” she says.

Devlin explains that while it is a considerable effort to source, transport and plant the trees, the carbon emitted while the installation is developed will be sequestered over the lifespan of the trees. Additionally, she says the projects have been an excellent way to meet new people working in sectors that don’t usually cross paths with design.

“Gardening and landscaping are not in my background at all,” she explains, adding that she has worked with Philip Jaffa, founder and director of “forest architecture” practice Scape Design Associates for these two projects. “When you forge these relationships, it leads to such huge research opportunities too.”

Devlin says she has researched the “very calculable” benefits of living in and around large tree-covered spaces. So much so, she believes cities should “bite the bullet” and increase average tree cover from its current 19% to 50% to improve the wellbeing of citizens. 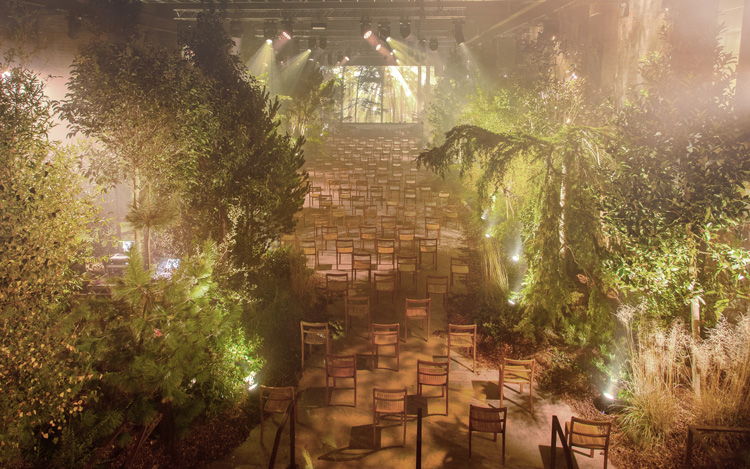 “We’re not the only show in town”

And then of course there’s the symbolic nature of forests. Devlin says with her own background in literature and theatre, she knows well how “transformative” forests can be. “Historically, the forest has always been a place of transformation – whether it’s A Midsummer Night’s Dream or As You Like it, the characters go in, have a moment of change, and leave in a different state to when they entered,” she explains.

A more contemporary inspiration, Devlin says, was Richard Powers’ 2018 novel The Overstory. The book explores the story of five trees, which each develop relationships over their long lifespans with nine humans. “I think for me and so many others the most striking thing about the book was that for once the protagonists were not human,” she says.

The book, she says, forces its readers to consider life from the pace of trees which live much longer lives than us. “It helps you to recognise that we’re not the only show in town,” Devlin says. This thought was an inspiration for the name of the project – Conference of the Trees. “It struck me that we’re having a Conference of the Parties and all these representatives of nations and that there are other living beings with a stake in this too,” she says. If more designers, and more people in general, understood this, she says a “real shift” would follow. 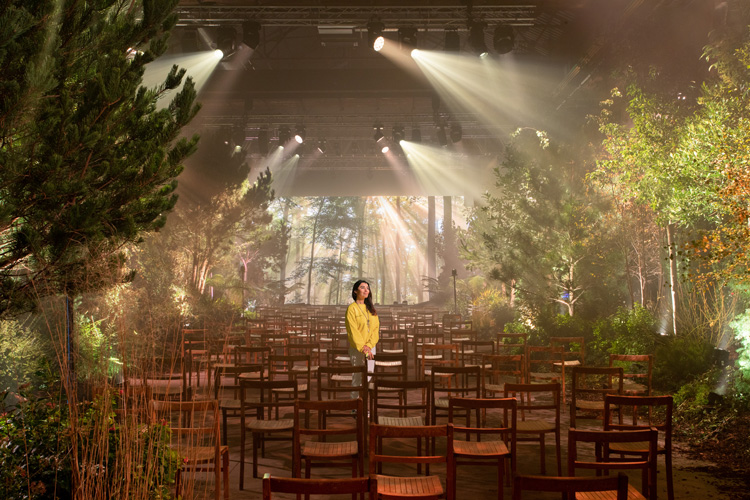 “The role of art is to make the revolution irresistible”

As for how the world can achieve that “real shift”, Devlin says designers are going to need to play a big role. Using the example of COP26, she says: “We need to be able to take these ideas from the rooms in Glasgow and make them immediately felt, understandable and actionable at every level.” Since these ideas and issues can be very abstract, Devlin says it is the role of designers and other creatives to make them feel more concrete.

Devlin recalls a saying from a friend, author and activist Toni Cade Bambara: “The role of art is to make the revolution irresistible”. And another from ecologist philosopher Timothy Morton: “The role of artists is to amaze people into shifting their behaviour”. These two remarks stand out, she says, because it’s not motivating to anyone to only tell them what they cannot do.

It’s a lot to ask of designers, and Devlin says she knows it is an intimidating topic to explore. To strengthen her own resolve, she says she has recently been looking into the time it took to get smoking banned indoors. From the mid-sixties – when scientists realised the ill-affects of smoking on our health – to the eventual UK ban in 2006, Devlin says there were 40 years of people saying they couldn’t imagine a world without smoking indoors. “And now we can’t think of it the other way round”, she says.

“We obviously don’t have 40 years to get things right this time around,” Devlin says. “But it is a good example of how change can be enacted if everyone pulls their own weight – from the global and national levels, to the personal.”