Pentagram has created new branding for online used car retailer Vroom, which aims to emphasize the “convenience” and “ease of use” of the platform, while steering away from the old-school concept of high-pressure car sales.

Vroom allows customers to buy a quality second-hand car online “in minutes” according to the company, and have it delivered to their door.

Michael Bierut, partner at Pentegram, says: “They already had this great name, Vroom. In America, those five letters are associated with gunning an engine and driving in general. 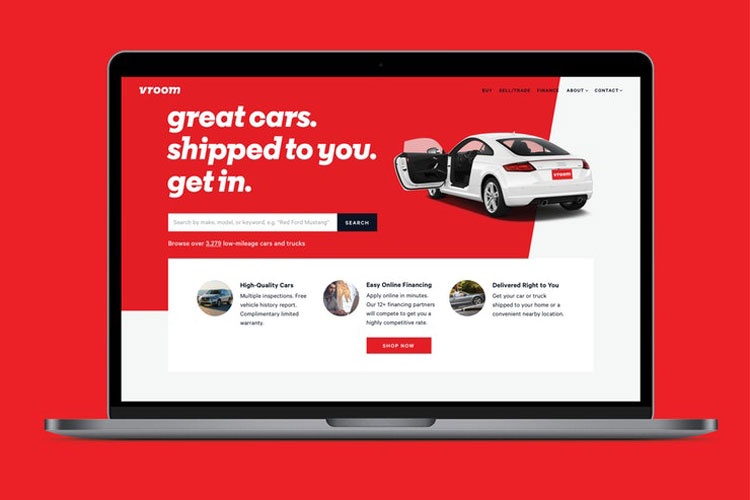 Despite there being potential for visual puns such as turning the two Os into wheels, the studio decided to opt for something simpler, Bierut says.

“There is something about the nature of buying used cars, at least from the point of these guys, that called for something very straightforward and honest,” he says.

The logos that felt the most convincing were the “ones that were forthright straightforward an honest looking,” he adds.

The wordmark is presented in a custom typeface known as Vroom Sans, which is italicised, in a reference to forward motion.

The typeface is based on Regular Extrabold Italic designed by Henrik Kubel at A2-Type. Pentagram then worked with Kubel to customise the typeface for Vroom to include “trailing slab serifs like racing fins and descenders with swooping curves,” according to the studio. 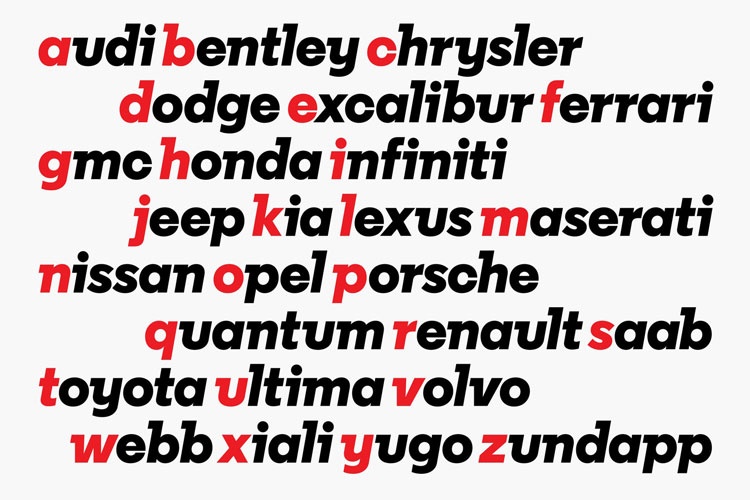 Bierut says the partial-serifs added to parts of the letters, reflected “how sports cars could have aerodynamic spins on them.”

Italics and vertical lines, were almost “cartoon cues” for speed he adds and, in the wordmark, “the r and the m each have little speed lines and the two “o’s” no matter, what you do, still suggest the wheels of a car.”

A bright “sporty” red was chosen as a key colour, with black and white also in palette, which the studio says was taken from “speedway racing flags”.

Bierut says: “I’ve always thought that red was the best color for a car, and whenever the subject came up in meetings with the client I would sing the chorus of “Little Red Corvette” in my best falsetto.” 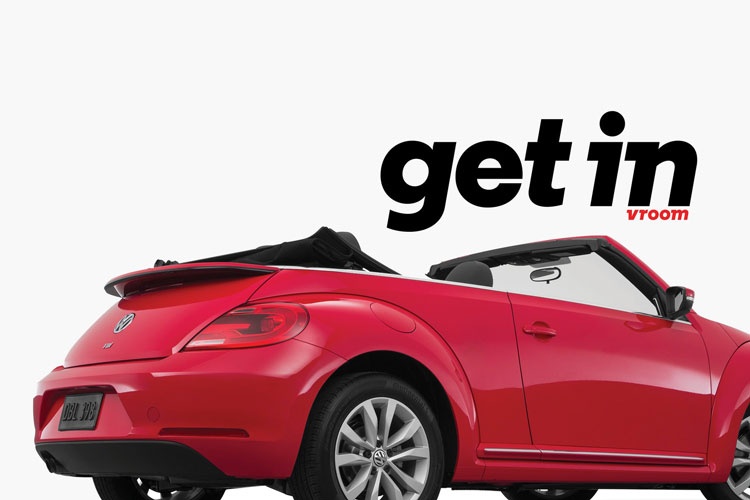 According to Pentagram, one of Vroom’s taglines is “Thousands of cars. Not a salesman in sight,” so the studio aimed to stay away from any visual connotations of this.

“In the US there is a long folky tradition of the hyped up person-to-person retail environment of used car sales,” Bierut says. For this reason, things like exclamation points and starbursts were avoided.

The studio were keen to capture the essence of the “ease” of purchasing a car online through the site, but at the same time highlight that Vroom aims to make process “trustworthy”, as you are buying something significant.

Bierut says: “It is ecommerce. You can do the entire transaction online but instead of buying a book or shampoo you are buying a car and that is, for a lot of people the most expensive purchase they make outside of a house.” 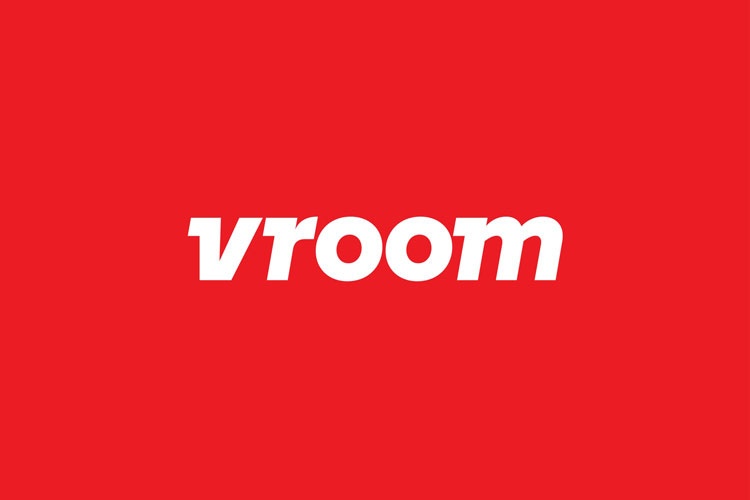 “We wanted something which evoked the ease of the whole transaction process but showed that you are still delivering thousands of dollars of shiny metal and the end of it and not a bottle of shampoo.

“You needed to make people feel that at the end of the process they would have a beautiful dream car.”

As well as the wordmark and typeface, a monogram of a v in circle was also created.

The toolkit was designed to be used in various applications, including posters, on merchandise such as T-shirts with slogans in the custom typeface, and across online applications. 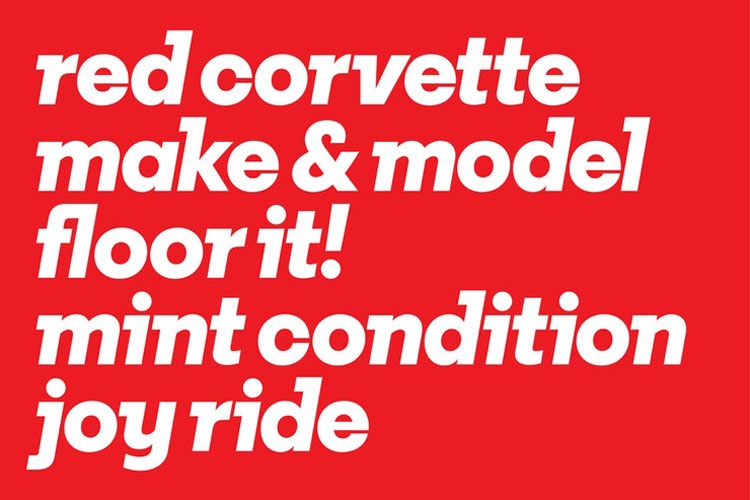 Pentagram worked with Anomaly on advertising for the brand, pairing the modern-looking branding with sharp outlines of cars, as “a riff on the minimalism of classic Volkswagen ads.”

One example of a poster advert shows the wordmark repeated multiple times, getting smaller and with an increasing number of Os as it fades into the distance. A Land Rover photograph is at the front, all on a red background. This scale is used to “express Vroom’s dynamic point of view,” according to Pentagram.

Bierut adds: “In a way we were blessed at the outset with a good name, so we just tried to in a humble sort of way acknowledge that we had something good.”

All images courtesy of Pentagram. 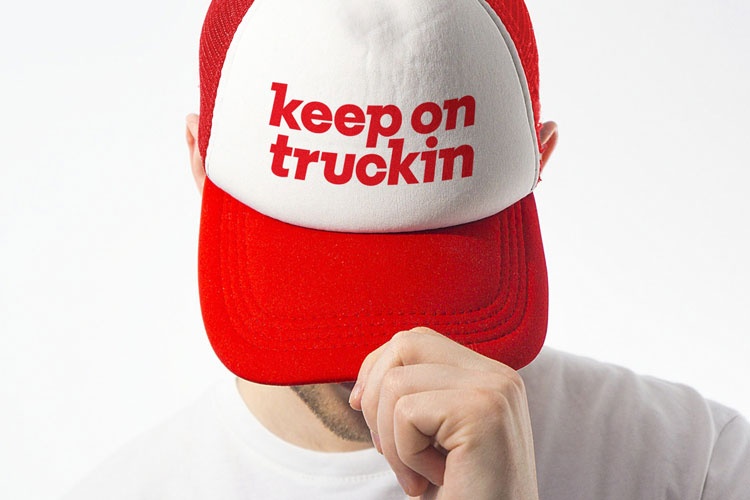 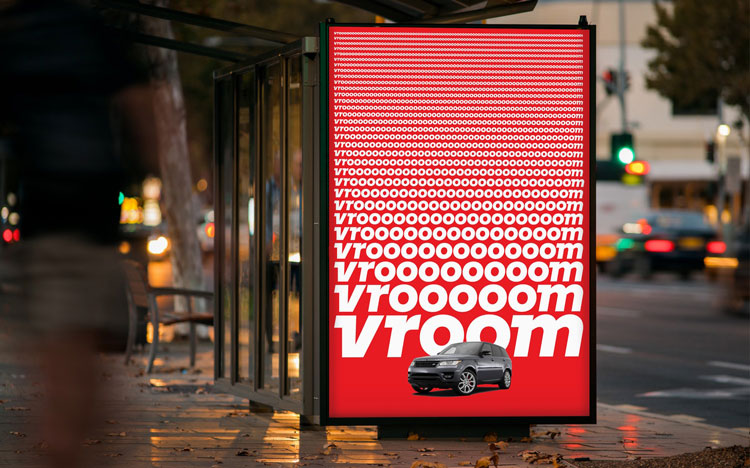 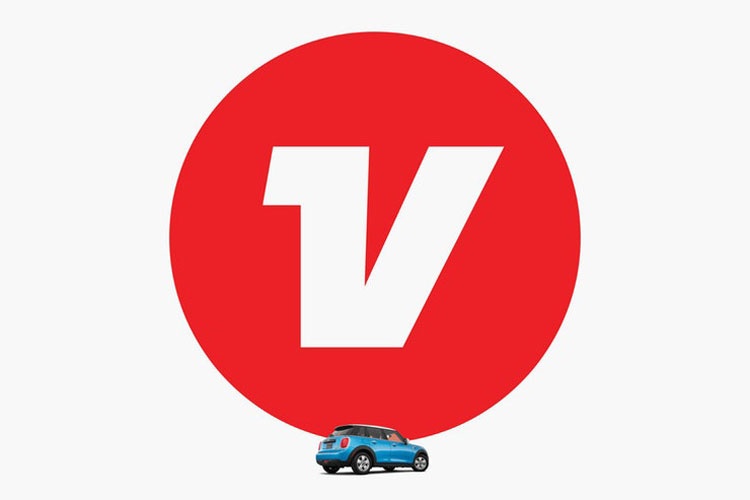