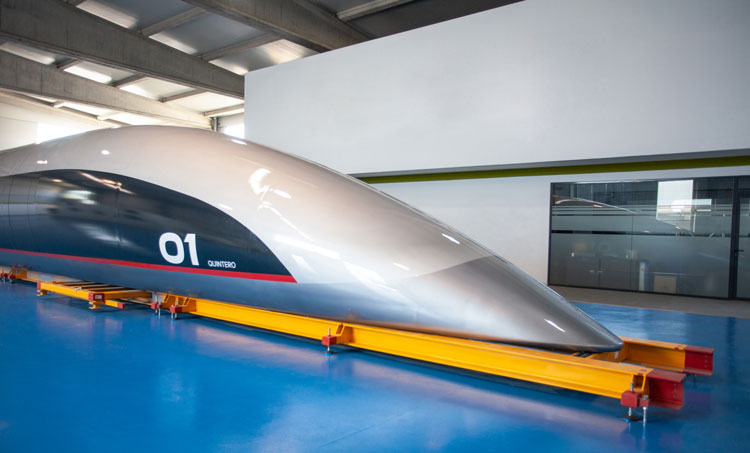 A prototype of the first passenger capsule by Hyperloop Transportation Technologies designed to transport people at subsonic speeds has been unveiled.

The company, is locked in a race with lead rival Virgin Hyperloop One, to develop the revolutionary new mode of super high-speed transportation.

It involves the propulsion a capsule through magnetic tubes at extremely high speeds. If successful, it could go as fast as 700mph, allowing passengers to travel between cities worldwide at unprecedented speeds.

HyperloopTT’s version of the innovation is now ready to be sent to a test track in Tolouse, Frane.

UK-based PriestmanGoode designed the exteriors and interiors of the capsule, named Quintero One for Hyperloop Transportation Technologies. 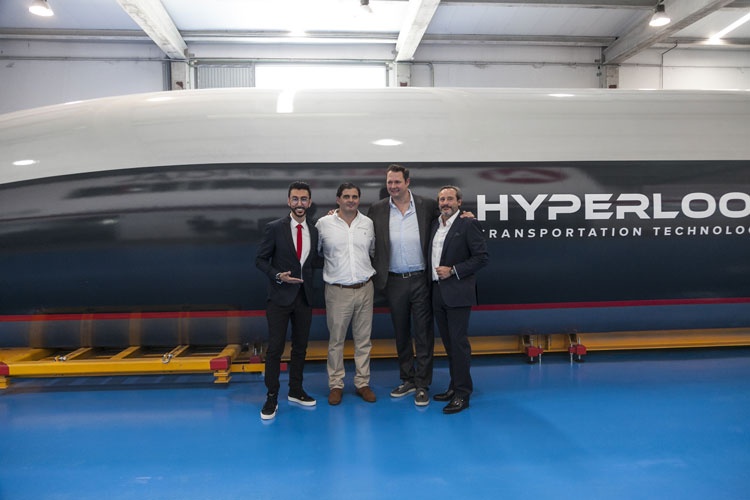 Paul Priestman, chairman of PriestmanGoode tells Design Week: “It is a dream project really, to design a new future form of transport. The whole team has enjoyed working on it.

“This is a complete reinvention of that the travel experience will be.”

The capsule, which was revealed to the public for the first time this week at a ceremony in Puerto de Santa Maria, Spain, is 32 metres long, with an inner cabin measuring 15 metres. It weighs 5,000kg.

The company is still working on the interiors of the capsule, which have not yet been revealed.

“The fascinating thing about designing a new type of transport is you can look at the areas that are normally constraining when designing a train or plane.

“It is taking a collection of existing technology and combining it in unique way. It is a tube in a vacuum using magnetic levitation technology and it is electrically powered.”

He compares the technology to an airplane, flying at 35,000 feet.

“The reason airplanes go up that high is this is it is the perfect mix of lack of air, which would cause friction and enough air to fuel the engines. It goes that high to reduce drag. Hyperloop is able to create the same atmosphere, which is the breakthrough,” Priestman says.

The prototype is made of a new composite material known as vibranium, which Dirk Ahlborn, co-founder and CEO of HyperloopTT, says is “the safest material on earth”.

“It’s intelligent, it senses integrity, it monitors impact,” he says.

“We are manufacturing the capsule with a double layer so if one skin is damaged you still have the other one that can take the capsule out of circulation.” 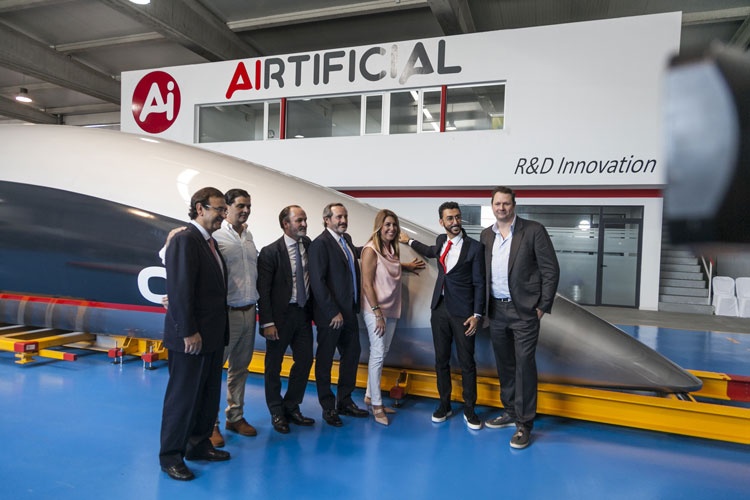 From a design perspective, Priestman says he says the capsule has a “friendly” look.

“If you look at the design itself, if you follow the silver line along the boot when it reaches the nose of the capsule it slightly curves – this is pure creativity. There is something about it that has a friendliness to it which gives it that softer more approachable look.”

He says young people are currently showing a lot of interest and knowledge about the futuristic technology.

“We had some early concept imagery in our offices in Great Portland Street for some time. Sometimes you get a family walking down and the kids will say ‘look there’s Hyperloop’ and the parents will say ‘what’s that?’.

“It appeals to the younger generation as it is a new form of transport,” says Priestman. 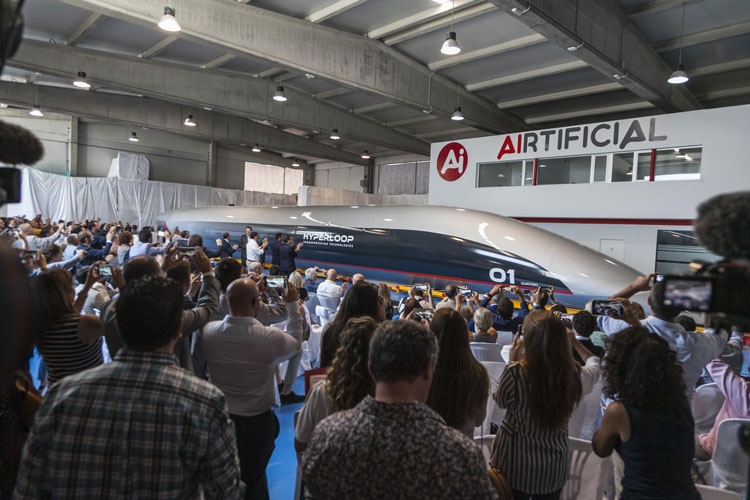 The prototype was built in Spain by Airtificial – a partnership between Carbure and Inypsa and is now ready to be sent to Tolouse where it will be tested on a track.

Priestman says that as a designer, he is not able to say when the technology will be rolled out.

Ahlborn tells CNBC that he hopes it will be possible for people to take a hyperloop “in three years” and that the technology could be rolled out globally in “maybe five to 10 years”.

Key competitor Virgin Hyperloop One, is currently in the process of being tested at a track in Nevada, USA. The company claims their hyperloop will be able to reach speeds of 760mph.

The hyperloop concept was the brainchild of Elon Musk.