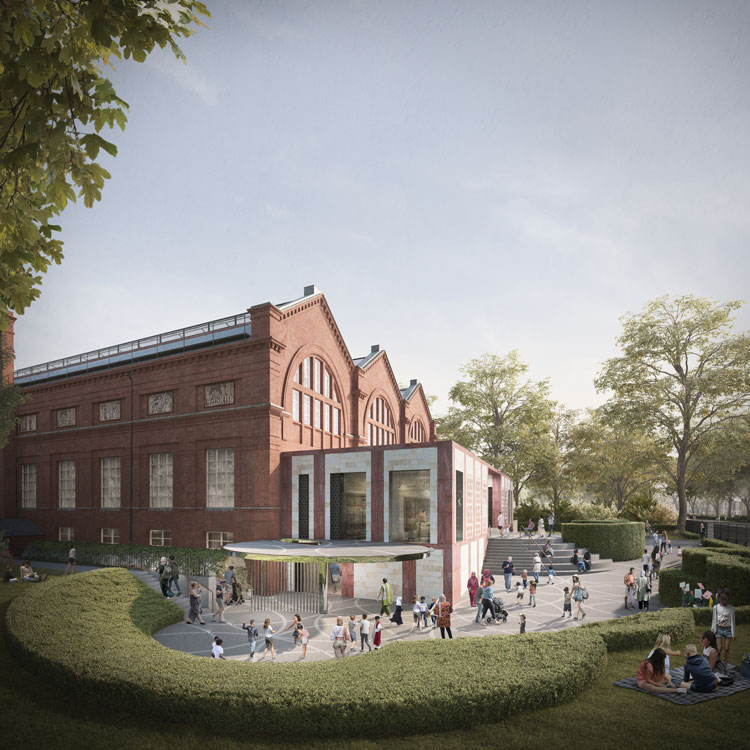 Update 17 June 2019: As part of the transformation of the V&A Museum of Childhood, the museum has launched a new collaborative testing space called Open Studio, where visitors of all ages can give test out future exhibition displays and offer their feedback. People are encouraged to hold and interact with objects from the museum’s collection, as well as propose their own design and curatorial ideas for the new galleries. The space’s first display features an installation made by refugees in Jordan around the themes of home and community. Open Studio is open until Spring 2020, and admission is free. Scroll down for images of the workshops in action.

New plans have been unveiled for a major transformation of the V&A Museum of Childhood (MOC).

De Matos Ryan architects practice, which has been appointed to lead the £13.5million redevelopment, revealed concept designs for the museum.

The plans, which are still at an early stage, include four new “immersive” gallery spaces – three for the permanent collection and one for temporary exhibitions – a revamped entrance to the building which includes a second entry point, improvements to the outdoor landscape including a play area and flexible learning studios.

Parts of the original Victorian building, which is Grade II-listed and opened in Bethnal Green in 1872, will also be restored and the upper and ground floors will be connected with a new installation.

Much of the collection which is currently not on display, will also be moved off site to a new centre in Stratford.

Tristram Hunt, Director of the V&A, hopes the project will “unlock the Museum of Childhood’s huge potential to fire imagination, spark ingenuity and become the world’s most joyful museum for children, families and young people.”

He felt this was particularly important a time when there was “a national crisis” in design education, with less people taking the design and technology GCSE than in previous years.

“[The project] will support art and design education and help fulfil the museum’s ambition to inspire future generations of artists, designers, architects, engineers and makers,” he says.

De Matos Ryan architects, which is headed by José Esteves de Matos and Angus Morrogh-Ryan, previously worked on projects including the refurbishment of Sadler’s Wells London, the York Theatre Royal, and the member’s lounge and conference centre at the British Library.

The firm collaborated with local children through co-design workshops, as well as families, teachers and other groups of different ages in the concept design process.

“In & Out” is centred around connecting the museum with the street and will include landscaping the area outside of the building. A second entrance, would include a buggy park, lockers and toilets, in a bid to improve accessibility and providing a better welcome.

“Up & Down” aims to encourage people to explore the upstairs floors by drawing them in with a major new interactive installation at the end of the main hall known as “The Kaleidoscope”.

This will include a spiral staircase and ramp to connect the floors, and will have a new café at the bottom. The concept is still in early stages, but the idea was inspired by optical toys within the museum.

Ideas for this were explored through co-design workshops with local schoolchildren, whose ideas for connecting the two floors included “a helter-skelter”, a “giant robot” and a “hot air balloon”, the architects say.

The Kaleidoscope will also play a part in improving wayfinding, according to the architects, as people will immediately see the way upstairs.

“Currently, when you arrive here there is no sense of knowing, ‘where shall I go?’”, José Eseteves says. 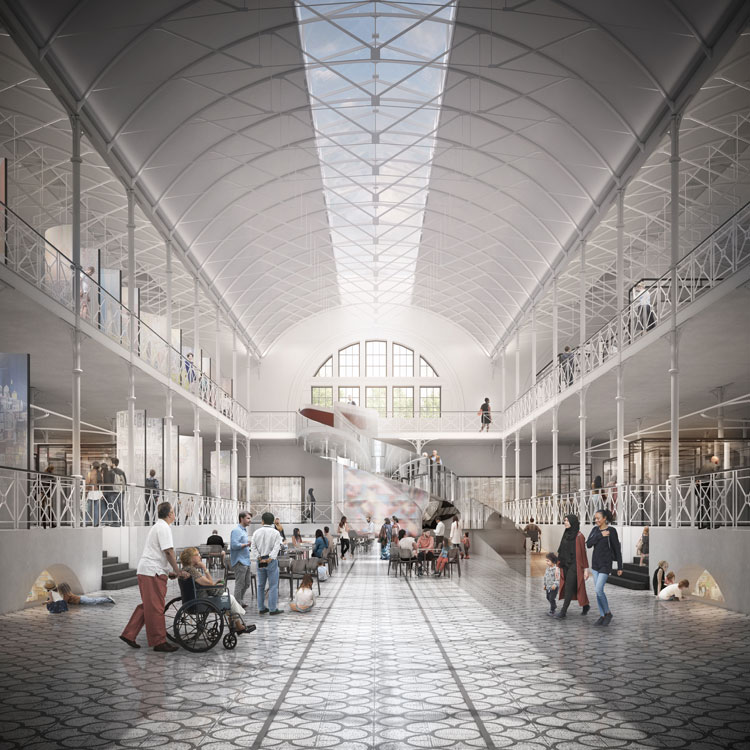 “By the time you have wandered about, children are often tired, most people never make it to the upper level,” Angus Morrogh-Ryan adds.

“Around and About” focuses on reconnecting different parts of the museum and bringing more learning spaces throughout.

The current offices on the lower-ground floor will be turned into studios, new glass arches will allow people in the main hall to see into the studios and other areas within the building will be reconfigured.

Restoring parts of the Grade II-listed building are also part of the transformation. The roof skylight, which is currently covered to keep excessive sunlight out, is to be partially uncovered.

The central hall is to be “decluttered” of additions made over the years, offering a better view of the original building.

The majority of the 26 thousand objects from the National Childhood Collection are currently kept on site at the V&A MOC, mostly on the lower-ground floor. Some of the collection is in conservation.

As part of the redevelopment, the collection that is not on show will be moved from the V&A MOC to the new V&A Collections & Research Centre, that is set to open in Here East in London’s Queen Elizabeth Olympic Park by 2023, and is expected to improve public access to the items that are not on display. 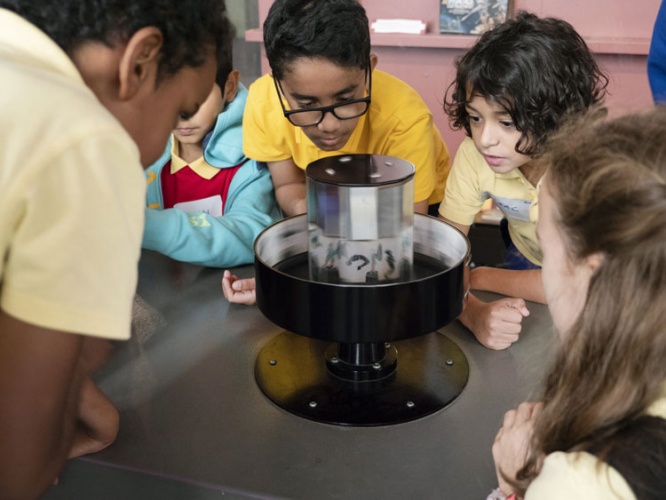 The move will free up more space, allowing for more items to go on display at the MOC.

Harris says they are keen for the museum to become more interactive – as currently many of the exhibits are in glass cabinets. The challenge, she explains is balancing interactivity with conservation needs.

Harris says the project was “responding to the crisis in creative and arts education, where it is being squeezed out of our schools.”

Through encouraging creativity at the museum, they were keen to do their bit help “children really fulfill their potential”.

“We are doing it in an area in Bethnal Green, the ward that has the highest levels of child poverty in the country and the V&A MOC is within that ward. Social mobility and social inclusion are important drivers for the project.”

“This redevelopment will help the museum really fulfil its potential to transform the life chances of children from my constituency and around the country,” she says.

She adds that while the museum is much-loved and regularly visited by local people, “for many people in this part of east London the Museum of Childhood is not necessarily seen as part of the Victoria and Albert museum”, which she considered a bit of a “missed opportunity”.

It is not yet known if any changes will be made to the branding of the museum and competition for the fit out designers is currently underway.

A V&A Children’s Forum has been set up to help with redevelopment process.

The project was expected to cost £13.5million with much of the funding to come from “philanthropists” and other individuals, according to Tristram Hunt.

No time frame had yet been set out for the project, but the architects say they are currently at the end of the RIBA stage 2 (Concept design) and starting stage 3 (Plan of work). Hunt says he hopes the works will be completed by 2022, in time for the museum’s 150th anniversary.

People can submit feedback on the plans through a series of events and an exhibition on 21, 23 and 24 October. For more information, head here.