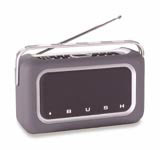 China is definitely the hot topic in the design industry these days, but it seems to be British product designers who are pioneering the way into this promised land.

Last week, Therefore announced it is launching its first Asia Pacific region office in Hong Kong (DW 25 March). In mid-March, Factory Design unveiled a four-strong range of domestic appliances commissioned, unusually, by a Chinese manufacturer (DW 11 March). And in recent months, both Native and Ideo have established offices in Shanghai.

So what’s behind the sudden surge of interest and activity in China? British product manufacturers seem to be taking their cues from clients. And these clients are increasingly shifting their manufacturing bases to the Far East.

‘In the West, most companies don’t make anything anymore,’ asserts Therefore co-founder Graham Brett. ‘Coke, Apple – they just manage their brands. They specify products, and these are made in the Far East, generally in China,’ he adds.

It’s easy to see why Western companies might view China as an attractive proposition. Since the country opened to foreign investment and economic reform in the late 1970s, it has been a dragon with apparently limitless puff.

It has enjoyed sustained growth for a quarter of a century and – with its accession to the World Trade Organisation in 2001 – it finally acquired the international marketplace’s seal of approval. As the country’s collective fortune grows, there is an increasing demand for stylishly designed products. And this is where British product designers come in.

‘Increasingly, the market is developing in China for European goods. That’s what people want, because they consider it to be the trendiest and the best,’ says Factory Design creative partner Adrian Berry.

But Chinese companies and manufacturers also need British designers – with their European perspective and design expertise – to help them secure lucrative European and American contracts in an ever more competitive market.

‘There’s no margin in original equipment manufacturing any more,’ says Brett. ‘The only way they can make more money is to develop their brands and make their own products. They all want to be Samsung and Nokia.’

‘[Northern factories] are ramping up their production levels, which means the situation is coming full circle. We [in the West] were undercut by Southern Chinese companies, and now they’re feeling the pressure from Northern factories,’ he says.

British Council head of design Emily Campbell says British product designers are in a good position to help Chinese manufacturers create goods that will stand out both at home and abroad.

‘British designers are nothing if not idiosyncratic,’ she explains. ‘Being original and innovative is our stock-in-trade. It’s not a culture of learning from the master here, but rather one of breaking the rules.’

This, she says, makes British product designers very attractive to a culture that saw much of its creative initiative ‘erased’ during the cultural revolution.

Brett agrees. ‘For the past 20 years, Chinese manufacturers have copied Western products. They are not very good at any level of innovation, aesthetically and technically. So they’re fascinated by the way that we think laterally,’ he maintains.

Given the breadth of opportunities in China, it seems strange that more British product designers are not setting up operations there, or at least seeking to build relationships with Chinese manufacturers.

Are there disadvantages to working in China that are being overlooked in the excitement currently surrounding the country?

‘Language and quality of communication are difficult,’ concedes Berry. ‘There is a tendency for [Chinese manufacturers] to take something and come back – and we’ll find that it’s not quite what we wanted.’

Brett attributes most of these misunderstandings to the Chinese cult of politeness. ‘They always want to be accommodating and will say “yes” when they mean “no”,’ he says.

But according to Native founder Morten Warren, Chinese manufacturers’ tendency to value ‘work that can be made immediately, rather than strategy’ also creates problems. Adds Berry: ‘The process is initially very quick, but then you have to spend a long time honing [a product] to get it right.’

As a result, product designers have to maintain fairly constant watch. The resulting travel and time out of the office can quickly ‘scrape away’ at profit margins, says Brett.

Warren likens working in China now to working in the US in the 1950s: ‘There’s a huge amount of optimism and excitement about design in China. But the reality is that it’s a lot of hype, and the only people really benefiting are the Chinese.’

That said, he points to the country’s massive potential. ‘[It’s] growing rapidly. Europe and the US have very mature markets, about 20 to 30 years ahead of China. But [Chinese] learning of manufacturing is quite strong, and it will only take them about ten years to get to where we are now,’ he says.

China, concludes Warren, is a ‘very young market’ and a bit of a Wild East at the moment. ‘But that won’t always be the case,’ he says. ‘It’s just a matter of time.’

â€¢Sixth largest economy in the world

â€¢Fastest-growing large economy over last 25 years, with GDP growing by 9 per cent p/a over this period

Sources: The Economist, US Census Bureau