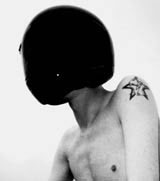 The demise last month of The Face at the hands of its latest owner Emap is a sad end to a magazine that once played a key role in our design and cultural life. At its end it sold a meagre 24 000 copies and had nothing like the influence it boasted 20 years ago, when [founder designer] Neville Brody inspired a generation of designers to embrace magazine design.

What fascinated then was the way Brody’s designs added meaning to the words. At the time this was a revelation. In magazines, content and design are inseparable: good magazine design comes from a creative relationship in which the designer helps form the content and the editor offers intelligent design input.

The freedom that The Face gave its designers prepared the way for the Apple Mac revolution, its success spawning countless imitators. It wasn’t long before every magazine wanted to be a ‘style magazine’ – even newspapers had ‘style’ sections. It is ironic that The Face became just another of these many magazines.

Like The Face, titles such as Wallpaper, RayGun and Wired were all independently launched and rapidly saw their new ideas assimilated by others while they themselves struggled to survive. This process of appropriation is inevitable in today’s magazine market. As the mainstream industry has grown in scale and fortune it has become increasingly reluctant to risk doing anything different. The big publishers find it harder to experiment, preferring to wait for others to test ideas.

Meanwhile, they concentrate on launching heavily researched, targeted projects that take several million pounds in marketing spend to support. With such sums at stake is it any wonder that a trawl along the shelves of your local newsagent reveals a remarkably similar set of cover designs sticking rigidly to the current rules for successful magazines – logo across the top above a smiling celebrity peering out from behind a barrage of screaming cover lines.

Of course, it is possible to find mainstream exceptions that feature good design within these constraints. Geoff Waring’s adaptation of the design techniques of women’s magazines to the small format of Glamour is a genuine innovation (try comparing it to other small format titles quickly launched in response to Glamour to judge how well it is put together); Tony Chambers’ redesign of Wallpaper has added warmth; and in the US, Fred Woodward’s reinvention of GQ is breathing life into the otherwise repetitive men’s market. All are proof that the mainstream needn’t be predictable.

But turn away from the mainstream and you’ll find a growing number of independent publications that demonstrate how the medium can still be exciting and innovative.

Digital production and the global approach demonstrated by the Internet have together created an environment where low print-runs of a magazine can be published and distributed to carefully selected international outlets.

These ‘microzines’ combine newsstand production qualities with the wilfulness and willingness to experiment of fanzines. Their smaller, focused audiences are open to experiments in content and design, allowing editors and designers to play with the medium away from the harsh reality of mass circulation. There is no single look to these microzines; this is not a stylistic trend that can be applied at will, each looks different according to its content. But right now this is where anyone with an interest in innovative editorial design needs to be looking.

Amsterdam-based Re- examines what a magazine can be about. After a run of thematically based issues, it recently started to centre each issue around a single, fictional person, letting the character and voice of this ‘person’ define the content. The magazine feels familiar on the outside – logo and portrait on the cover – but is very different on the inside. For Re- the experiment is in the concept and content, using a clear and systematic design referring more to official documents and reports than to magazines, but with knowing nods towards current design trends.

Another Dutch magazine, Archis, uses a more chaotic version of a similar aesthetic to explore architectural theory. Designers Maureen Mooren and Daniel van der Velden have created an interactive experiment in editorial design, the pages perforated so they can be removed and re-ordered by the reader. Instead of a tastefully selected palette of fonts, colours and devices, they use a seemingly random selection of design styles taken from other publications. This builds up in layers to create a visual cacophony that reflects the content yet would be unthinkable without the computer.

Marmalade, from London, also plays with presentation styles, this time as a deliberate critique of the computer. A quarterly title that acts as an information board for creatives, the page designs are created photographically. As art director Sacha Spencer Trace explains, ‘People have got too lazy with QuarkXpress. We wanted to create something more fun. It’s like a couture dress, it takes much longer to make, but people want that amount of care sometimes.’ This idea of laziness is a very pertinent point that perhaps sums up the state of mainstream publishing now – it is so easy to knock together a quick design template that reflects but doesn’t add to current design ideas.

Despite its different visual approach Marmalade is underpinned by a rigid grid, ‘to hold together the chaos’, says Spencer Trace, and uses basic magazine design rules – such as headlines and intros above articles – to balance the visual exuberance.

German magazine 032c is the visual opposite of Marmalade. Consisting of a mix of contributions from photographers, artists and writers based round a single theme, it is designed in a very quiet way by art director Petra Langhammer. She uses a cool, Modernist approach in black and white that lets the content take centre stage: if it’s a written piece it’s presented as solid text, if pictorial then it’s pure picture.

Virgin Atlantic’s in-flight magazine Carlos – which won Best Editorial Design at last month’s Design Week awards – is born of the new world of the microzine. Its lo-fi look and feel is the very opposite of its predecessor, the glossy HotAir. ‘The idea was to create a magazine that provided an allure in a more intimate, non-prescriptive way,’ explains art director Warren Jackson. ‘We give the readers credit to interpret the product on differing levels, encouraging them to feel that they are now a friend of “Carlos”, and have chanced upon his compendium of collected notations, drawings and writings.’

These magazines share an interest in content that has enabled their designers to take a fresh look at magazine design. They are testing what a magazine can and should be, experimenting with the form and providing new types of content that demand new types of design. Their influence has yet to tell on mainstream magazines, while they serve to highlight the problem the mainstream faces: without creative approaches to content how can magazine design develop?