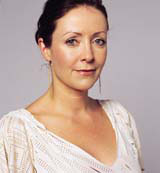 With a new marketing director on board, BHS looks set to reinvent itself. Sarah Balmond analyses the evolution of British Home Stores

It’s almost six years since Philip Green took over at the helm of BHS. During this time, he has sown the seeds of transformation at the British high street stalwart, evolving the BHS brand and laying down a retail strategy, spanning spin-off stores and revised retail formats.

During the 1960s and 1970s, the then British Home Stores offered a cornucopia of affordable lighting goods and home furnishings that even Ikea would be envious of. Attempts to restore the rebadged BHS to some of its former glory are already underway, and it is embarking on what could be an interesting phase of design-centric initiatives. Green has also said he will invest more in BHS and plans to evolve ladies’ and children’s wear in particular.

Last week, BHS opened its flagship homeware stand-alone outlet in Chichester, trading under the resurrected British Home Stores banner. Following a six-way pitch, design consultancy Carte Blanche was appointed to come up with a design concept for the store. Philip Green’s wife, Tina Green, has been in charge of merchandising and helping to evolve the in-store layout and look. Reports suggest Green hopes to launch 20 more sites over the next 12 to 18 months and spend around £1m on each. Given the failure of M&S furnishing initiative The Lifestore, created by Vittorio Radice, all eyes will be on this venture.

BHS is continuing its £20m store refurbishment, updating outlets with a more cost- effective, space-efficient design, which divides the floorplan into sections, with areas identified by large wall graphics. The format, designed in-house, was trialled at its two-storey 3700m2 store at Nuneaton’s Ropewalk shopping centre. It will also, reportedly, be used across BHS’s first raft of small-format shops.

Then there is the new BHS marketing director, Beverley Churchill, formerly of Selfridges and a well-respected figure within the design industry, who may try to shake things up, drawing up strategies with the retailer’s tightly knit in-house design team, to help evolve the brand and bolster Green’s ambitious growth plans.

Churchill (pictured top), just over one month in the job, formed part of the integral team at Selfridges, which was tasked with implementing its prolific in-store entertainment strategy, injecting fun, humour, colour and an undeniable ‘cool’ into the retail space. Cool is something that BHS could use – the chain, perhaps unjustly, suffers from being perceived as rather low-end, compared to rivals, M&S and Debenhams.

Evolving the in-store experience and working with external designers to create projects that engage the consumer, may well be on Churchill’s list of things to do. Traditionally, the majority of its design work has been led by its in-house team.

Richard Dodgson, creative director at event production consultancy Timebased, worked with Churchill while she was marketing director at Selfridges. Dodgson helped create many of the abstract, cultural and art-inspired objects installed in the store.

‘In-store experiences are hugely important in helping to establish somewhere as cutting edge. Selfridges set down the benchmark here, but many other retailers are catching on. I’m sure BHS will also embrace this,’ he says.

From BHS’s latest financial trading statement, it seems that the retailer still has its work cut out. Full year operating profits, for the year ending 2 April, dipped nearly 6 per cent to £105m, and like-for-like sales fell 3 per cent from £120.9m to £109.5m.

The imminent Christmas trading figures will be an interesting indication of how consumers are taking to the retailer’s repositioning, and may well help to evolve its embryonic design strategies.

Green admits he was partially distracted last year by his £9.1bn bid for M&S, but confidently states he is back in the ‘engine room’ now. How far this will fire up a bold design strategy across brand, retail format, in-store activity and point-of-sale activity, remains to be seen.

1985 – Launches overseas programme with first franchise store in Gibraltar. Operates under BHS licence and not directly owned by the company