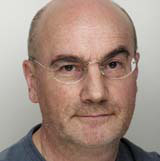 The public are so media savvy that advertising doesn’t have any impact any more. Perhaps design should be put to better use, says Adrian Shaughnessy.

The Guardian recently dispatched a researcher to Oxford Street wearing a pair of ‘Eye Contact’ spectacles, a device that records and logs everything the wearer sees. The Guardian’s man wore the goggles for four hours, ‘filming’ a bus and Tube journey, as well as a shopping expedition.
In an account of his experiences, by the paper’s media correspondent, Owen Gibson, it was noted that, ‘in one 45-minute journey, the average London commuter is exposed to more than 130 ads, featuring more than 80 different products’. No surprises there, you might say.

Yet there’s a problem here that is guaranteed to strike fear into the heart of anyone involved in the delivery of commercial messages.

According to Gibson, ‘only half of what we see has any impact on us, while, unprompted, we can remember none of the blur of ads’. He goes on to state that, in a single day, we’re likely to see 3500 different marketing messages, but only a tiny percentage of these messages stay with us.

The Guardian lists all of the brands that their man in the funny spectacles encountered. It’s virtually an A-Z of household names: Gap, Gucci, Harry Potter, Hello, LG, Marks &amp; Spencer, Madonna, McDonald’s, NatWest, Orange and dozens of others. In other words, the sort of brands who, as the article informs us, ‘spend £14bn on advertising every year’. That’s a heck of a lot of money to spend on something that most of us ignore.

This blanking-out process must be especially galling for the UK’s advertising, marketing and, wait for it, design industries, who, we are repeatedly told, are among the most sophisticated in the world.

Yet, despite all this undoubted expertise and the sort of expenditure that equals the turnover of a small country, it only seems possible to produce material that is so anodyne and ineffectual, that it is ignored by its intended audience.

But perhaps the problem runs deeper than the proliferation of super bland advertising, marketing and design. Perhaps we’ve entered an era when the power of advertising has been drained of its fizz. Perhaps we’re in a new era of consumer entropy where people simply look away in fatigue.
Like Peter Finch’s character in the Sidney Lumet film Network, we’ve reached the point where we throw open our windows and shout that we’re not going to take it any more.

Certainly, the advertising agencies know they are waiting for the shout of last orders in the last chance saloon. New developments in TV technology mean that viewers can now watch TV but remove the ads.

In addition, the media-savvy public can now ‘read’ advertising – they know that most claims made by advertisers are spurious.

For agencies, the search is on to find new ways to address their clients’ target audiences.

As designers, we have our own problems. We’ve allowed design to become the tool of branding and marketing. The only definition of design we acknowledge is as a servant of rampant commercialism.

And we’ve forgotten that design can be an emotive force for social good and public enlightenment. We shouldn’t be surprised, therefore, if no-one notices what we’re doing any more.