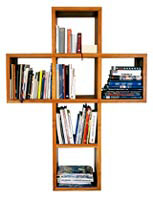 For the jaded visitor of furniture fairs, the Cologne International Furniture Fair holds an ambiguous appeal. It may not compete with Milan for that certain flair, yet over the past couple of years it has pulled out a few surprises from its Teutonic hat. As most furniture people will tell you, Cologne is more of a place to consolidate business deals than a launch pad for new products, so many exhibitors presented last year’s Milan fair models, albeit with tweaked lines, finishes and colours. Re-issued classics were also dominant, with the likes of Zanotta reproducing its Jo Colombo Birillo chair; Walter Knoll its 1950s 369 chair; and Santa & Cole’s the 1970s sofa, designed by Alfonso Mila and Federico Correa, tapping into the market’s lust for timeless pieces.

Still, the selection was vast, with representatives from most countries, including the biggest Italian, Spanish and North European names. If what was shown is representative of recent trends, the future is still bright, with reds and chocolate browns giving way to adventurous greens and fashionable fuchsias. Lines were clean and understated, with an emphasis on soft finishes and organic materials, as well as plastics. Montis in particular presented a kaleidoscopic stand, with a palette range that included more than 80 colours. Its new Buster modular sofa system is a comfortable, clever design with a slender metal frame supporting removable seat and back cushions. The Dutch manufacturer also launched the Cira table armchair and the Mike dining chair, all created by in-house designer Gijs Papavoine. German chair manufacturer Thonet presented its S 550 tubular chair, a stackable plywood number by design team Jehs & Laub, which also comes in an upholstered and armchair version.

But it was the Italians who stole the show with the best launches, proving that they are still keen to throw their weight about north of the Alps. Cassina presented the Raster shelving system by Spanish star Jorge Pensi, a light wooden affair with modular spaces framed by metacrylate mounts and sliding panels. Piero Lissoni displayed his love for details with the Cassina Reef sofa system, comprising an armchair which rotates 360 degrees and a three-seat sofa with an adjustable split back. Lissoni was arguably the most prominent man at the show, his name cropping up on most of the Italian stands. His all-round relationship with manufacturers such as Boffi, Porro and Cassina allows him to look after their corporate image not only through furniture pieces, but also by designing their print literature and fair stands, always with meticulous results. For Porro, Lissoni showed Storage, a wardrobe with a modular aluminium frame and for Boffi he created bathroom systems such as Works and Square.

British duo Pearson Lloyd made a double appearance with the Pomona lamp for Classicon and the Flow seat for Walter Knoll. The German manufacturer also launched the Big Blue sofa, a large, loungey leather affair with hidden remote buttons for an adjustable headrest designed by Austrian group EOOS. Lovegrove showed the new dining/ cafÃ© chair for Lloyd Loom, and was also the subject of an exhibition, art directed by himself.

Outside the trade fair, the Passagen “alternative” route had a disjointed set of offerings. Although less exciting than its Milanese counterpart for new talent-spotting, it still unveiled a couple of trends. In particular, the Belgians seemed to be out in force, with Maarten van Severen leading the pack. The Ghent-based designer, recently awarded Designer of the Year at the Paris Salon de Meuble fair, showed his own furniture line Maarten Van Severen, which complements his collections for Vitra and Bulo. His designs were created with simple lines and showed an attention to basic materials and manufacturing processes. A high-profile collaboration with architect Rem Koolhaas for private and public commissions, such as a spate of shops for Prada, have made him a favourite among the design pack. Another Belgian gaining a wealth of exposure is Casimir. At the GrÃ¶ner and GrÃ¶ner showroom, he showed sturdy tables and shelving units and Zetel No 2, an oversized, cubic leather lounger available in white and chocolate brown. Bulo took the Belgian mantle of innovation further by inviting fashion designer Dirk Bikkembergs to create his take on office furniture. Although a clever addition to its Carte Blanche portfolio, his gym mat design shows that even the enfant terrible of Antwerp fashion can make a slip up.

For the future, we can look forward to celebrating Italy’s contribution to the world of fashion and furniture design at this year’s Milan International Furniture Fair in April. To commemorate both its 40th anniversary and the fashion industry’s 50th anniversary, the Milan fair organisers are opening the six-day furniture extravaganza with 1951-2001 Made in Italy, a four-part multidisciplinary event at the Triennale exhibition venue. Architect Gae Aulenti, video artist Nam Jun Paik, sculptor Anish Kapoor and film director Wim Wenders are just some of the contributing celebrities. More than 165 000 trade visitors, 20 000 members of the public and 3000 journalists are expected to visit the fair, with a good amount of perusing no doubt taking place among the satellite shows.

Perobell, Punt Mobles and Walter Knoll are distributed by Co-existence 020 7354 8817