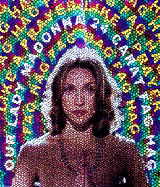 The first major retrospective exhibition of work by designers Lucienne and Robin Day will show at Pioneers of Contemporary Design from 8 February until 16 April. The exhibition celebrates their careers from 1940 to the present and includes furniture designs by Robin and textile designs by Lucienne.

An exhibition of prototype seating by 25 students from the University of Central England’s School of Furniture Design will exhibit on 8 February.

Interior design students from Leeds College of Art and Design and students from six other European countries will exhibit their work in Paris at New Boudoir from 2-3 February.

Photographic work by Eric Watson shows at Rift from 6 February until 3 March.