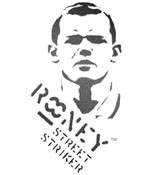 Euro 2004 has been a reminder, if one were needed, of the fanaticism surrounding the beautiful game. Football is now much more than a sport, with revenues from the top 20 European clubs exceeding £2.6bn last year.

FutureBrand has analysed the success of the biggest names in European football and says that clubs are powerful assets that should be leveraged as much as corporations. Manchester United has the most valuable brand, and its ability to convert this into income makes it a model for others to emulate.

Marco Forato, director of brand analytics at FutureBrand, says: ‘Manchester United has managed to turn its brand into a marketing machine. If all teams could do that and capitalise on their full potential, they would see their brand power converted into revenues.’

By expanding its fan base overseas and building a solid idea of what the Manchester United brand stands for, the club has exploited its success on the pitch to the maximum.

Forato suggests that clubs such as Chelsea, which has a dynamic team but a tired kit, should look to corporate brand management to rejuvenate themselves. ‘In any corporation, it is important to create a brand strategy in line with the overall strategy,’ he says.

Real Madrid is the strongest brand in Europe, overall, but the club has failed to capitalise fully on its value, according to FutureBrand, while Arsenal is noted for having shed its boring image under manager Arsene Wenger, but needs to expand further, says Forato.

But how much is the brand strength of a club determined by its performance on the pitch? Forato says performance is crucial, but even small clubs can use their brands to sell more tickets and merchandise in their home town. ‘If you work the brand correctly, you can capitalise on its potential,’ he says.

Wimbledon FC is a case in point. It is changing its name to Milton Keynes Dons FC after being taken over by a consortium and it is moving to a new ground – a brand overhaul would allow the club to build a whole new following.

As Richard Buchanan, a director at Interbrand, says, ‘There was so little brand equity left in Wimbledon that rebranding with the name of its new local area makes sense.’

FutureBrand found that where the team is from is a powerful factor in generating brand strength.

Buchanan explains that supporters usually live within a 30-mile radius of their favoured club.

‘The biggest mistake a football club can make is to abandon its heritage,’ he adds.

Buchanan cites Fulham, which recently ditched its heraldic logo for a contemporary one. ‘It’s an appalling design,’ he says. ‘The club has walked away from 100 years of heritage.’

Arsenal’s new emblem, on the other hand, is a success, according to Buchanan. Designed by 20/20, it is contemporary and flexible enough to work across all types of media.

As players increasingly become brands in their own right, they can add to the overall value of their club brand. The press had barely started reporting the success of England superstar Wayne Rooney when consultancies started work on his image.

Design consultancy Germ has come up with an identity and logo for the player on behalf of his management team at the Proactive Sports Group. In contrast with David Beckham, the Rooney brand will focus on his down-to-earth ‘Scouseness’ and raw playing skills rather than his looks and lifestyle. Proactive has trademarked the phrase, ‘Wayne Rooney – Street Striker’, and Germ has created a stencilled image to serve as the player’s logo.

David Barraclough, creative director of Germ, says the stencil encapsulates Rooney’s untamed raw aggression. ‘Stencilled graffiti has developed a cult following, and we felt this uncompromising, yet artistic, approach would lend itself perfectly to the Rooney brand.’

Barraclough says that Rooney can be as big a brand as that of his England captain by capitalising on tie-ins with clothing companies. It’s just a shame that his team didn’t give him a better chance to build his own brand equity during the championships.