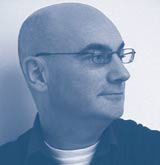 If you stopped someone in the street and asked them to describe their idea of a designer, you’d probably get a description of a tantrum-throwing fusspot who looks like Laurence Llewellyn-Bowen. Despite the importance of design in modern life, you can’t help feeling that designers are not highly regarded by the public. You just have to look at the way the word ‘designer’ is frequently stuck pejoratively in front of another word; you can almost hear the sneer that accompanies phrases like ‘designer-drugs’, ‘designer-babies’, ‘designer-water’. Of course, anyone who knows real-life designers will know that they are witty, engaging and modest individuals, with only the greater good of mankind at heart. And besides, why should it matter what the public thinks about designers? Well, it matters because these views filter through into professional life and colour our relationships with clients. Just ask estate agents what happens to professional status when your trade becomes a trigger for sneers and sniggers.

But maybe views are changing? In a recent press ad that appeared in The Guardian Weekend, optician Dolland & Aitchison chose a graphic designer to endorse its products. Interestingly, it chose a designer who doesn’t in any way resemble the foppish prince of MDF-makeovers. The designer’s name is William Hall. He is shown wearing a smart jacket, white shirt, slim tie and jeans; his Mac laptop tells us he is not a dentist. ‘All my suits and shirts are bespoke,’ he informs us, ‘even my football shorts are bespoke.’ We learn that he is based in Clerkenwell, and spent four years working with ‘the renowned minimalist architect John Pawson’. When he declares that his new specs are ‘beautifully designed’ we don’t doubt him for a minute.

It used to be airline pilots who embodied notions of professional kudos, but it is perhaps indicative of the improving status of designers that D&A considers an unknown graphic designer to be a suitable advocate of its products. But what about the fictional portrayal of designers?

In Michael Mann’s stylish heist movie Heat, the hero – and baddie – Robert De Niro meets an attractive woman in an LA diner. Their relationship gets off to a bad start. The woman (played by actress Amy Brenneman) mentions seeing De Niro in the book shop where she works. Immediately, De Niro becomes suspicious. He’d been buying books to help him pull off a robbery, not to improve his reading skills. He looks angry. She apologies and turns away. De Niro relents and starts chatting her up. He discovers that she’s working in the book shop while waiting for her career as a graphic designer to take off. He asks her what she designs. She talks about menus, signs, letterheads, a couple of CD covers. De Niro grins – the famous charm now in full-effect – and says ‘You go to school to learn that?’ The implication is that he can’t believe that anyone would actually need to be taught how to design everyday stuff like menus and signs. The female character is a cipher. She’s attractive in an un-showy, naturalistic way: no plastic surgery or LA bimbo outfits. And it’s obvious why De Niro is drawn to her. His world is crime, cops, betrayal and death; her world is innocence and gentleness, qualities further emphasised by her chosen profession. Heat was made in 1995, but Hollywood’s view of graphic design as a wimpish activity hasn’t changed much. The forthcoming blockbuster Catwoman stars Halle Berry; by night she is the eponymous leather-clad semi-feline, by day a shy, sensitive graphic designer who works for a cosmetics company. You can see the scriptwriters straining to make a contrast between her two roles: one vibrant and sexy, the other demure and introverted.

But despite Hollywood, I don’t think we should worry unduly about how designers are viewed. My guess is that among clients, if not the general public, the perception of designers is pretty good. While many designers (or perhaps more accurately, many heads of consultancies) would like to be treated and viewed in the same way as management consultants, lawyers and accountants, there seems to be a quantifiable advantage in retaining at least a smidgen of maverick, outsider status. For corporate clients, dealing with a designer can often be a moment of relief and contrast in an otherwise colourless day, or at least it should be. If your meetings aren’t sparkling, you could always try wearing a leather cat suit…