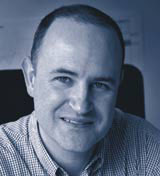 The quickie divorce has just got even quicker. From this week, you can buy a do-it-yourself divorce pack, along with a range of other legal services, as you order your weekly groceries at Tesco.com. You can even earn Clubcard points while you’re at it.

Billed as a one-stop legal-shop, Tesco’s Legal Store is an on-line service offering a range of products, such as a will-making facility, downloadable letting agreements, a ‘jargon buster’ and a directory of solicitors, as well as the £7.49 Separation and Divorce kit. It has been designed in-house.

In the past ten years, the supermarket giants have grown to encompass all sorts of products, from clothing to financial services. It could be argued that a legal offer is simply another phase in the mounting influence and reach of a powerful sector that just refuses to stop expanding.

But it’s a big step for a brand more commonly associated with loo roll and cornflakes, and there is a danger that customers could see it as a step too far. So are consumers ready for death and divorce in the supermarket aisles?

Fitch London managing creative director Tim Greenhalgh says the retailer is well placed to move into new sectors. ‘Tesco has expanded with integrity [in the past]. It understands consumers and has built trust in its offer,’ he says. But he adds that the brand could encounter problems if it expands in too many directions. ‘Expansion needs to be about Tesco’s [core principles] like value, ease and simplicity. My concern is that this might be straying too far from the brand’s centre of gravity,’ he says.

He points to Virgin, the chameleon brand that has lent its name to everything from clothing to cosmetics and condoms, as a warning. Several high-profile extensions have faded since their launch and others, notably Virgin Trains, have inflicted heavy damage on the parent brand through service delivery failings.

Interbrand chief executive Jez Frampton also believes that Tesco can sell legal services successfully, but points out that the need to partner, or to sub-contract aspects of the service, could damage the brand. ‘Managing the customer experience is much more difficult when you sub-contract because you lose a degree of control,’ he says. ‘Sub-contractors might not deliver on brand values.’

A Tesco spokeswoman dismisses the issue. ‘We have a track record in taking on complex sectors and making them simple,’ she says, pointing to the retailer’s success in financial services products by way of example. ‘Ten years ago you wouldn’t pay in a cheque at a supermarket till, but that’s part of everyday life now,’ she adds. She is also robust in her defence of the brand retaining its focus. ‘We’re remaining faithful to our core-brand value of making things simpler and cheaper for customers. We never innovate without first doing research, and our customers are telling us that this is something they want,’ she says.

The Nest strategy and communications director Freddie Baveystock agrees that consumers are ready for change. He believes that trust in the Tesco brand, and a growing acceptance that companies can offer a variety of services, means that purchasing decisions have become largely based on convenience.

‘Tesco has established a brand under which all sorts of different conversations can occur, from talking about Serrano ham to jeans, or financial services. This is another addition, and consumers will embrace the convenience,’ he says.

Although a broader deregulation of the legal sector is some way off, and Tesco is not currently able to offer legal advice, the launch of Legal Store is a precursor to the more complex services that companies will be able to offer following Government reform of law-firm ownership rules.

And, as a market leader, where Tesco goes others often follow – although at present supermarket competitors are remaining tight-lipped about their plans.

Sainsbury’s already offers financial services through Sainsbury’s Bank. A spokeswoman says that the retailer has ‘no plans to move into legal services at the moment’, but would not completely rule out a move in the future.

Outside the supermarket sector, the RAC is believed to be investing in a legal services business, with other firms likely to follow. Greenhalgh says brands such as Amazon, Orange and Which have both the necessary consumer-led focus and the trust of their customers. ‘They could easily pull together information and create legal forums where people share knowledge and experience,’ he says.

Baveystock believes solicitors and law firms should be considering the implications of Tesco’s move. ‘Law isn’t oriented around consumers, it’s oriented around lawyers,’ he says. ‘There are no real brands in the industry. This is a revolutionary step and [lawyers] need to embrace a more consumer-facing approach.’

Greenhalgh agrees. ‘I can’t think of any legal brand that stands out in my mind,’ he says. ‘The legal sector is in a place where mortgages and financial services were 15 or 20 years ago, before they became consumer-focused. Mid-sized legal firms need to recognise that and begin to offer packages of information and services geared towards consumers,’ he adds.

As Frampton points out, if Tesco is able to bring the notion of ‘every little bit helps’ to legal services, it could begin to demystify the field, spelling an end to the intimidating jargon, obscure traditions and lack of customer focus that often characterise the legal industry.

Designers may benefit too, as they find a growing market in law groups finally moving to embrace stronger branding principles and the long-resisted concept that the consumer is king.