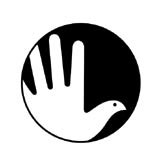 Pentagram has designed the visual identity for charity movement Truce International. Fernando Gutierrez created the marque, with a symbol that embodies the two core elements of the organisation’s objectives: peace and football.

These seemingly incongruous subjects have been brought together under the patronage of Sven Goran Eriksson and Nancy Dell’Olio. The inspiration comes from the legendary World War l Christmas truce football match, when British and German soldiers came out of the trenches for a spontaneous kickabout. The charity aims to raise funds for the provision of football fields and sport therapy programmes for children whose lives have been devastated by trauma.

It’s a shame the Germans went out of Euro 2004 too quickly for the idea to germinate.