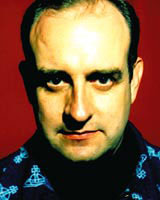 The digital media revolution has led to one thing if nothing else – a rapid increase in Web design jobs. But top-flight creatives with Web experience are still in short supply, highlighted by the increasing staffing problems which face consultancies.

“Recruitment is a constant problem and a real barrier to growth,” says Rufus Leonard managing director Neil Svensen. He suggests the reason behind this is that Web design is still a new, but extremely high-growth area, so designers are playing catch up. A gold-rush mentality means anyone with a bit of HTML experience is getting in on the act, adds Simon Waterfall, creative director at Deepend London.

Svensen argues the fast-moving nature of Web design means new skills are required all the time, with experience in TV and interactive programmes such as Dreamweaver in high demand. “Few Web designers can boast a mix of excellent communication, branding and design skills with e-business experience. This combination of expertise has not been required before now,” he says.

Those with the relevant skills and experience are commanding huge premiums in recognition of their market value. These demands can be difficult to sustain, particularly when they push up costs in general. Web designers earn between £18,000 and £35,000 and rising, says Dave Wallace, chief new media officer at Entranet.

For many, inflated wages are not an issue. According to Svensen, client fees are rising in line with growing pay packets for Web designers, and he rarely receives demands directly from staff for larger salaries. “Clients are setting aside larger budgets for digital media projects,” he says. Svensen suggests this reflects the fact that there are a limited number of good companies offering Web design services – clients want to work with the best and are prepared to pay.

Waterfall agrees wages for digital media designers are in line with inflation, but says the salaries paid to “back end” staff – developers and programmers – are much larger, because that’s where technical experience is needed. He predicts wages in the digital media sector in general will settle down over the next few years as a new generation of good young designers with experience comes through.

Head-hunting from consultancies willing to pay over the odds for talented Web designers is causing more concern. “Poaching is a worry,” says Svensen, “particularly when our designers are being tempted with unrealistic wages elsewhere.” This is something design consultancies with a good reputation have to put up with, says AMXstudios chairman Malcolm Garrett. He suggests one way to retain valued staff is to improve working conditions.

To attract new recruits, consultancies such as Rufus Leonard are offering their staff financial incentives to bring in talented new blood. Digital media group Entranet has taken this principle to its next logical step: it is offering a £3000 “reward” to any member of the general public who supplies the consultancy with a website designer, developer or programmer who stays with the company for a minimum of three months.

Similarly, it is trying to woo a team of ten creatives and producers with a £50,000 sweetener for the successful matchmaker.

This aggressive strategy has grown the consultancy from 90 staff two months ago to a 200-strong team now. “The digital media market is growing at lightning speed and we wanted to match that growth at Entranet,” says Wallace.

There is no watertight way to source new employees, says Garrett, who values the word of mouth approach. Enlisting recruitment consultancies is a good way of navigating the talent pool, says Luxon, but he suggests individual contacts within the company are more important than the name itself. “I work with a few excellent recruitment people, who understand our business, my brief and will only send me relevant CVs,” he says. Many are out to make a fast buck from cuts of the often sky-high salaries commanded by some website designers, he says, and, as a result, service can suffer.

Graduates are still approaching design consultancies directly: Waterfall receives 40-50 CVs a week. Luxon’s dream CV often has a formal design background from print or CD-ROM design, because he says these designers will have developed an eye for detail. But he keeps an open mind and values creativity above all.

For many directors, employing new people comes down to experience, preferably lots of it. “Young, fresh and extremely talented digital media designers are always knocking,” says Garrett. “But many lack the necessary contextual background and will often not be skilled commercially.” This skills gap works both ways, he says: website designers with business experience can lack creative spark.

Entranet takes a different view. It has made a decision not to overlook young designers lacking commercial or digital media experience. It values design talent and technical aptitude over business acumen, and prefers to train staff on the job. “Good design skills can be applied to any medium,” says Wallace. “Many of our new recruits have no previous Web design expertise.”

He estimates 40 per cent of Entranet’s digital designers are graduates of traditional design disciplines. The consultancy is investing £5m in training its employees as it opens a new office in London’s Soho.

Established design schools are good places to start looking, says Waterfall. He lectures at Central St Martins School of Art & Design telling students that, despite new skills being highly valued, aptitude and attitude are more important. “People want to work with people they like – that will never change,” he says.

The recruitment crisis is short-term and will even itself out in a few years, says Luxon. The skills shortage will be short-lived as better trained Web designers graduate. But one thing is assured: digital media consultancies are growing fast, and show no sign of being slowed down by concerns about the on-line economy.