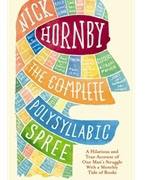 Versatile and idiosyncratic, hand-drawn scripts are back in fashion – the ultimate antidote to the sleek perfection of digital type. Jim Davies looks at the work of classic calligrapher and typographer Edward Johnston and two contemporary hand-lettering artists

Over the past century, several generations of socially- reticent artists, architects and craftsmen have decamped from London to the quintessentially English village of Ditchling, on the edge of the South Downs in Sussex, in search of anonymity, inspiration and fresh air.

The multi-talented Eric Gill is undoubtedly the village’s most prolific and infamous former resident. In the 1910s, he set up a kind of artisans’ community on Ditchling Common, a place he could live out his ideas of self-sufficiency, asceticism and Catholicism, while continuing to explore his passion for engraving, typography and sexual shenanigans. Friends and followers came to join him, including the brilliant, but idiosyncratic Edward Johnston, who had previously taught him calligraphy at the Central School.

In design circles, Johnston is probably best known as the creator of the iconic typeface still used (albeit a tweaked version) by London Transport, and the familiar roundel logo used on the Underground. To a small, but dedicated fraternity, however, he’s hailed as the father of modern calligraphy – the man who redefined the use of the edged pen and breathed new life into the ancient and arcane craft of inscription and illumination.

To this day, Johnston’s 1906 magnum opus Writing, Illuminating & Lettering is considered the seminal text on calligraphy – only last year, a popular new Japanese edition was launched. And now, to celebrate the book’s first publication exactly a century ago, the charming Ditchling Museum – a former Victorian schoolhouse – is staging an intimate and revealing exhibition dedicated to Johnston’s work.

With Pen, Ink & Paper/ Being Edward Johnston has been curated by the calligrapher and academic Ewan Clayton. Rare and unseen works, lent by the Johnston family, counterpoint the public and personal side of their ancestor’s painstaking output. Immaculate handmade toys and books fashioned for his daughters and an intricate book of poetry dedicated to his wife sit alongside arresting public commissions, preparatory sketches and impressive quill pens.

Today, reacting to the predictable perfection of digital type, the appetite for expressive hand-drawn lettering is stronger than ever. Granted, it’s not as formal or mannered as Johnston’s and its reference points are more eclectic, but it’s still worth remembering where it all started.

Ravensbourne alumnus Alison Carmichael has been steadily making her name as one of the most sought-after hand-lettering artists in the advertising industry. But a recent promotional push, masterminded by Mark Denton Design, seriously upped the ante. A limited-edition, baby pink, silk-screen print bearing the word ‘cunt’ in ornate script and the sign-off line ‘words look much nicer when they’re hand lettered’, found favour with hard-nosed awards judges at home and abroad (including this year’s Design Week awards), and made it on to the walls of picky design consultancies. 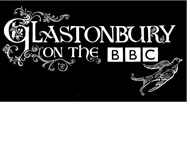 This instant notoriety has kicked open various new doors for Carmichael, including a signage project with NB Studio for a Tate Britain show. Not that the scope of her work lacked variety before – she’s supplied lettering for book covers, window displays, exhibitions, pop promos, magazines, body painting and promotional events. ‘I have to be versatile – it’s the only way to survive,’ she says. ‘The great thing about hand-lettering is that the possibilities are endless, there are no boundaries.’ She concedes that her work is highly commercial and probably wouldn’t cut it with the hardcore scribing community. ‘A lot of it is pastiche,’ she says. ‘People might want something done in the style of an old French film poster or Darwin’s writing.’ Nevertheless, her work is executed with no small amount of flair, charm and wit.

Jonathan Gray’s dexterity with hand-drawn lettering received massive international exposure, following the success of Everything Is Illuminated, the hugely successful debut novel by New Yorker Jonathan Safran Foer. The cover features vigorous, rudimentary painted type, which seems to be pushing its way out of the confines of the page. For Safran Foer’s follow-up, Extremely Loud & Incredibly Close, the lettering – encased in the outline of a red hand – is more refined, but still forceful and unpredictable. Gray is currently developing a full digital typeface based on these letters, which is to be licensed exclusively by Hewlett Packard. 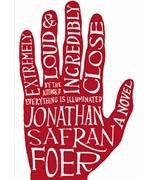 A graphics graduate from London College of Printing, Gray worked in various publishing houses before setting up on his own. ‘Hand-drawn type is a good way of adding personality,’ he says. You’re not using an existing mould, so you can be more expressive – softer, fiercer, whatever’s required. It’s a very malleable, elastic medium.’ His cover for Marina Lewycka’s A Short History of Tractors in Ukranian bears this out. Based on an Eastern European woodcut type, it captures the quirky charm of the book perfectly. Using type in a self-consciously illustrative way means Gray can easily cross over into other media – for example, he’s contributed visuals for the New York Times and New Yorker magazines, created T-shirt graphics for a US clothing company and designed posters for a new opera in Berlin.

Zaha of all trades