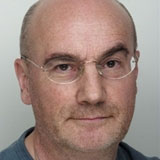 Mid-20th-century Swiss graphic design may have reached perfection, but it wasn’t restricted by as many commercial demands, says Adrian Shaughnessy

To coincide with the publication of his book Swiss Graphic Design: The Origins and Growth of an International Style 1920-1965, the designer and design historian Richard Hollis gave a talk and hosted a discussion at Central St Martins School of Art & Design in London.

Hollis conducted the affair with an air of calm, professorial detachment. He presented a series of slides (an endearing gesture in the digital era) showing an abridged history of Swiss graphic design. His samples were dog-eared and weather-beaten, which gave them a richness and vividness that is usually lacking in the slick and pristine displays of graphic design we are used to.

Hollis clearly lives and breathes his subject. Working without notes, he talked compellingly about the work – much of it dating from the 1920s and 1930s – and you sensed that, without time constraints, he might have talked all night. But, after an hour, he turned the subject over to his panel and instigated a group discussion.

Two thoughts occurred to me during this discussion. The first was that, although we designers have sophisticated ideas about visual communication, many of us haven’t the slightest idea about how to communicate to an audience in a lecture theatre. Sitting at the back of the theatre, I missed half of the discussion, as the panellists turned their backs on the audience to address the screen behind them, or decided that the hand-held microphone they were sharing was a dangerous device to be avoided at all costs. Despite cries from the back of the room to speak up, the participants mumbled and wouldn’t use the microphone.

I don’t expect designers to be orators, but why is it that we who are adept at visual communication are often inept at verbal communication? Don’t the same principals of clarity and directness apply?

It was this observation that led me to my second thought – namely that Swiss graphic design from the mid-20th century is unsurpassed in its ability to communicate. No school or genre of graphic design rivals the best Swiss design for succinctness, directness and searing clarity, while retaining a rich patina of aesthetic depth. The great Swiss designers – Karl Gerstner, Max Bill, Josef Müller-Brockmann, Siegfried Odermatt, Armin Hoffmann and others – achieved a mode of perfection in graphic expression that is unsurpassed to this day. And, as Birdsall said, it wasn’t a stylistic reflex, it was created out of a deep-seated philosophical conviction about the way information should be communicated.

The day after the talk, I was enthusing to a young designer about the uncluttered poise of the work Hollis showed. I raved about the simplicity of Swiss posters – their purity and lucidity. ‘Yeah, but I’ll bet they didn’t have to use 30 sponsors’ logos on their posters,’ he said.

And, of course, he’s right. The graphic poise achieved by the Swiss greats is pretty much unachievable today. Partly because we lack their philosophical rigor, but also because commercial imperatives dictate, wrongly in my view, that, for design to be effective, it must offer sensory overload.

All of Us helps Tate to get interactive