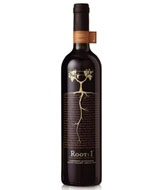 UK design consultancies have walked away with a handful of gongs for their work in packaging in the eighth annual International Food and Beverage Creative Awards competition. Overall, however, the creative standard was not as high as expected, according to a juror on the panel.

A trio of London consultancies picked up top prizes: Turner Duckworth won best of show for its design of Root:1 (pictured), a red wine manufactured by Click Wine Group, which also owns the labels Fat Bastard and Mad Dogs & Englishmen; Williams Murray Hamm won the health food category for its redesign of Sainsbury’s Organics, a portfolio of products including soup, tea bags and breadsticks; and Ziggurat Brand Consultants won the dairy products category for Over the Moon, a range of blended cheeses produced by Dairy Crest.

On the international stage, Dutch consultancy VBAT picked up an award for its design of Not Guilty ice cream desserts, manufactured by Freeez. Swedish consultancy Årbrandt Design also wins for its illustration-led packaging for non-alcoholic drink Läskfabriken i Vimmerby, by Abro Bryggen.

The packaging category is one of several FAB categories, which include television, poster, press, radio, sales promotion, guerrilla marketing and on-line advertising. Up to 3000 entrants were received from more than 60 countries.

This panel also judged the brand identity, logo design and retail environment categories. While nominations were given out, the jurors did not award any winners in these categories.

Panel chair Marshall says the quality of entries was not as high as she would have expected. In the newly introduced retail environment category, for example, not a single entry was nominated. ‘A lot of the work just wasn’t that inspiring,’ she says. 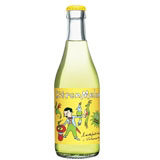 Confusion over category types also appears to have been a problem, resulting in some consultancies failing to meet the full brief with their entries. ‘This competition is perhaps more geared towards advertising, but designers should take FAB more seriously,’ adds Marshall.

FAB Awards president Neeraj Nayar encourages designers to fully meet the briefs when submitting entries. He says next year’s scheme, which will launch in the autumn, will continue to build on existing categories.