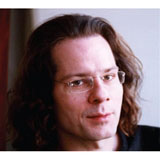 Media reports suggest that Germany is looking to change its image – though not its branding – in the run up to the World Cup. Where do you think it should start?

Do they need to change? Trains that run on time, builders who know what they’re doing, an education system that works pretty well, decent health care and let’s not forget the cars or the football, but hey, I’m biased. I’m a Kraut.

Sausages, lederhosen, the work ethic, fussball, efficiency, beer halls, Schlager, loud shirts, bad eye-wear and Eurotrash boobs. Nothing wrong with this image! The biggest joke is that Germans don’t get the joke – but they do.

As an office that’s half English and half German, we’re often riled by lazy cultural stereotyping. The most effective hook for a new image is often staring you in the face, so Germany should focus on the charming contradictions that they do best: dry humour and drinking festivals; fast cars and green politics; lederhosen and cool trainers; beer and long words; sausages and design heritage; existentialism and penalty shootouts.

Germany needs to change its image from the ground up. I’d recommend starting with football boots. Research has shown that German centre forwards play better in high heels. I’d accessorise with handbags and fluffy boas.

You can’t change a nation’s image in five minutes or five months – or even five years. Germany’s image is multi-faceted, complex and perceived through a series of distorting mirrors. When the World Cup is long forgotten, Germany’s image will linger on, unless something serious, long-term and comprehensive is commissioned. 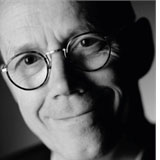 Clients get what they deserve. The design programme for the World Cup (commissioned by FIFA and DFB, the German FA) is a nightmare. Ironically, the logo was conceived between an English and a German agency (you know who you are), so we have the worst of both worlds. Other than that, German design is thriving.

Creative London to report on design centre in the capital

Good credit card design is not as easy as it looks