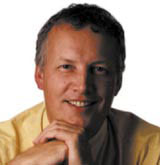 Fitch Worldwide chief executive Paul Stead has left Cordiant Communications Group to ‘go it alone’, in the second high-profile departure from the group within a month.

Stead, who joined CCG from Fitch PSD three years ago, maintains that his departure is ‘an amicable split’ .

‘I resigned from CCG about a week ago on the basis of wanting to do something else. It’s all mutually agreed and I leave under no cloud,’ he says.

Stead hopes to start his own business having agreed a settlement with CCG chief executive David Hearn yesterday that allows him to do so in six months time.

A CCG spokesman says Stead’s departure has ‘nothing to do with’ the company’s statement on Monday that one of its largest clients, Allied Domecq, will terminate its contract from October.

In a statement by the group it admits the loss of Allied Domecq means it may not be able to announce its audited results on 30 April, which could see trading in its shares suspended on the London Stock Exchange.

Share prices plunged on the announcement, down 65 per cent on Monday, and financial analysts suggest that the group will struggle to remain in its present form.

Stead’s exit follows the departure of former Fitch London chief executive Jane Simmonds earlier this month. Fitch London managing creative director Tim Greenhalgh says the group is ‘somewhat shielded’ from the Allied Domecq fall out, but admits staff morale is at risk. ‘The biggest problem could be more turmoil for our people.’

Greenhalgh says CCG has ‘indicated it may look for an overall chief executive’ to replace Simmonds, but that the decision is likely to be deferred.