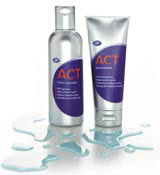 Teenagers have grown out of the marketing tactics used for youth brands, forcing designers to speak to ‘young adults’ in their own language, says Danielle Green

If you’re selling to the teen market, but don’t know your ‘nang’ (‘cool’ in teen speak) from your ‘dry’ (uncool) then you’d better get with the programme, because today’s adolescents are a scarily uncompromising lot.

In today’s teens, marketers recognise an ever more demanding audience; advertising-savvy and notoriously fickle. Communicate to these increasingly aspirational young adults in a way that is less than pitch perfect and brand meltdown beckons.

Sensitive to this, teen-oriented brands ranging from skincare lines to bedroom furnishings are queuing up to inject their images with fresh youth credibility.

Designers tasked with helping brands to target teens face myriad challenges. Notably, designs must speak to young adults in their own language. And that doesn’t mean mimicking what many so-called ‘yoof’ products and services did in the past – calculating, often wrongly, from an adult perspective what pushed teens’ buttons.

Banging the ‘don’t patronise teens’ drum is The Sorrell Foundation’s trustee Frances Sorrell. Sorrell’s insistence that designers ‘avoid making assumptions’ about teenagers led to the foundation’s Joinedupdesignforschools initiative being driven by secondary schoolchildren who were effectively consulted as clients in the design briefing process (DW 17 April).

‘Teenagers are very specific in their likes and dislikes,’ asserts Sorrell. ‘You have to listen and then go back to them and listen again. They are incredibly astute and understand exactly when they are being marketed to.’

It is a view echoed by Pearlfisher creative partner Jonathan Ford. The group created packaging for Michael Van Clarke’s Know How shampoo range, targeted at older female teenagers (DW 23 January). Ford highlights how a creative focus on the shampoo’s properties, rather than its maker, was devised with teens’ inherent bullshit detectors in mind. ‘Teens are clever. They reject celebrity hype, in favour of knowledge. Three years ago it was all Nicky Clarke and Charles Worthington, but now teens recognise it’s not about the name, but about getting great looking hair,’ says Ford.

Superdrug, which drafted in Pearlfisher to revamp its own-label Tea Tree skincare products (DW 5 September 2002), has also moved to a focus on benefits in this teen-oriented range. It shifted brand emphasis from ‘alternative’ to contemporary mainstream by replacing the product’s Aboriginal look with ‘earthy’ typography.

‘It has a fresh, natural, hand-crafted look that extols the virtues of the product itself,’ comments Neil Pedliham, design manager at Superdrug.

Consulting the myriad teen magazines displayed on news-agents’ shelves these days can also explode misguided ‘adult’ preconceptions that could prove disastrous if translated into brand imagery.

Thyme Design Associates partner Geoff Smith says the group pored over ‘armfuls of teen magazines’ and then canned some of its original designs for children’s bedroom furniture mail-order firm Play Room’s catalogue on the grounds that they were ‘too naÃ¯ve’.

‘The magazines enabled us to get under the teen market skin. We realised our early visual solutions were plainly incorrect – not edgy or sophisticated enough,’ concedes Smith.

Lay the ‘edgy’ on too thick, though, and designers risk alienating the parents who invariably bankroll their children’s purchases.

According to Smith, the solution here lies in creating the equivalent of two parallel design universes. In the Play Room catalogue this meant drawing the teen browser’s eye to a series of stylised bedroom settings, each of which represented spaces geared at the many teen ‘tribes’ identified by Play Room.

‘The kids got the graphics but Mum got the photography to reassure her,’ notes Smith. ‘For teens it’s about image and for parents it’s about conveying the facts.’

That said, stresses Shaun Dew, creative director at Dew Gibbons, today’s 30and 40-somethings are the first generation of marketing-savvy parents. As such, designers working on teen-targeted creatives are in a less onerous position.

‘These parents come from quite an image-conscious generation compared to their predecessors. They are aware they need to be on side with their kids. And while they want the product to work, they also want the kids to feel it is credible, meaning designs can still be adventurous.’

‘Designers often use youth culture iconography, but it rapidly looks uncool, as do high street fashion colours,’ reflects Dew. ‘The silver we used on Act won’t go out of fashion because it’s not a fashion shade – it’s slick, asexual and permanently appealing.’

A trade-off frequently required by designers is in typography. While typography represents priceless youth currency because of ubiquitous teen possessions like magazines and record sleeves, designers frequently adopt a more muted typographical approach. This is evidenced by Play Box’s logo, by Multistorey, which steered clear of typefaces currently associated with the youth market to avoid ‘dating the company’.

But, ultimately, youth trends’ constantly shifting sands will always necessitate rapid design turnover, according to Pedliham. ‘Teens don’t stand still. If you go for an “of the moment” look, in six months it may be ancient history. It’s the nature of the beast.’

Lord’s bowled over by identity