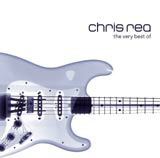 Peacock Design has designed the album sleeve for aging rocker Chris Rea’s latest release, The Very Best Of, using an x-ray of the musician’s 1962 Fender Stratocaster guitar. The consultancy was asked by Rea’s manager John Knowles to use the instrument without pandering to well-worn rock cliches. ‘We had the idea of having his guitar x-rayed, therefore humanising the guitar. This represents a fusion between musician and instrument that is fitting for a collection of his best work,’ says a spokesman for the consultancy. The consultancy won the work, which launches on 19 November, without a pitch having worked on Rea’s previous album, King Of The Beach, which was released in October 2000.

Bear moves downstream and we admire the catch