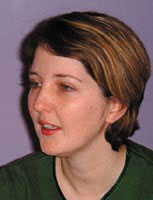 Virgin Atlantic has cut seven people from its product design team and halted interiors projects as a result of airline cuts since the US terror attacks, it has emerged.

Nine permanent staff remain. Of the staff cuts, four people were permanent, of which three were designers and one worked in administration. The other three were freelance.

A further two freelance staff have been made redundant at Virgin’s graphic and brand design team. There was an initial drop in activity, but ‘bread and butter’ work with external consultancies Start Design and Glue Media will continue, says head of brand Ginnie Leatham.

Virgin Atlantic is putting several proposed business class lounge projects on hold. It anticipated completing three lounges in 2001/ 2002, all of which have been indefinitely postponed.

A Club House business lounge planned for Newark, designed in-house, is on hold, and the future of lounges in Chicago, Toronto and Los Angeles airports are unlikely to go ahead, following the news that Virgin Atlantic will no longer fly to Chicago and Toronto.

No external groups have suffered as a result of this decision as appointments had not yet been made, says Cooper.