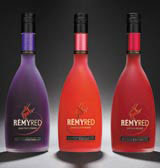 As Unwins unveils plans to expand its dedicated wine retailer Phillips Newman, it will be bolstered by figures revealing that alcohol consumption in Britain is rising.

According to research by Mintel, alcohol sales have increased by 5 per cent between 1999 and 2004, passing the eight billion-litre mark for the five-year period. Figures show that 88 per cent of Britons have had an alcohol drink in the past 12 months, compared to 86 per cent for the French and 70 per cent of Germans.

The rising popularity of alcohol is reflected mainly in wine sales, which have increased by 23 per cent during the past five years. Mintel’s report reveals that the number of women consuming wine is rising, contributing to the sales boost.

Brands that have identified this trend have responded with the way they market and promote their products. Wine can be a difficult market for branding, but there is room for improvement in the packaging, according to Nick Verebelyi, director of 3D packaging and branding at Design Bridge. ‘The market recognises women as drinkers and consumers and so it is targeting its designs and packaging to reflect this,’ he says.

Products such as Sabai wine demonstrate this trend. Launched in July 2004, it has a very strong feminine feel. Designed by Design Bridge, it uses a floral motif and has an oriental theme. According to Verebelyi, the aim was to be ‘appealing without patronising women’.

And while women are happy to buy into presentations that are very masculine, men will not be attracted to the overtly female inspired design, says Verebelyi.

The female drinks market had seen other changes: Bacardi Breezers and Smirnoff Ice, originally in 330ml bottles, were downsized with women in mind. ‘The 275ml bottles are easier to hold and are relatively discreet,’ explains Verebelyi.

There is also an aspirational association with wine. ‘Consumers want to be seen with a glass of wine,’ explains Hanna Kivimaki, senior analyst for Mintel. ‘Beer just doesn’t offer the style that image-conscious people want.’

However, alcohol is no longer the first choice of beverage for many in France and Germany, as more people opt for healthier drinks such as water, especially at meal times. The report shows a fall of 6 per cent in alcohol consumption in France and an 8 per cent decline in Germany, and this trend is set to continue, says Kivimaki.

As European consumers start to prioritise a healthy lifestyle, they are being targeted by the ‘fresh’ packaging of water and water-based drinks (DW 28 July), leaving waning beer and wine sales on the Continent. Wine in France and beer in Germany are increasingly recognised by younger consumers as old-fashioned, especially as many drinkers in France are aged over 55 and male. This is a problem the drinks industry is trying to solve, according to Kivimaki.

The French market needs to look at the ways in which the new world wine industries make their wines more accessible through their overall design, packaging and presentation.

According to Verebelyi, the wines of South Africa and America talk less about the grape and the vineyard, concentrating instead on building a story about the location and culture these wines represent. New world wines are all about occasion, he says.

Estimated value of alcohol sales for 2004:

Litres of alcohol consumed in the past five years: