The appointment is part of a wider £235 million plan to strengthen the area, which was produced by Publica and developed in consultation with local stakeholders.

The plan identifies several objectives for the work, including the implementation of “smart city” technology on and around the street where it runs from Marble Arch to Tottenham Court Road. By choosing one design consultancy to oversee the work, the council is aiming to ensure a “consistent design approach”, it says. 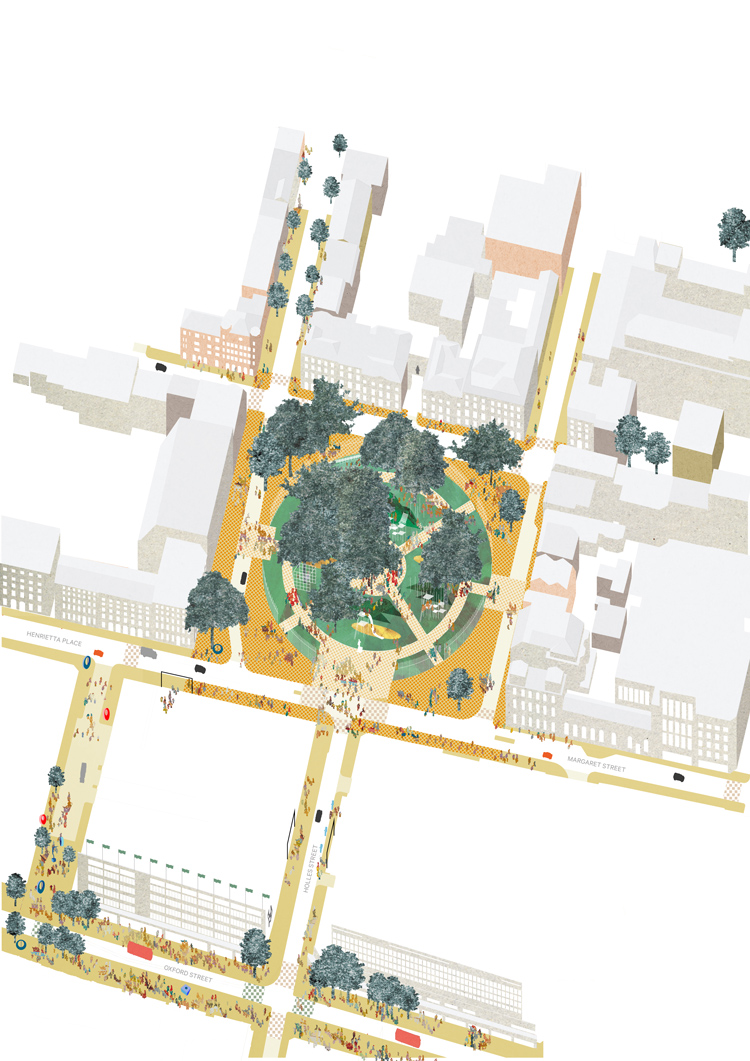 Publica has worked previously on a number of projects with Westminster City Council, including a study of Soho, the complete redesign of Bond Street – a major public realm undertaking – and similar ongoing work in Hanover Square.

The council initially approached the consultancy to help prepare a policy for the Oxford Street District. This policy was then formally adopted last Spring and has now resulted in its new appointment as design guardian.

Publica founding director Lucy Musgrave explains to Design Week that these initial stages required “an incredibly rigorous study” of the area, to ensure that “everyone working, living and visiting these historic neighbourhoods would be thought of throughout”.

Stakeholders engaged with in this process included businesses and residents, but also organisations like the Westminster Youth Council, the New Westend Company and the Crown Estate. 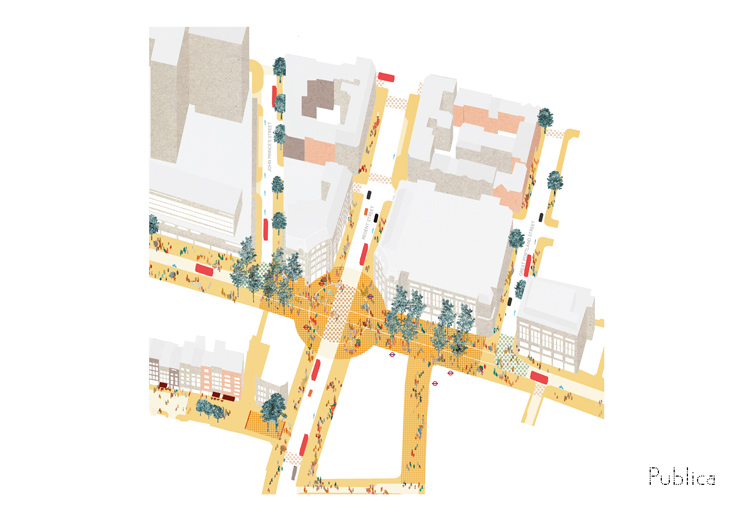 Cleaner air and other “intractable issues”

There are numerous intentions for the project, ranging from the design of the public realm itself, to the air around it. It is by all accounts an ambitious plan, Musgrave says, and one that it intends to work on “holistically”. One of the main considerations for the work ahead will be to maintain Oxford Street’s “inclusive” nature, Musgrave adds.

“There are just so many people there passing through and it doesn’t matter what age you are or who you are, there’s something there for you,” she says. “We have to pay attention to this.”

To ensure this continues to be the case, targets for the plan include creating a fully accessible and walkable district, cleaner building emissions, more plants and nature and less traffic congestion. This intends to, among other things, reduce air pollution along the street, which has in the past been regularly recognised as one of the most polluted in Europe.

As Musgrave explains: “We want it to feel inclusive, as well as deal with some of those really intractable issues, like residents and children feeling safe and having quality air to breathe.”

Other features of the plan will include the implementation of “smart city” tech and a “programme of culture and public art”, to ensure it is a destination for “day, evening and night-time”. This new and improved streetscape, Musgrove says, aims to improve the overall city experience. Details will follow in the autumn as to how such ideas will be implemented further. 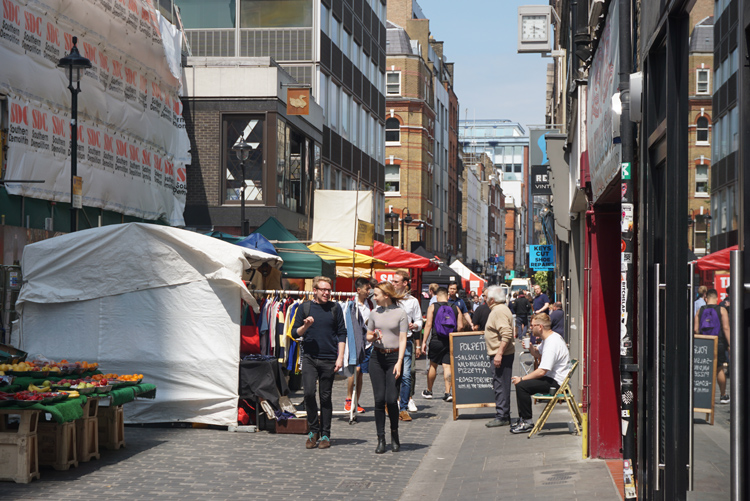 Quality of public realm needs to catch up with architecture

Leveling on the design-led approach, Musgrave points to all the connections and interactions that visitors, residents and stakeholders have in the area, which need “careful consideration”. Design, she says, is able to facilitate that consideration.

“Holistic, expansive, big-picture thinking is needed to explore how we can use our streets and spaces better, while still preserving the character and dignity of Oxford Street,” she says.

Musgrave also recalls the work Publica performed for Westminster City Council for Bond Street in which the team took a “three-dimensional look at the area”, separating and designing it into seven different “urban rooms” to tackle separately and then unify. The task was more than just installing public art and cleaning the streets, she adds.

“As with Oxford Street now, while Bond Street itself was a hugely successful shopping destination, the public realm often didn’t match up with the quality of the architecture, townscape and shops,” she says. “It was more than just a case of the material choices for footways, for example, and required a multi-layered approach”.

“Now it is crucial”

The plan for the Oxford Street District will need to be adaptable – like so many other high streets in the UK, the area and its businesses are currently dealing with the fallout of the coronavirus crisis and subsequent lockdown. It has, understandably, caused huge disruption to the many shops, restaurants and bars that attract the street’s nine million annual visitors.

In a statement provided to Design Week by Westminster City Council, council leader Rachael Robathan says the work has taken on a new level of importance in the context of COVID-19.

“The pandemic has left many of the country’s businesses struggling,” she says. “The ambitious plans we are developing will see the Oxford Street District revitalised for residents and our city’s millions of visitors and secure its global reputation as the place to enjoy London’s finest retail, leisure and culture.”

It’s a sentiment shared by Musgrave, who says: “Obviously this work was important before the pandemic, but now it is crucial.”