Sheffield-based consultancy Side by Side has branded Sheffield Money, a new not-for-profit finance broker set up by Sheffield Council in response to payday and doorstep lenders “ripping off and exploiting those most in need of credit.”

Sheffield Money will compete directly with these companies by working with financial service providers which it sees as more responsible. It is registered as under the Cooperative and Community benefit Societies Act 2014 and is recognised by the FSA.

Side by Side says it won a pitch against six other consultancies and worked with Sheffield Council to create a brand that was in line with its vision of being “the fairest city in England”.

Payday loan companies such as Wonga are beginning to change their branding and business plans in response to the FSA tightening the rules on lending.

However Side by Side creative director Dave Greasley says that when he started the project, “Many of the payday loan companies had quite jokey brands, but we wanted to appeal to people honestly and on a more emotional level.”

Greasley says: “We began by putting our selves in the shoes of a person who might be struggling with money and took an illustrative route.” Illustration has been used to communicate directly with customers and other stakeholders through advertising and marketing communications.

To this end a newspaper was also created so that Sheffield Money could communicate with large employers in Sheffield.

Blue and red are associated with banks and local football teams

The Sheffield Money brand has been set in green. “Blues and reds were ruled out as they’re associated with big banks and the two big football teams in the city, Sheffield Wednesday and United,” according to Greasley who says green is also a good fit as Sheffield has more green space than most other European cities.

Sheffield Money was preferred to the company’s working title Finance for Sheffield as it was more obvious, simpler and more memorable.

The logo is clear, works for different audiences and can adapt as the company grows says Greasley.

Side by Side has also applied the brand to the interiors of a high street Sheffield Money shop and developed a store concept. 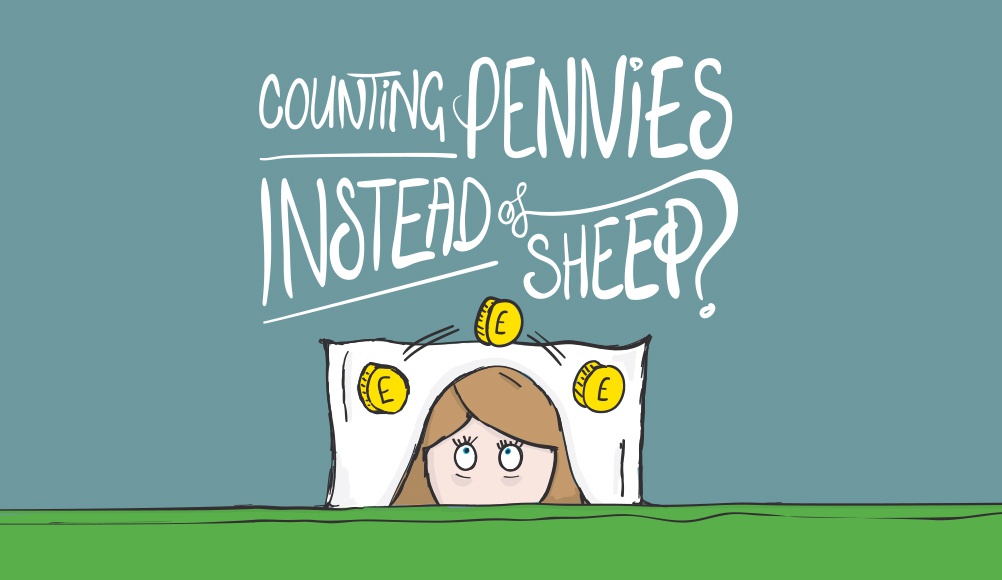 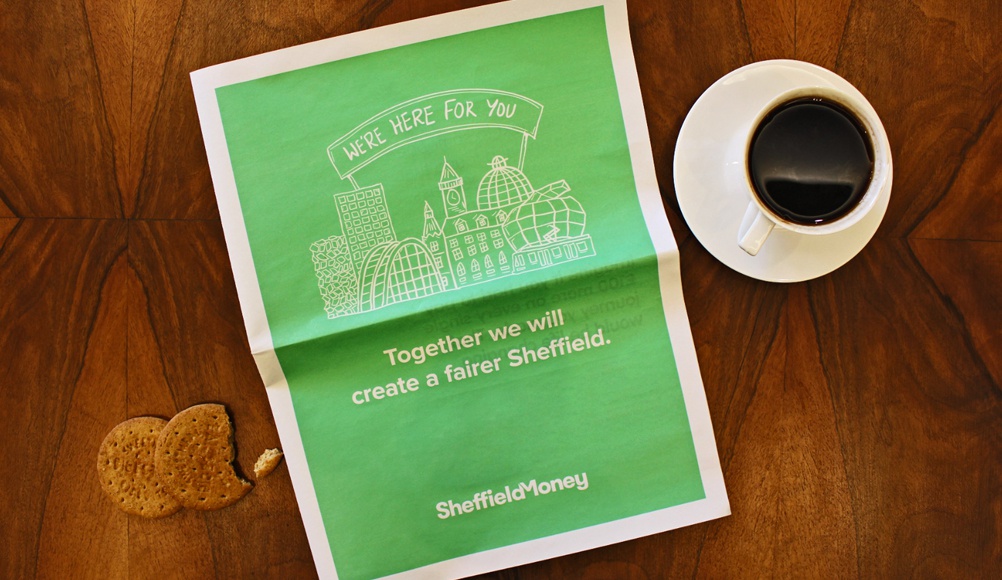 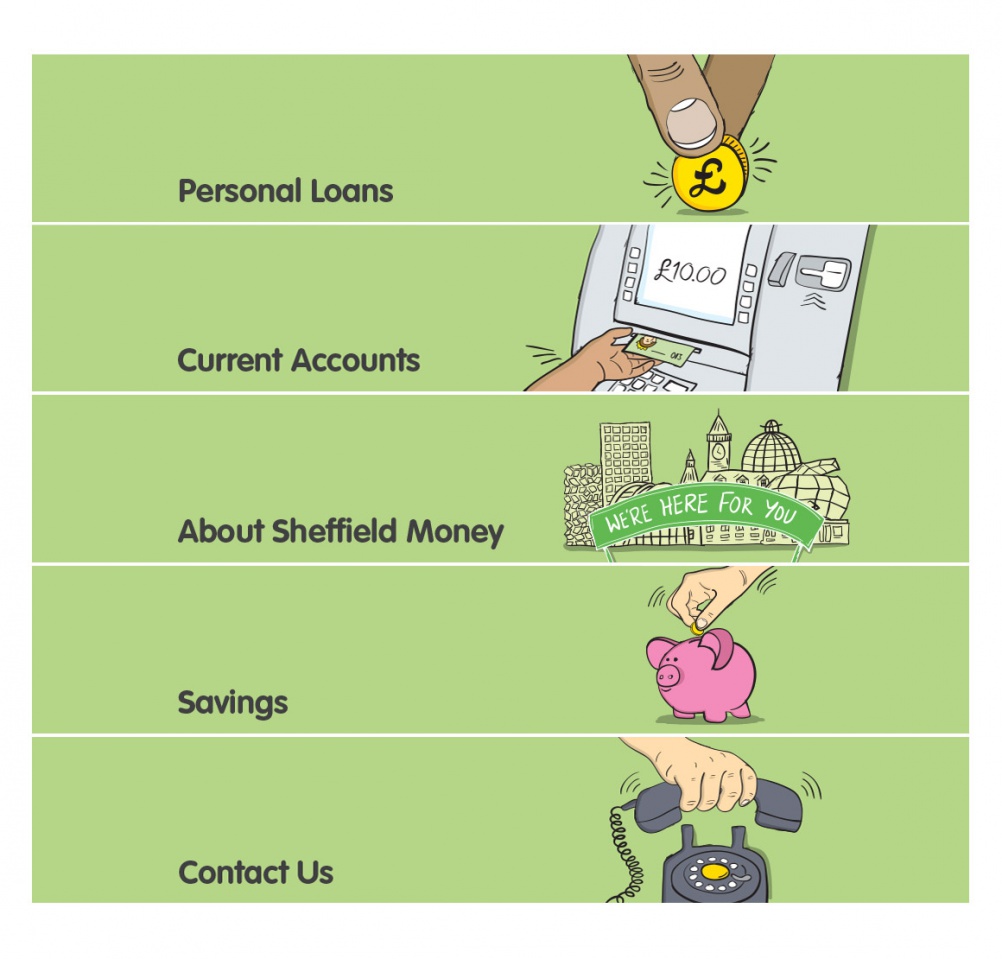 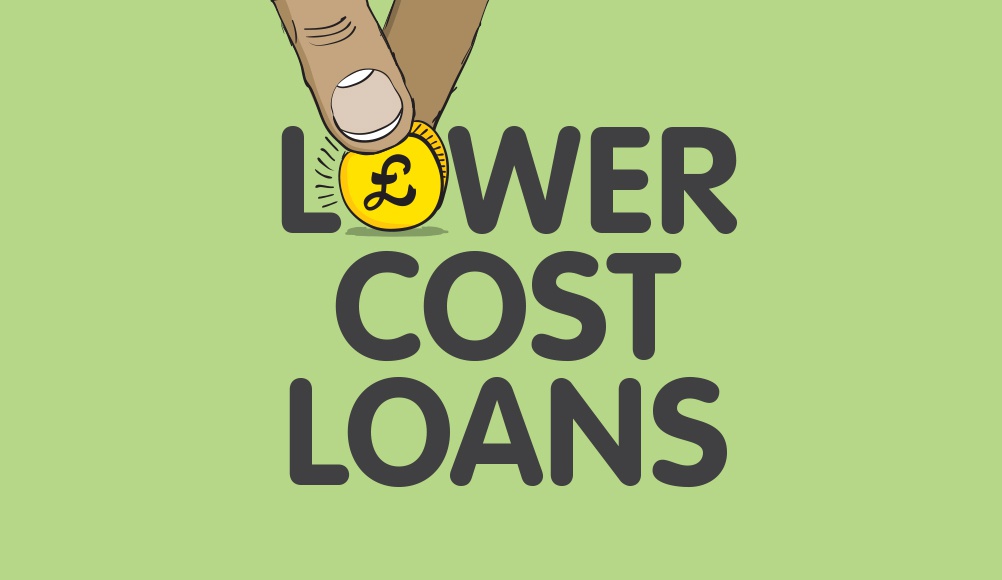 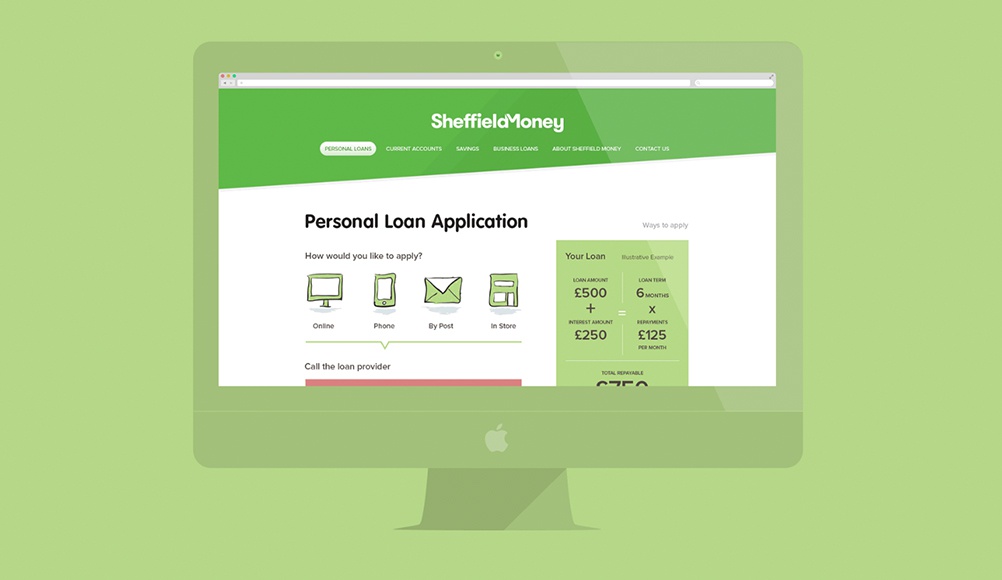 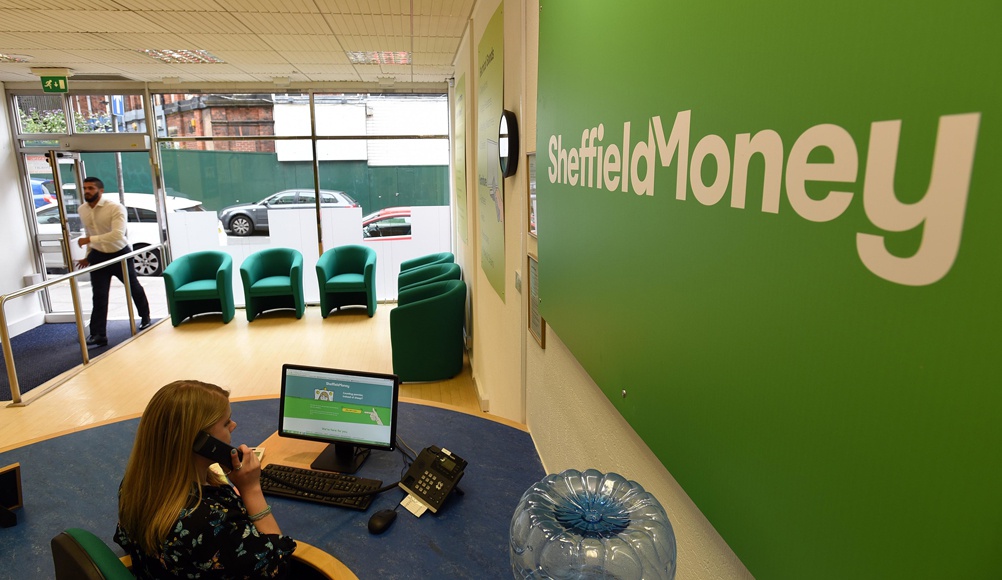