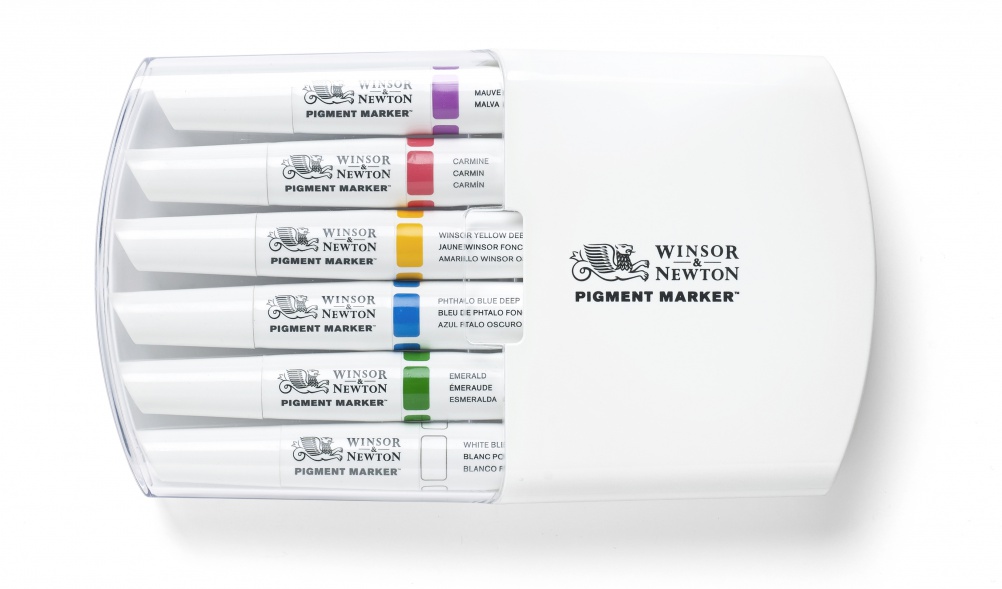 Art company Winsor & Newton is set to release “revolutionary” new marker pens that it claims can create works that won’t fade for 100 years.

The Winsor & Newton Pigment Markers, which are coming to market next month, use specially developed pigment, rather than traditional dye-based inks.

The company says that unlike ink from other marker pens, which can fade in a matter of months, the new pens will create works that can remain light-fast for more than 100 years.

“These can create works that will last a lifetime”

Winsor & Newton global brand director Ben Hovanessian says: “These are pens that can create work that will last a lifetime.”

He adds: “There’s no colour-shift or fading – this is a real advantage when you’re talking about professional artists and designers using these.”

The new markers use pigment technology that has been developed in Winsor & Newton’s in-house laboratory as part of a three-year project.

The markers are available in a palette of 107 colours and grey tones. The range also sees the introduction of the first-ever white marker.

Hovanessian says: “Marker pens have never traditionally been available in white because they use dye-based ink. Because we’re using white pigment it behaves like paint – you can use it on black and coloured paper and you can also mix it with the colour palette to create a range of tones.”

While Winsor & Newton’s in-house team worked on the pigment technology, the pen’s form has been created by Swedish product design consultancy Veryday.

Veryday’s director of industrial design David Crafoord says the consultancy was aware that it was creating a pen aimed at professional designers and artists and has aimed to create “a professional pen – a next generation pen”.

Hovanessian says: “We wanted to have something that would feel advanced and dynamic enough for designers who are used to working in a very ergonomic way and with very user friendly interfaces.

“It had to feel like something that would be part of a modern toolkit – and not look out of place next to an iPad or a Mac.”

On designing the pen, Crafoord says: “We had to look at how a professional would use the pen, and while it’s a very tactile device it also has to appeal to a very aesthetically aware person.”

He adds: “In a way the fact that this is aimed at professional designers was an advantage for us – we have about 80 people in our company which means we have a lot of test users and we were able to trial a lot of different iterations.”

Crafoord says that rather than designing a traditional marker pen, Veryday looked to paintbrushes for inspiration.

Easy to hold for several hours at a time

The pen has been designed for people who might be using it for several hours at a time. Hovanessian says: “We did lots of testing to make sure it would be as easy as possible to hold – that’s why it’s shaped in a particular way to rest in the hand better than some of the bigger, thicker markers on the market.”

The chiselled nib features a round grip section, which Crafoord says lets users easily change their grip, while the fine nib has a triangular section for better precision.

A simple shape with plenty of detailing

Crafoord says the team did a lot of work on detailing – such as creating different-sized lids for the two nibs, and making sure that the lids have proper ventilation – “if you put a lid in your mouth you should be able to breathe,” he says.

He adds: “It was a challenge to make something that had a very simple shape but also has all the detailing and the quality that this audience would appreciate.”

Winsor & Newton was rebranded by Pearlfisher in 2013, with a new identity featuring a redrawn Griffin mark and new packaging guidelines.

The company’s packaging and branding from the 1970s and 1980s was developed by Michael Peters and won a host of design awards, including D&AD Awards. 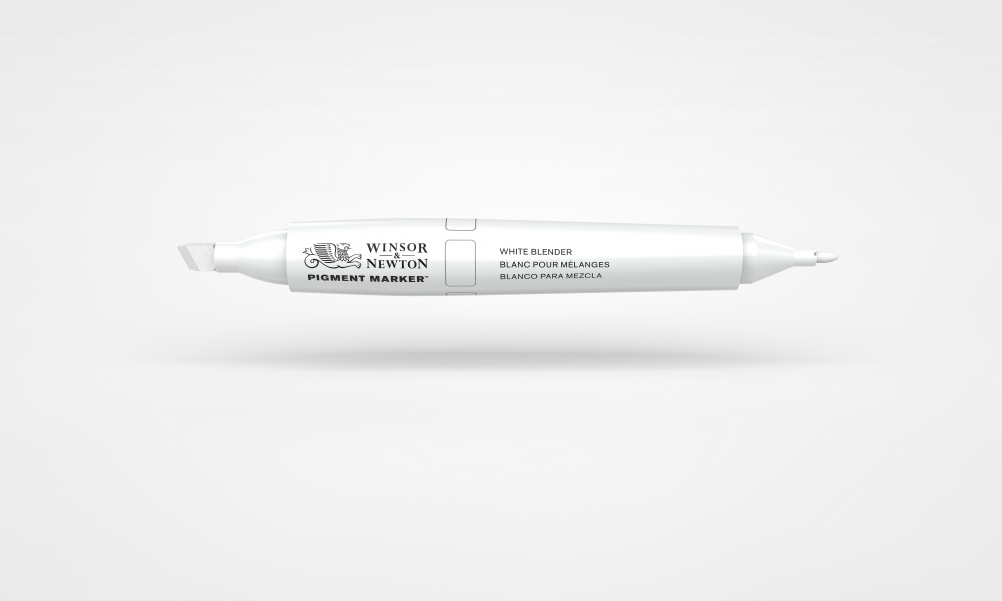 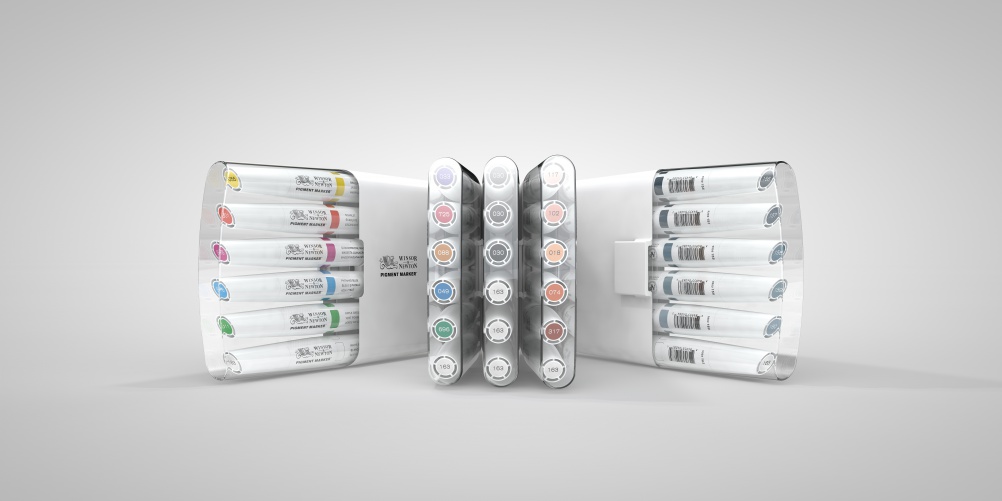 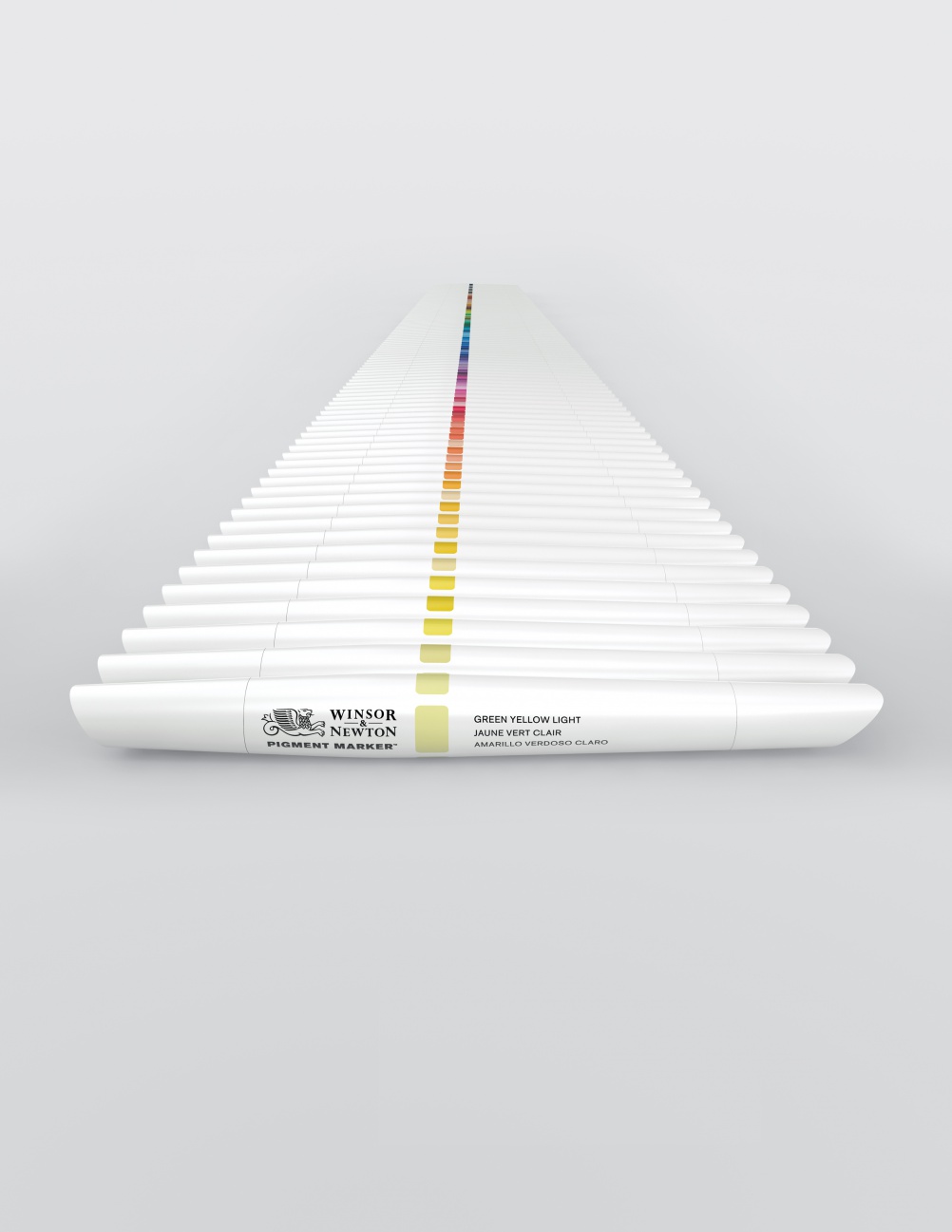 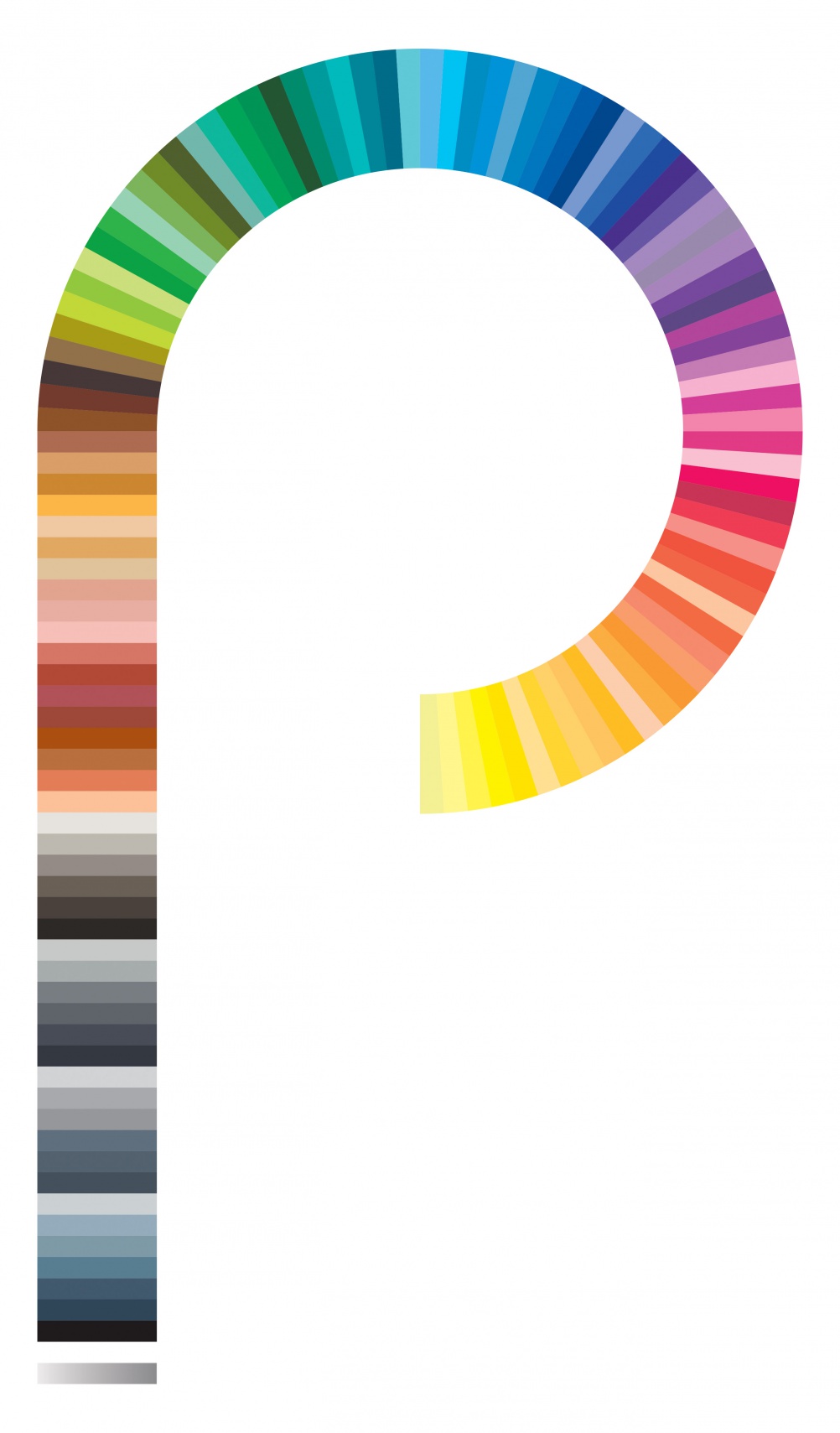 Who owns your logo? Put it in writing, say copyright experts