Cancer care organisation Maggie’s has unveiled its newest centre at The Royal Marsden Hospital, marking its 25th location since the charity started in 1996.

Located in Sutton, south London, the project was led by the team at Ab Rogers Design. The east London-based studio was approached to design the centre having previously worked closely with Maggie’s in a consulting capacity.

“We have championed them and their cause for a long time, and it was an honour to be asked to design a centre,” says founder and creative director Ab Rogers. 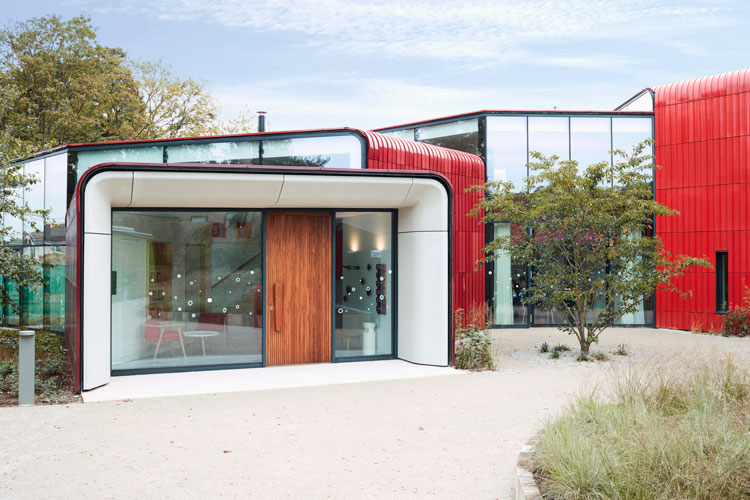 Being many things to many people

Focusing on the users of the prospective space, Rogers says the project was “designed from the inside out”.

“Visitors spend more time inside Maggie’s than they do out of it,” he says. “So it was really important to us that we didn’t design something that was first and foremost an architectural marvel, but instead celebrated the users within.”

With this in mind, the space was created to be many things to many people. It is open and avoids “institutional corridors”, while all the furniture is mobile to allow the centre to “take on different faces depending on users’ needs”, according to Rogers.

This multi-functional consideration has even been extended to the centre’s bathrooms, where a focus has been placed on vibrant colours and warm lighting. Referring to Maggie’s co-founder Maggie Keswick Jencks’ own story, Rogers speaks of visitors using bathrooms as a space where they can have a moment alone to deal with their emotions or reflect on a situation.

“We recognised that there are uses beyond bodily functions for bathrooms, and we wanted to create a series of comfortable rooms for this purpose,” he says. 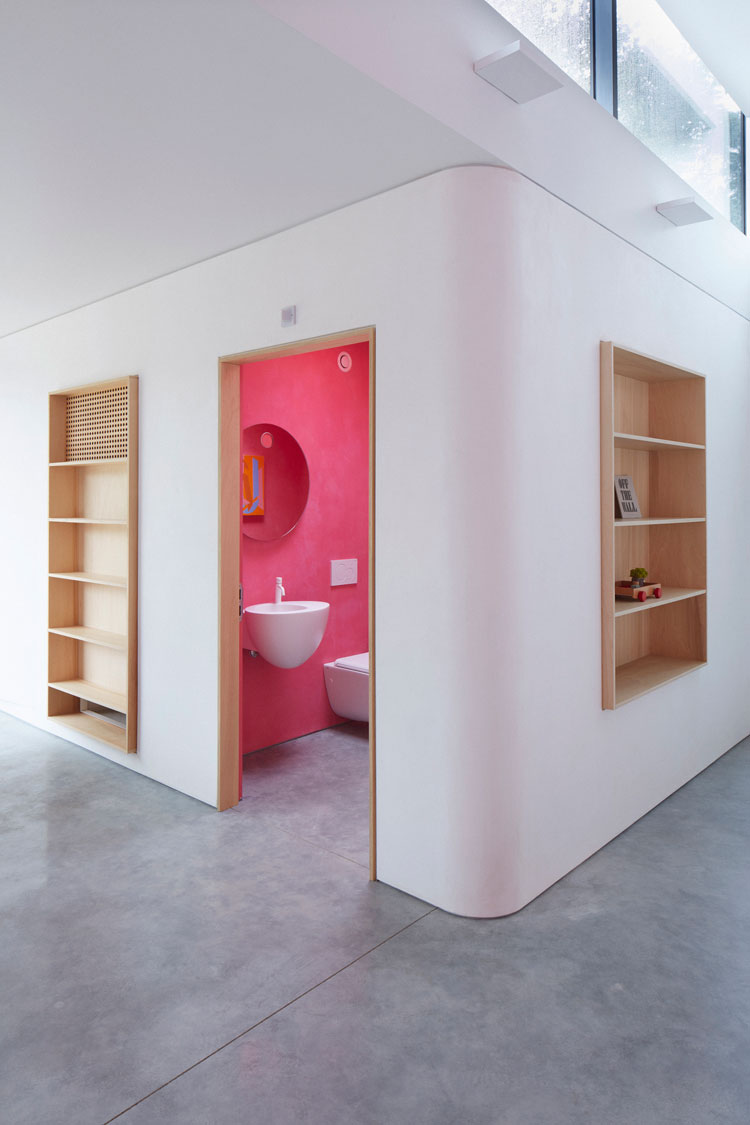 Giving warmth to the space

The centre at The Royal Marsden, like all Maggie’s spaces, is non-medical. Instead, Rogers says the focus for the interiors and wider building was on “the psychology of the space”.

“The building itself has been designed with light in mind,” says Rogers, “We wanted to bathe visitors in light and warmth.” Throughout the day, and indeed the year, the building “follows the path of natural light” with help from the four glass-fronted structures which make up the semi-circle space.

These windows to the outside world are a nod to the wishes that Maggie Keswick Jencks had originally for Maggie’s centres. She spoke about “thoughtful lighting, a view out to trees, birds and sky”, and Rogers’ building provides a number of viewpoints to the bespoke garden designed by Dutch landscape architect Piet Oudolf.

Inside the building, Rogers says care has been taken to further the feeling of warmth. While the floors and walls are largely neutral, they are “punctuated with moments of vivid colour”, and “offset with the rich texture of wood” to give warmth to the space. 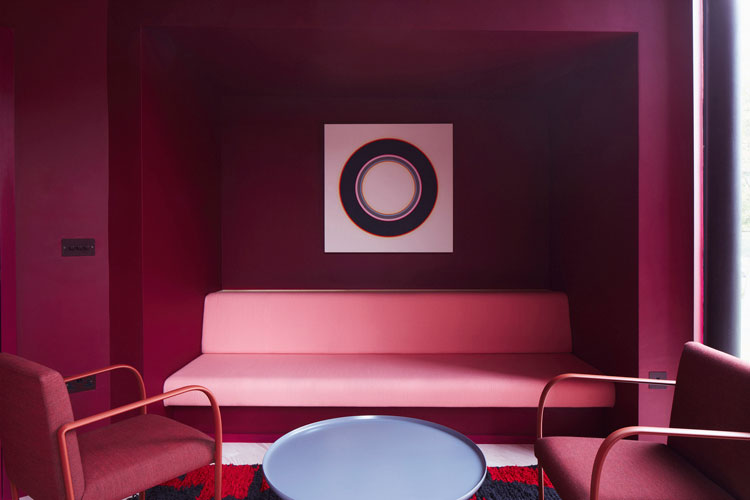 Seven years in the making

Maggie’s at The Royal Marsden was Ab Rogers Design’s first complete building project, and represents some seven years’ worth of work and development.

“You can do years’ worth of studies and models, but actually you can only evaluate the success of the design once you have people in it,” says Rogers.

“When you see someone laughing in the centre, forgetting for a minute the emotional stress they’re dealing with, that’s when you know you’ve got it right.” 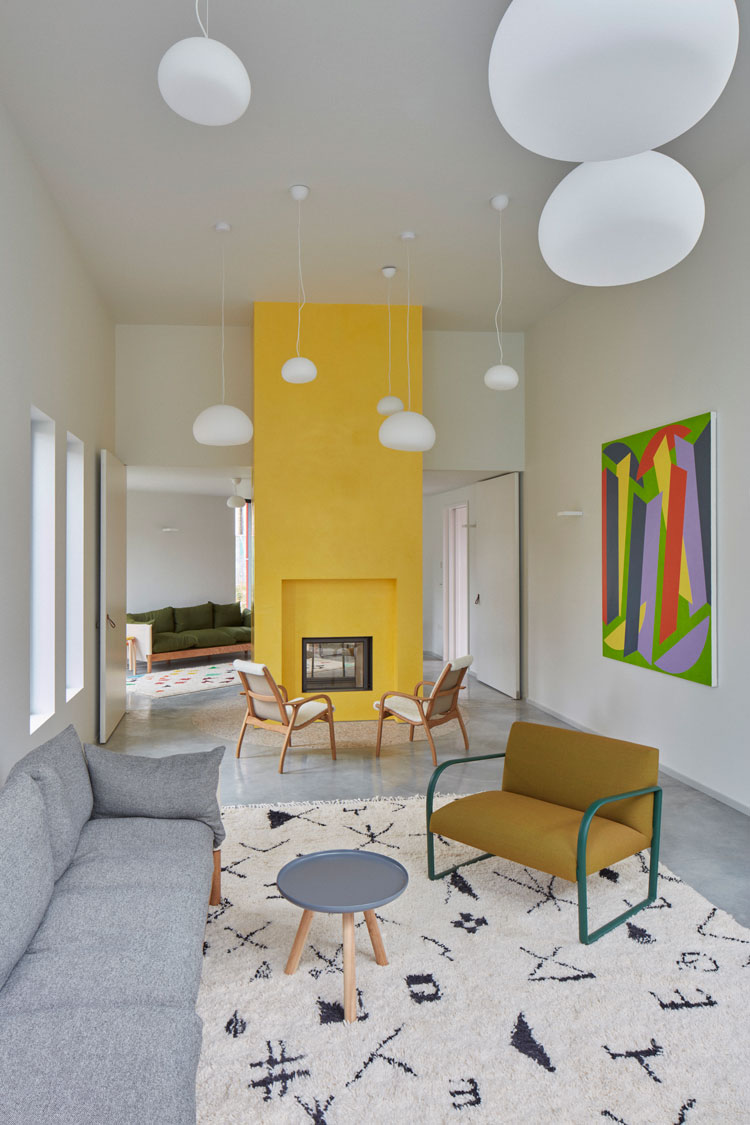 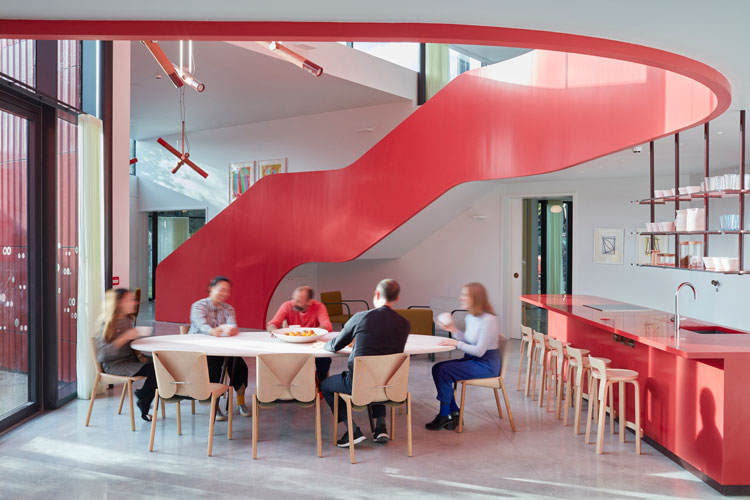