Whether its ordering lunch, accessing healthcare or simply finding a way home, the average person is more acquainted with service design than they might think.

But despite the vast majority of us encountering services on a daily, even hourly basis, many are not designed to meet our needs. In fact, most services aren’t designed at all.

Where other disciplines of design have over time developed commonly held beliefs of what good work looks like, the multifaceted practice of service design has not.

In their new book, former director of design for the UK Government Lou Downe seeks to change this. Rather than getting lost in a lack of common knowledge, Good Services aims to relay to readers the universal basic qualities of good design. 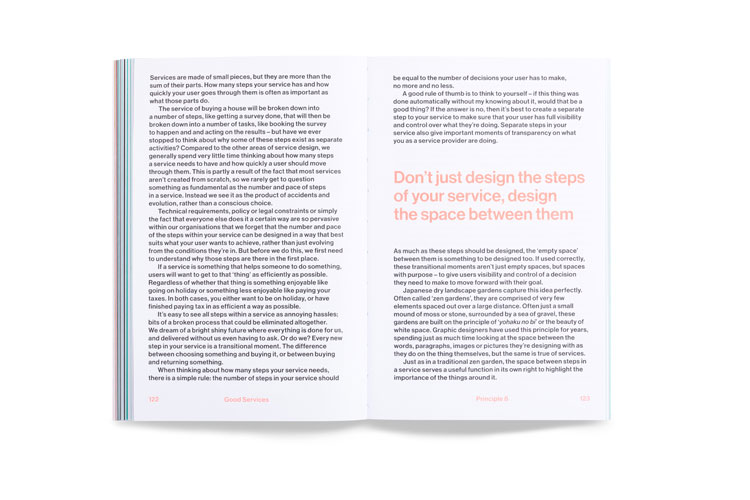 “Something either works or it doesn’t”

Good Services began life as a tweet, which grew into a blog post. Downe’s idea behind the tweet-turned-blog-post was to identify the common traits among any and all good services, share them with designers and ask for further suggestions.

The outcome of their exercise was an open source Google Document with more than 2,000 contributors, and to Downe’s surprise, there was a coherent formula among the thousands of submissions. Alongside the knowledge from their own experience, these became the bones of Good Services.

“What’s interesting is that where a lot of other design practices are about your own opinion, service design is really not about personal taste at all,” says Downe. “Something either works or it doesn’t.”

What Good Services identifies, Downe says, are pretty uncontentious demands of any service. Being able to locate the service, being able to use it without reaching a dead end or being able to complete the task at hand in the minimum number of steps are all examples of good service design that are so often not part of the user experience. 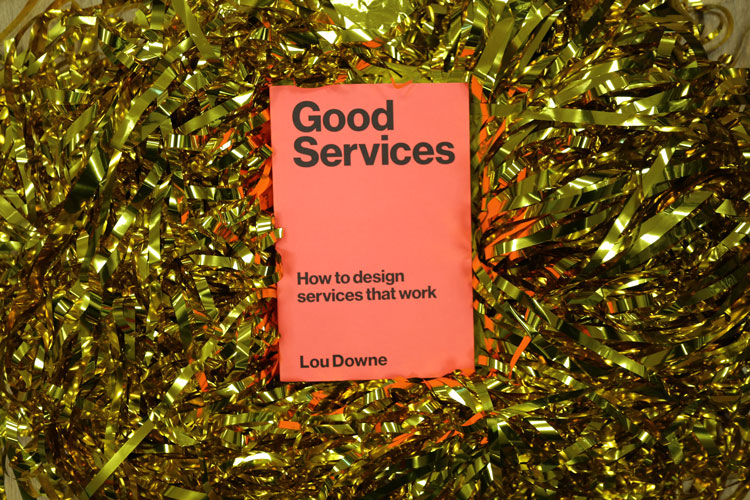 “Most people know bad design when they see it”

But why is service design so universally lacking? According to Downe, part of the problem is that a service is the sum of much more than just a team of traditional designers. From workers in procurement, to customer-facing operatives, all have a part to play in service design.

During their work with the GDS, Downe took the teachings of what would become Good Services to workshops held for public servants of all disciplines, who were able to point out good and bad service design just as confidently as the designers in the room.

Downe compares it to graphic design: “The general public might not be able to talk to you about kerning or typography, but most will know bad graphic design when they see it.”

The word “design”, therefore, often takes a back seat in the narrative, so as to emphasise the need for cooperation between all actors behind the scenes of a service.

“Ultimately the design of a service is reliant on so many different people in an organisation to whom design can mean many different things,” they say. “Sometimes the word design gets in the way of us talking about what we mean, which is making better services.” 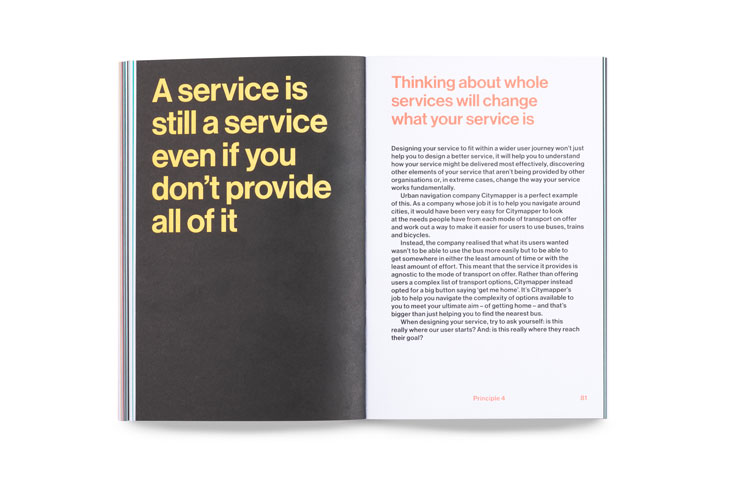 Conscious of the fact Good Services is akin to a service too, the book itself has similarly been designed for ease of access to information, with help from London-based book designer duo Daly & Lyon.

“Without trying to be rude, so many service design books are really badly designed themselves,” says Downe. “There’s a real irony to these books preaching about accessible services, when they’re these huge, grey, often illegible, hardcovers.”

In contrast, Downe says Good Services has been written as concisely as possible, and has been printed as a softback book, so that “it can be shoved into a bag easily”.

“Just because a book is for a slightly more business focused part of the community, doesn’t mean it shouldn’t have a real visual appeal,” says Downe. “I think people who work on service design deserve beautiful things that they can engage with and use and love as much as any other designer.” 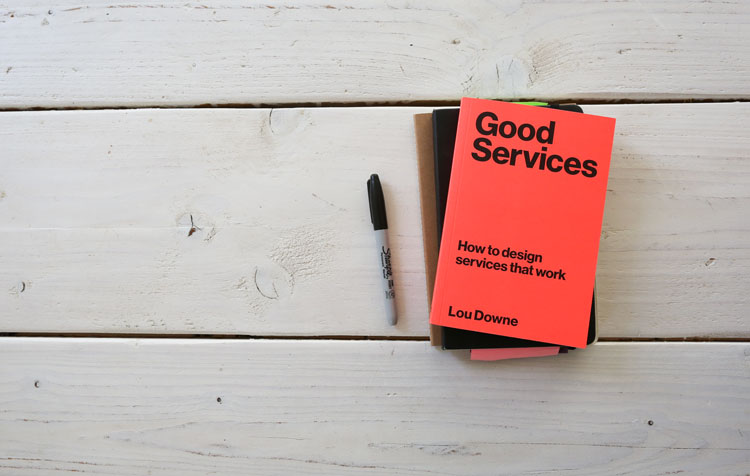 “Hell is other people’s diagrams”

And for the design of the narrative itself, Downe has borrowed from lessons learned during their time writing the GDS service manual.

“It’s not that long, because people don’t read very much; it has lots of stories in it, because people find examples a lot easier to digest; and there are not that many diagrams, because hell is other people’s diagrams,” they say.

To accessibly convey the information, it is split into 15 principles, as well as providing a brief history of service design and an introduction to the discipline. 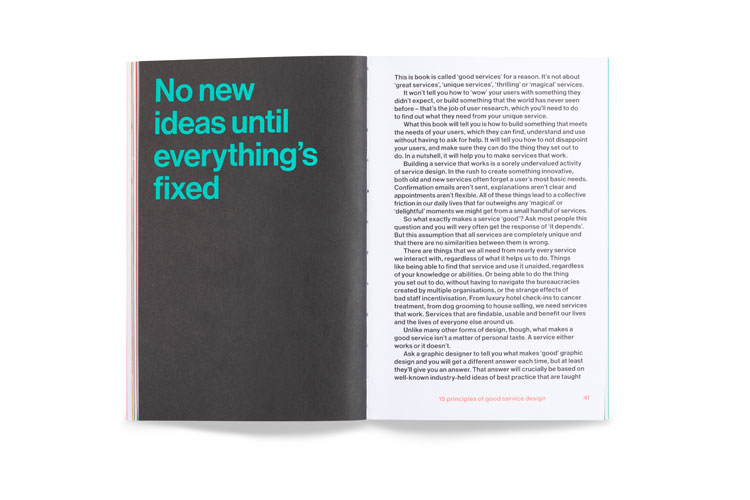 “It’s not about ‘great’ services”

Ultimately, Downe says, they hope Good Services can help facilitate service design conversations that haven’t previously been able to occur because of a lack of common knowledge.

“What I wanted to do with this book was really give people a language to be able to work from the same place,” they say. “This is book is not about ‘great services’, ‘unique services’, ‘thrilling’ or ‘magical’ services.

Good Services is available to buy now from Amazon, The Design Museum and Artwords for £15.99.