Charity Bowel & Cancer Research has rebranded, taking on a new logo that aims to represent the charity’s mission of finding health “anomalies”.

Bowel & Cancer Research was founded in the 1990s as a small, local charity called The London Immunotherapy Cancer Centre, based in the Royal London Hospital.

It has since become a national charity which funds scientific research into bowel cancer, inflammatory bowel diseases such as Colitis and Crohn’s, Irritable Bowel Syndrome (IBS) and other bowel problems. It also looks to raise awareness of these conditions and challenge stigma.

The rebrand has been completed by branding designer Nick Kohn, alongside advertising agency The Minimart.

The logo retains the pink and purple colour palette of the previous branding, but drops the bold, sans-serif typeface for serif, thinner typeface Roboto.

The strapline “Saving lives, changing lives” has been removed, and the symbol has been replaced with a circular one featuring multiple purple symbols and one incongruous pink one set in a different shape.

Deborah Gilbert, CEO at Bowel and Cancer Research says the new visual identity hopes to highlight the idea of picking out an “anomaly” from human cells, to symbolise the charity’s “scientific endeavour of finding out what is different and needs addressing”.

She adds that the previous branding was “rather elongated, spiky, unfriendly and a bit confusing”.

The new typeface aims to be “friendly and accessible”, while also appearing “clean, modern and authoritative”, she says.

Accompanying the visual identity change is marketing campaign I’ve Got Guts, which features a monochrome palette, and bold, sans-serif typography. It aims to fulfil part of the charity’s mission of increasing awareness of and challenging stigma around bowel-related health conditions.

“Recognising the enduring taboos surrounding bowels and bowel function, the charity is keen to champion the challenging of these, and establish itself as a trusted interface between the scientific community and patients and the public,” says Gilbert.

The new branding and ad campaign has rolled out across internal and external print marketing materials, online platforms and merchandise. 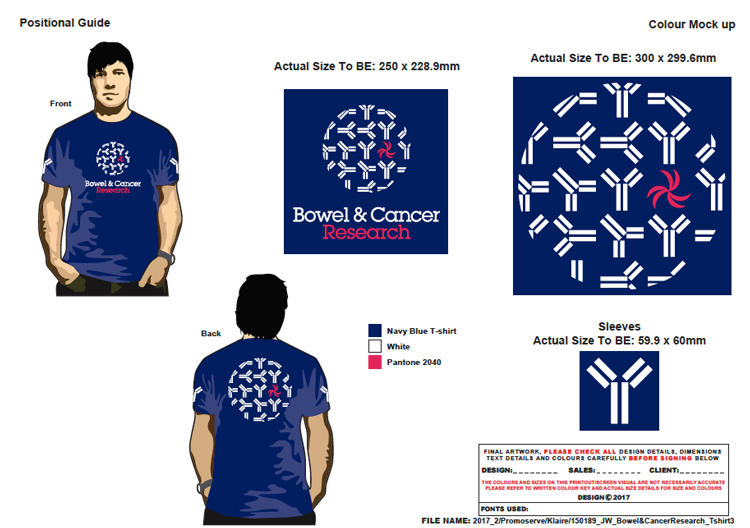