On the surface of it, “making it” is something rarely ever as beautiful as the gleaming idea seems in the eye of the outside onlooker. To truly carve a niche in the creative industry, it requires huge leaps into the unknown, where any move might be the wrong one. You have to embrace risk and learn to see fear differently.

Sir John Hegarty, one of advertising’s most creative minds tells me there’s not enough risk in today’s industry. With a competitive mind, I can’t help but adopt this comment as an indirect challenge to implement more of it in my own practice.

There are days when I get angry, feeling like I’m wasting valuable time by working on an array of speculative projects. I have to remind myself that it was a series of gambles, with no guaranteed income, each requiring a significant portion of my time in order to grow, that led me to spending an afternoon with a man who has some 50 years of industry experience. He was creating magic, taking risks at a time when I was in my teens, exposed to plentiful rich visual communication through innovative movie posters, album covers, band photo shoots and of course, the advertising campaigns he created.

“They thought he’d gone mad when he pitched Flat Eric”

He laughs, shaking his head when he tells me that they thought he’d really gone mad when he pitched a yellow puppet, Flat Eric, as the new hero of the Levi’s commercials he’d already made so iconic. He speaks of having to fight for the idea, going against skepticism and reluctance to upset the apple cart with a radical idea.

I talk to fellow illustrators, artists and photographers; people with far bigger followings and reputations than my own and they express a private dismay that they have become known for a certain style or working for a particular industry where the money is good and become subsequently trapped by the rampant demand for it when they have aspirations and the ability to do more.

Then there are graphic designers who feel they long ago surrendered creativity, rearranging flow charts and brochures they care nothing about. To break any such cycles requires constant risk, but to me the alternative – complacency and comfort – is frightening. This isn’t head in the sand; I have my own “dark portfolio”; most of us do, but it’s crucial that I’m always doing what has to be done to be more engaged and as challenged as possible as I move forward.

The burning desire to work on projects with the level of innovation that earned Hegarty a knighthood has led me to starting a new collaboration with illustrator/photographer and close friend, Danny Allison. My illustration work allows me to be very creative, but my belief that I can translate my skill set to art direction and film will not bring the projects in, so we’ve set up a vehicle through which we can play, create with the purest intentions. We’re challenging ourselves and it will take time, money and more energy. My status quo is great, full time illustration for clients I enjoy working with, but to go one better, it must be risked. 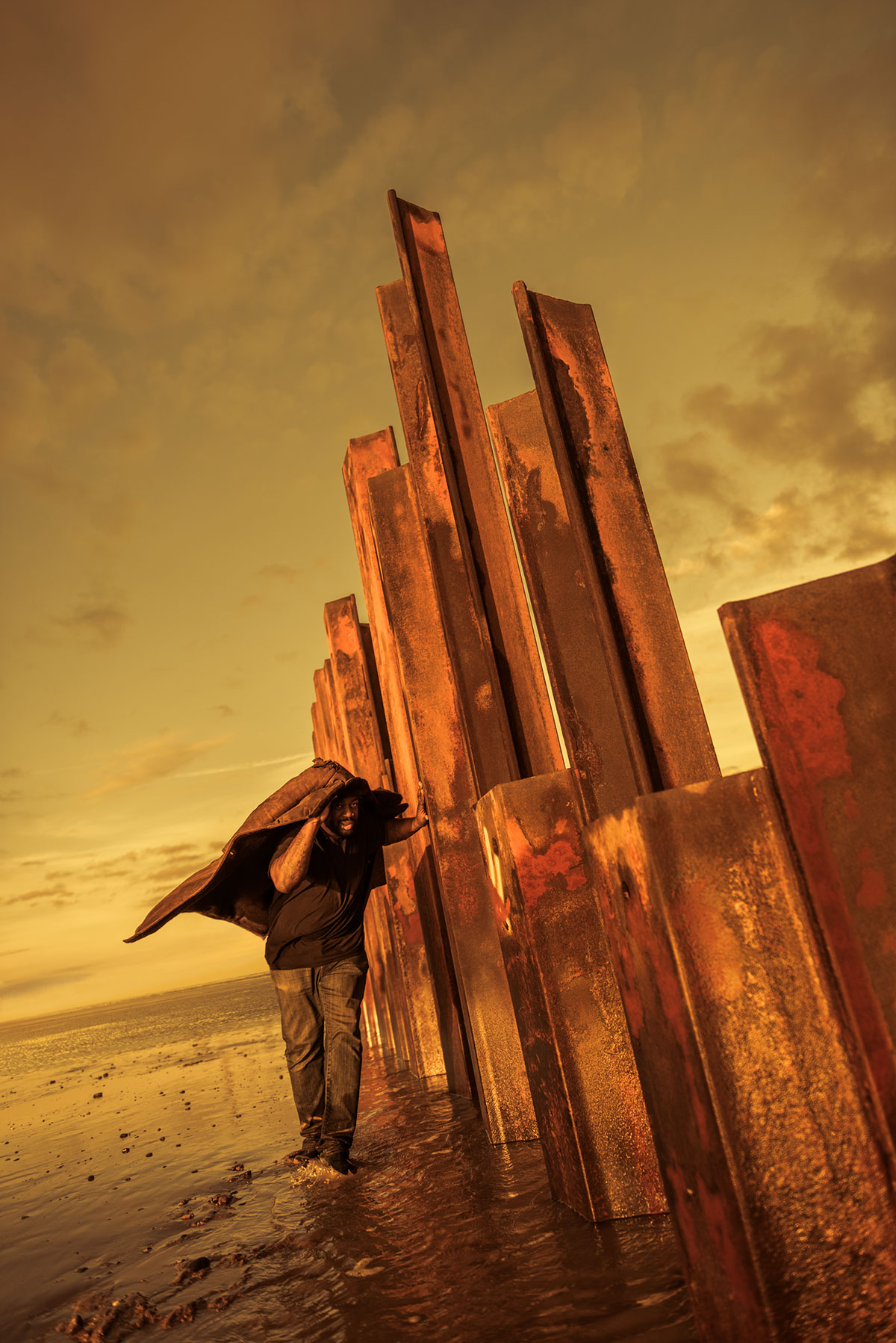 When Danny and I get together, our minds connect in a way that excites us and produces ideas at a frightening rate. The thrill we both experience when we put it into practice is addictive, like art-college in the professional world. Part of our last job involved wading knee-deep into the Irish sea and equipping our client with a home-made torch during a night photo shoot: dried out driftwood wrapped in strips of t-shirt, soaked in methylated spirit and set alight. We had fun and it showed in the results.

“Concentrating too much on seeking answers from technology”

Hegarty feels that as a creative industry, we’re concentrating too much on seeking answers from technology and forgetting the creative idea is everything. It is during the interview that I take a gamble, breaking away from my planned questions to ask him his thoughts on the title of our collaboration, “Bolok Johnson.” Everyone has urged us not go with it, but he gives me the thumbs up, encouraging us to follow our instincts and to be outrageous. On the face of it, it’s ridiculous, but so is the relationship between Allison and I. It’s a risk, knowing that people may turn away , but we do not care what anyone thinks of the project, trusting first and foremost that if we passionately believe in the produce, the kind of people we want to work with will emotionally invest in what we’re doing and desire it.

If we pull that off, what does a name matter? Perhaps most important of all, we have no fear of failing. How can you when the brief is giving your raw creativity a space to run riot?