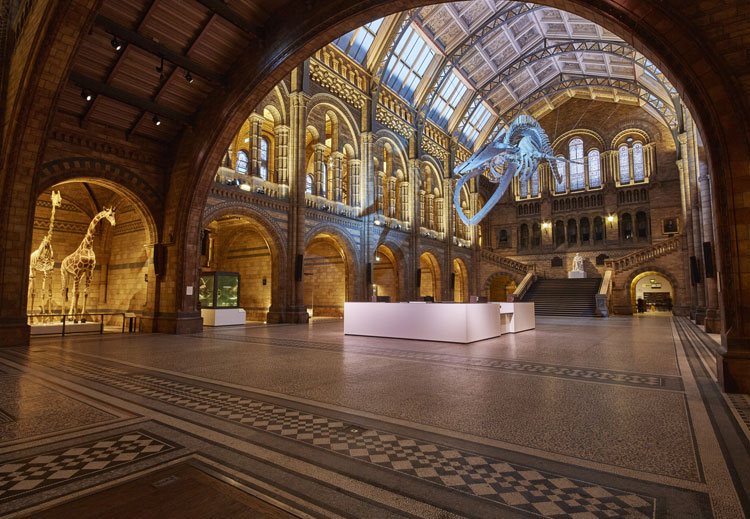 The Natural History Museum has unveiled its first major refurbishment since the 1970s, transforming architect Alfred Waterhouse’s Hintze Hall at the entrance to the museum.

Exhibition design consultancy Casson Mann was first commissioned to work on the redesign in 2013. The design team was briefed to “create a tension” between the museum’s Victorian architecture and scientific narratives, as well as mark a new era for the institution as a “natural history museum for the future”.

The revamp focuses on the “authenticity” of the museum’s collection, and sees Dippy the Diplodocus cast swapped out for a 25-metre blue whale skeleton called Hope, which is suspended from the ceiling as the focal point of the entrance area.

Hope has been chosen due to the fact that blue whales – which were hunted to the brink of extinction in the 20th century – were one of the first species that the human population made an effort to save on a global scale.

In 1966, there were roughly 500 blue whales left in the wild. In the same year, the UK brought in a law that protected them from commercial hunting, and today the population has grown to around 20,000.

Hope will be joined by hundreds of new specimens – including a 4.5-billion-year-old meteorite, a Mantellisaurus dinosaur skeleton, giraffes and a blue marlin – displayed in plinths and cases designed by Casson Mann.

The display cases are grouped according to the museum’s core themes: origins, evolution and biodiversity.

The reopening of Hintze Hall marks the end of a five-year redevelopment programme at the museum by Casson Mann, which began with the refurbishment of the Treasures Gallery in 2012.

The consultancy has used a limited number of materials in the hall in order to tie all of the exhibition spaces together, and make the museum feel “coherent”.

Web development company Potato has developed a website and app so that visitors can learn more about the whale and its journey from the ocean to museum.

Natural History Museum director Sir Michael Dixon, says: “The transformation of Hintze Hall represents a new era for us as a natural history museum for the future.

“Putting our blue whale at the centre of the Museum, between living species on the West and extinct species on the East, is a powerful reminder of the fragility of life and the responsibility we have towards our planet.” 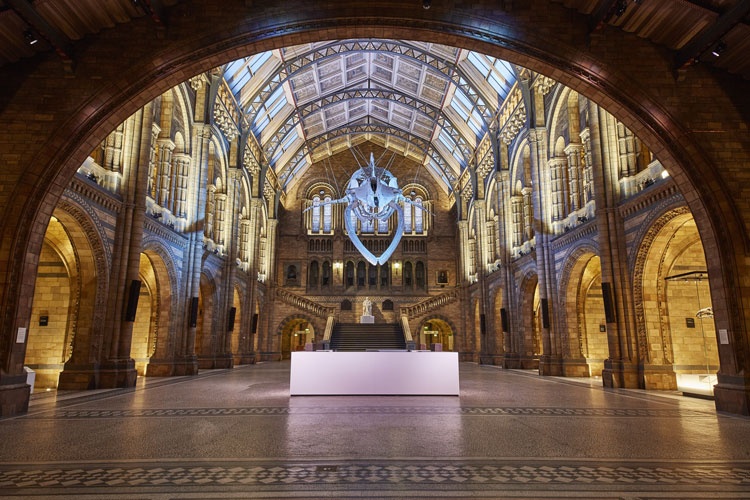 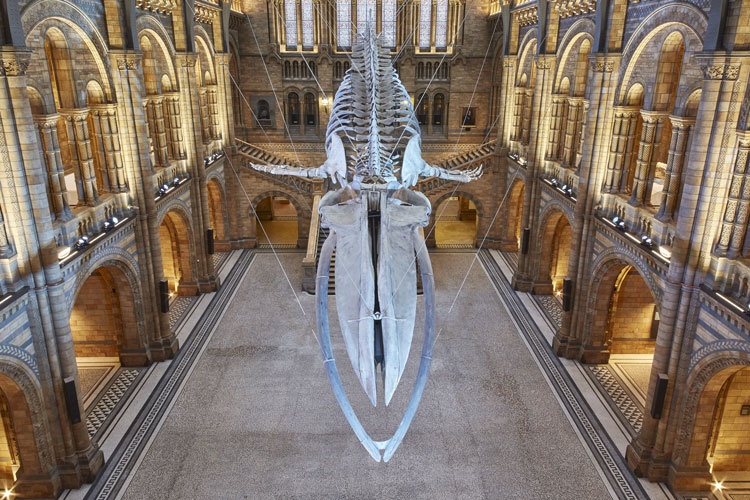 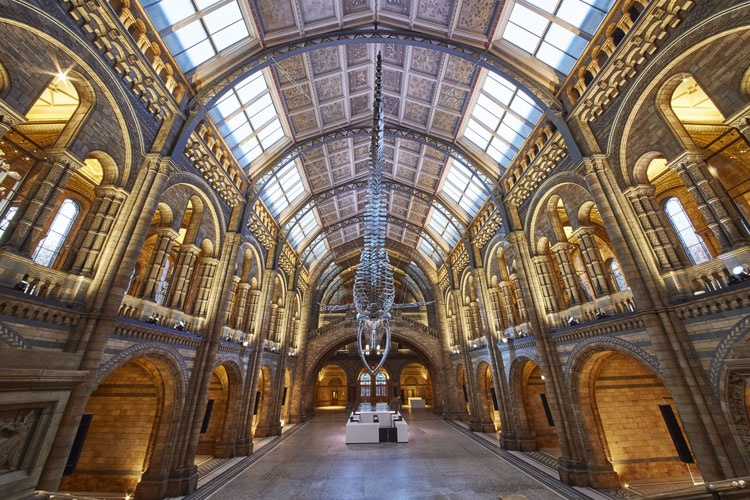 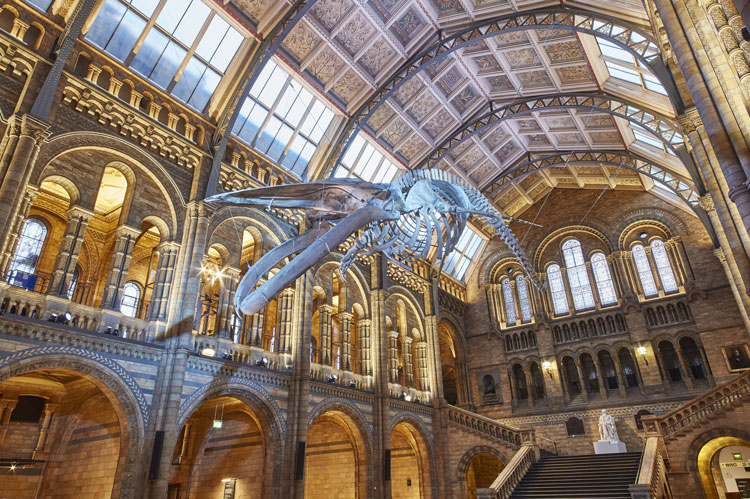 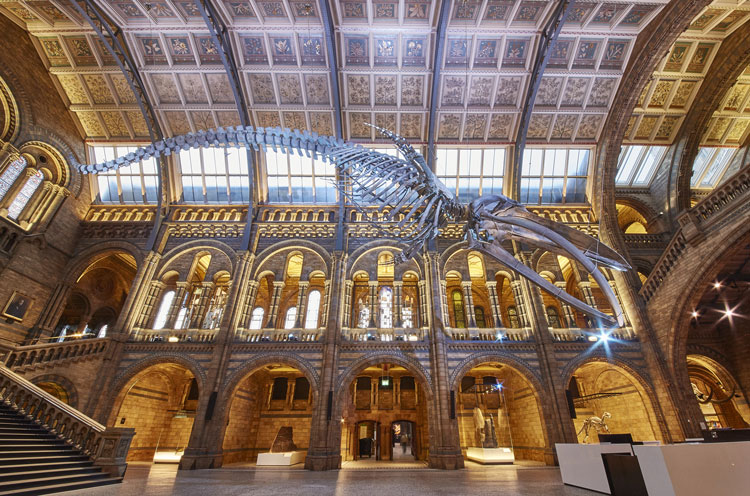 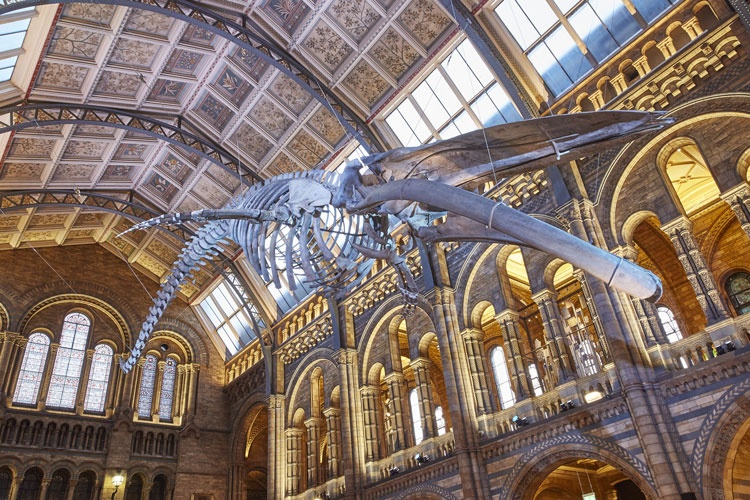 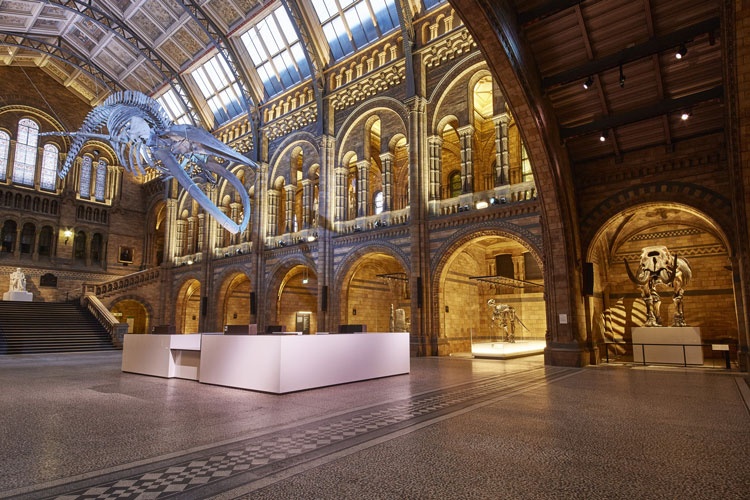 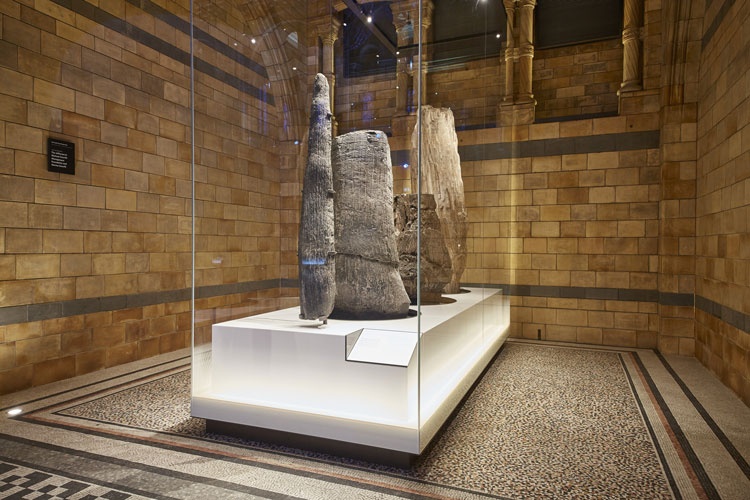