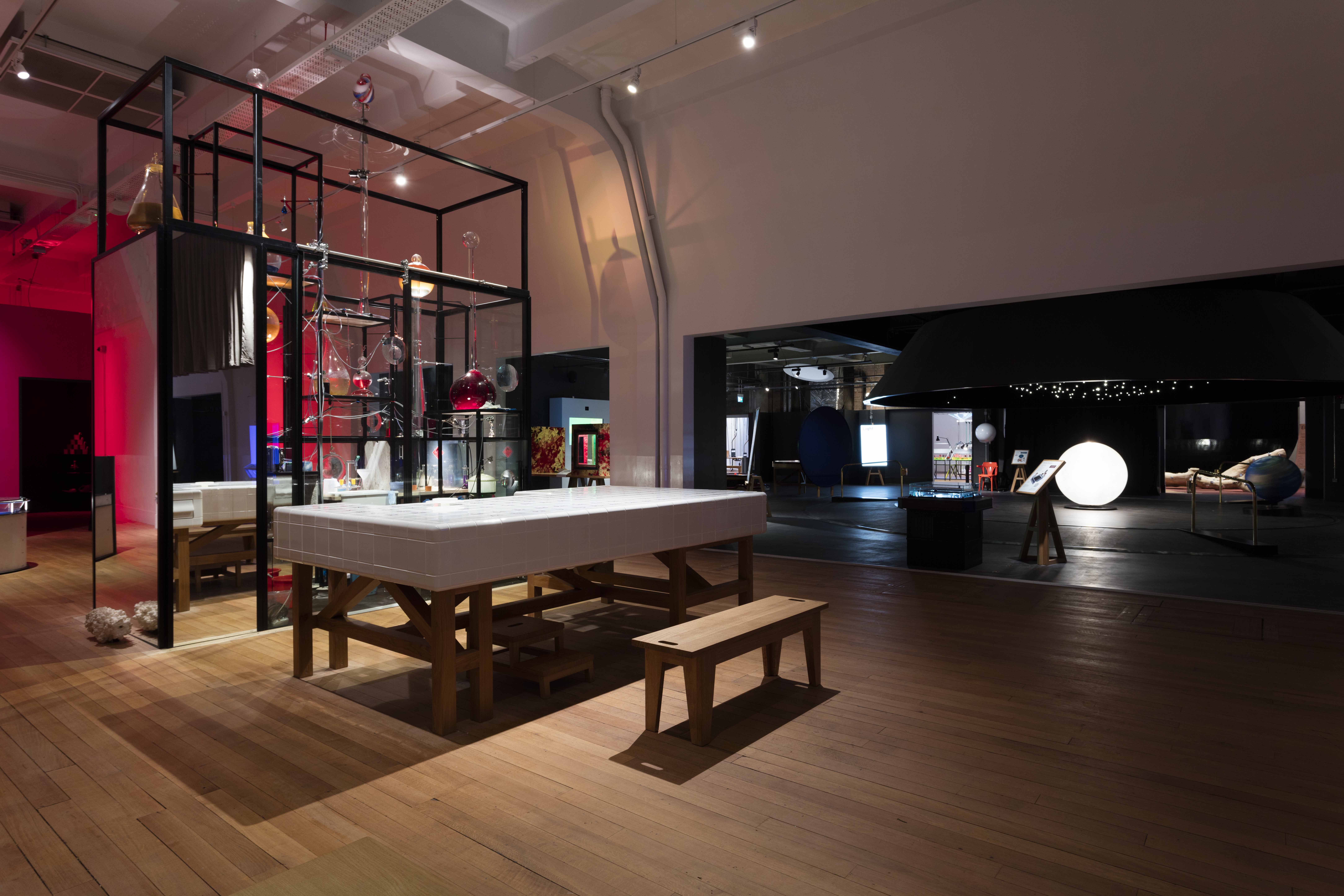 The Science Museum has opened a new interactive, learning space which brings together science and design to inspire “curiosity” and “creativity” in both children and adults.

Wonderlab: The Statoil Gallery is a £6 million permanent space opening at London’s Science Museum this week, and has been designed by architectural practice Muf.

The graphic design was created by consultancy Objectif, while Andrew Rae completed illustrations for the space.

The space took two years to design, and the Science Museum hopes it will double its annual visitor number for school children from 100,000 to 200,000.

The exhibits are all interactive, and allow visitors to customise and change them as they please, changing the speed of wave oscillations, the angle of projected water streams, or design their own mathematical illustrations on the wall out of polygonal shapes.

For adults and children

While the gallery is intended as an explorative space for children, the designers and curators wanted the space to be accessible for adults too, says Toby Parkin, curator at Wonderlab.

“We went for white walls and wooden floors rather than lots of bright colours, because we wanted to strip the space back to the original building and make it feel quite sophisticated,” he says. “This way, it would appeal to adults too, and also allow children to feel calm in the space, while bringing attention to the exhibits themselves.”

12 artists were commissioned to create pieces for the gallery, which helped to bring creativity to the scientific space, adds Parkin. “Artworks have ambiguity to them,” he says. “We hope this will encourage people to stay there longer.”

Putting the “A” back into “STEM”

The gallery is geared towards igniting people’s curiosity in science and educating them about scientific concepts, but also aims to highlight rather than diminish the importance of art and creative subjects, says Parkin, and “put the A back into STEM – science, technology, engineering and maths – subjects”.

“It’s just not true that there’s two cultures of art and science,” he says. “They’re complementary. We’re not trying to produce scientists on a production line, but also inspire artists and designers who use science in their work.”

Design has been subtly infiltrated into the graphics of the exhibition, with appropriate materials used for billboards demonstrating each “zone”, such as brass for Sound, copper for Electricity and bioluminescent paper for Space.

“Each zone has a different materiality, and colour,” says Natalie Mill, curator at Wonderlab. “These little touches make it feel like a quirky, curious space, and demonstrate the creativity of being a scientist.”

While the different exhibits are eclectic and varied, there is no physical separation between zones, and architectural practice Muf has framed the area so that visitors can see various exhibits while experimenting with another.

“There is a tendency in museum and gallery design to make everything look the same” says Liza Fior, co-founder at Muf. “But we wanted to create a sense of landscape and theatre.”

Behind the main space, there is a seminar space which will be used to offer children presentations and shows, and an open public space behind this where children can peep through holes into the main exhibition.

“We wanted to really privilege the child, and place things at their eye-level,” says Fior. “We wanted it to be a shared public space, rather than make a separation between adults and children.”

The Wonderlab gallery opens on 12 October. Entry costs £8 for adults and £6 for children. For more information, head here. 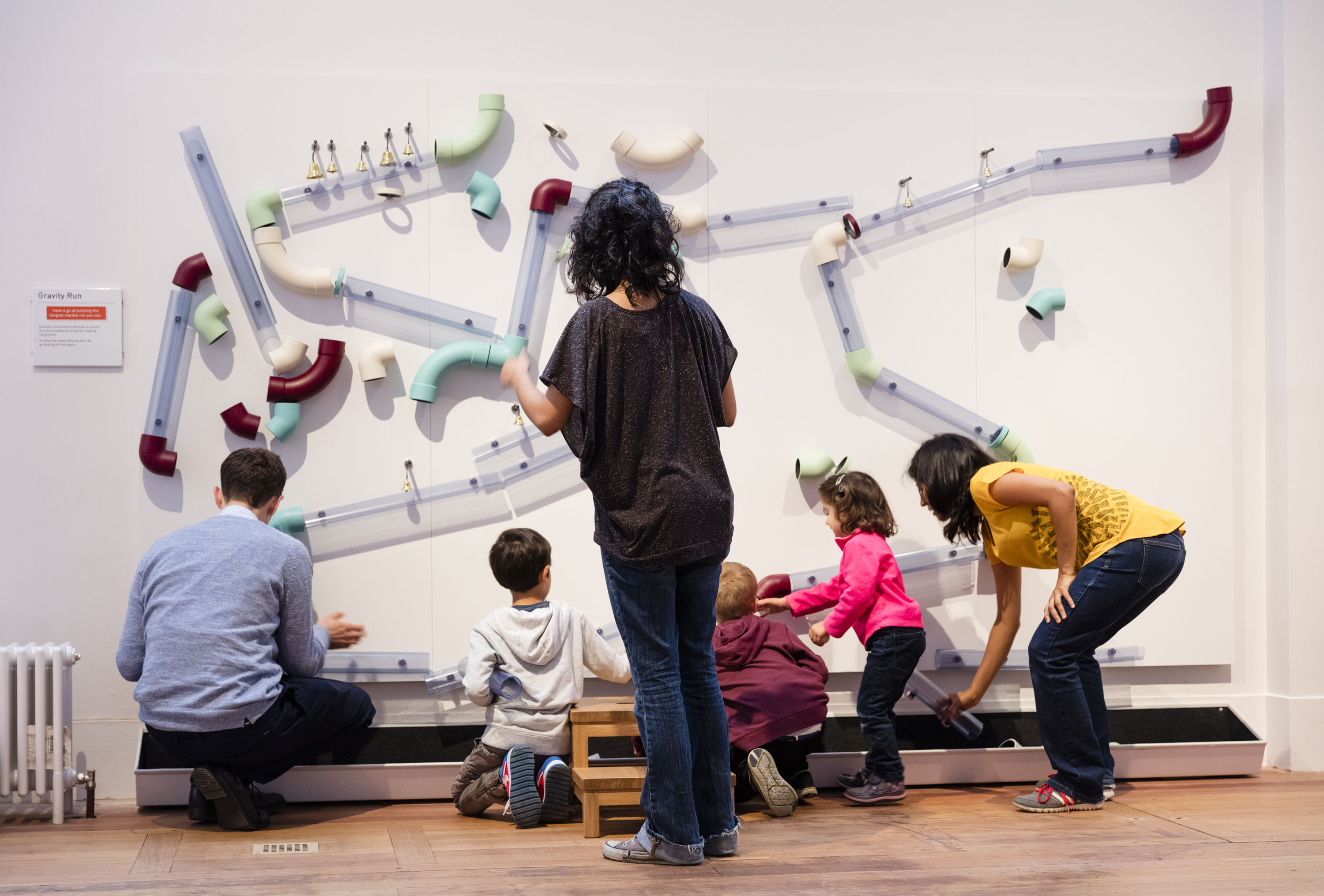 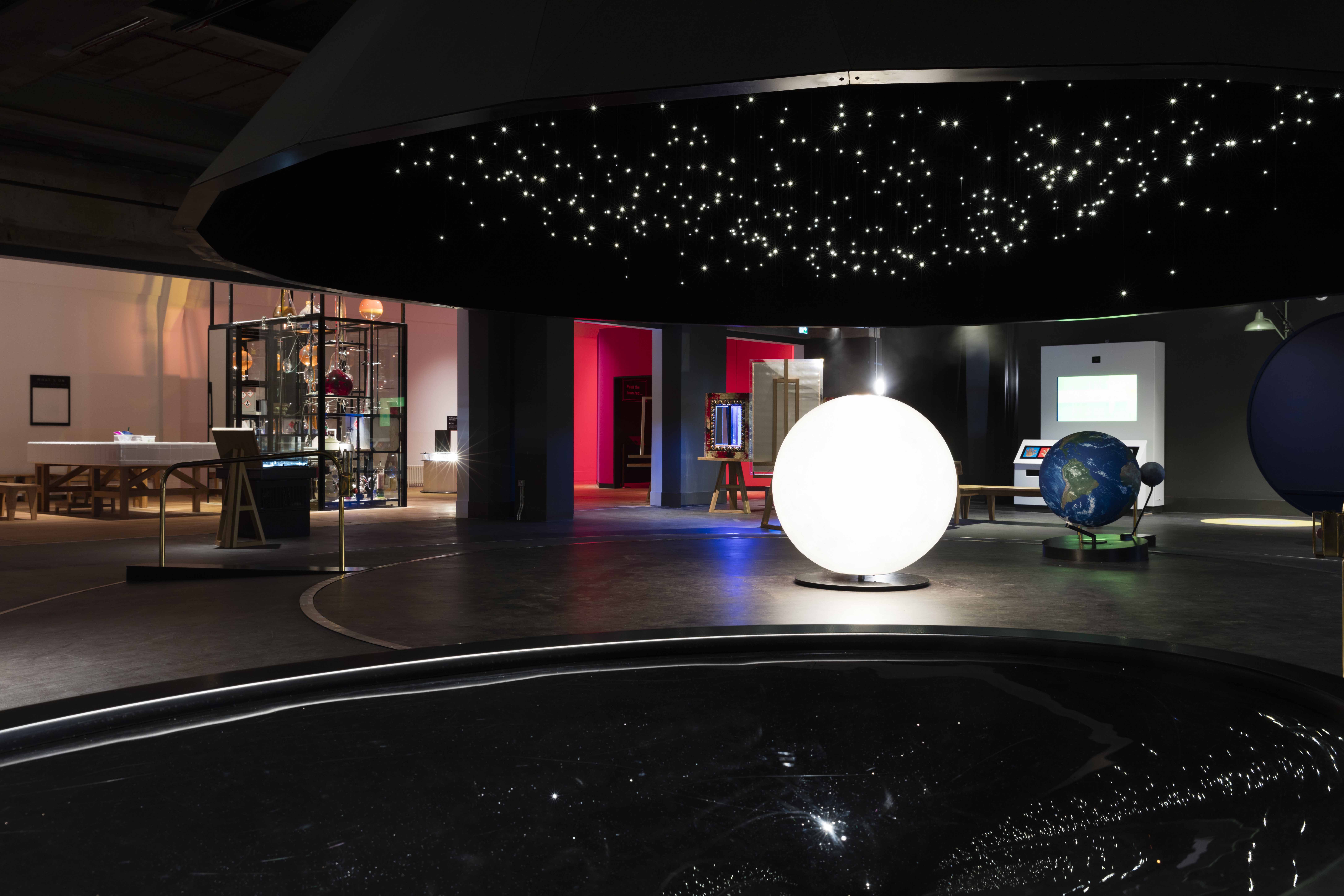 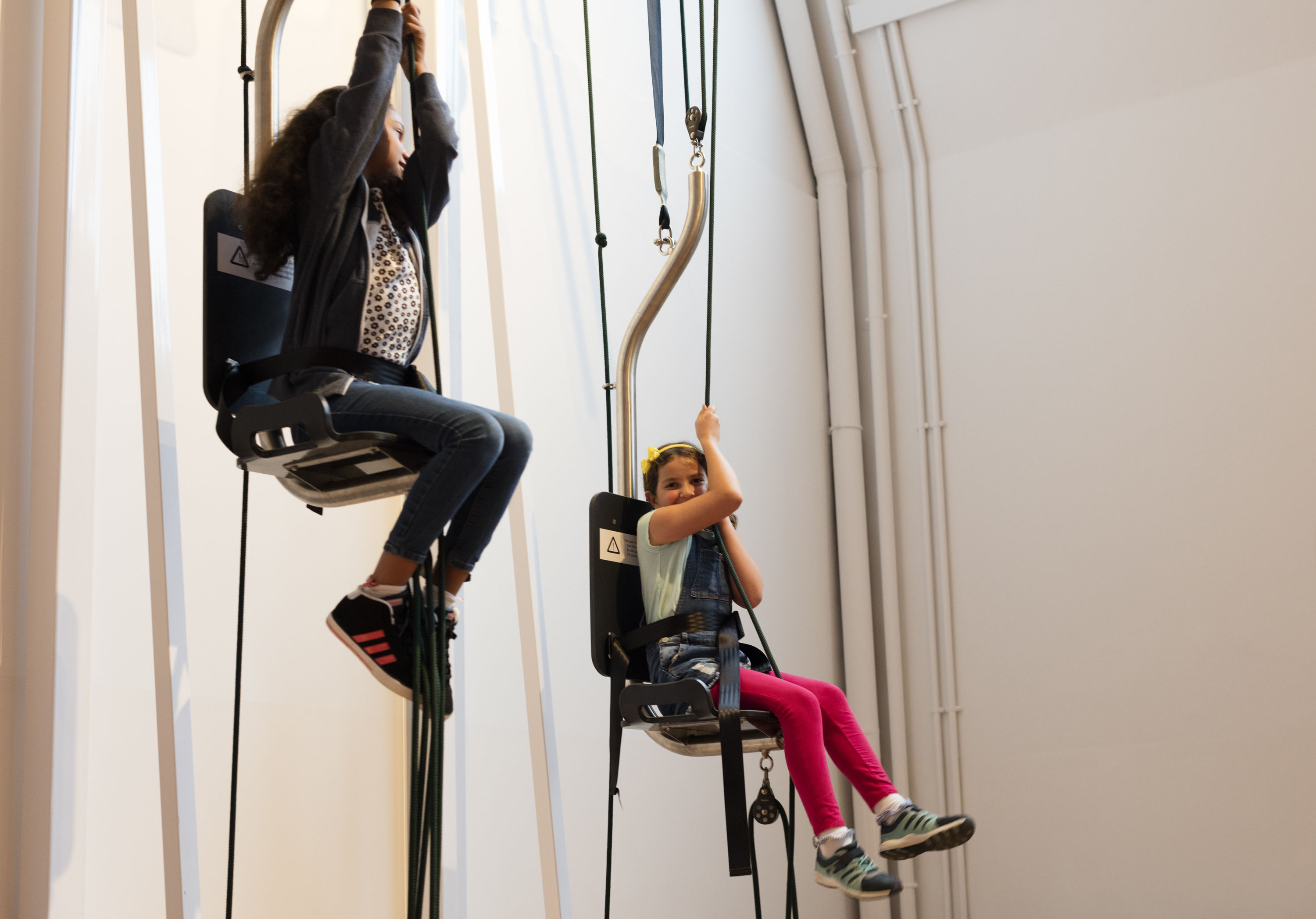 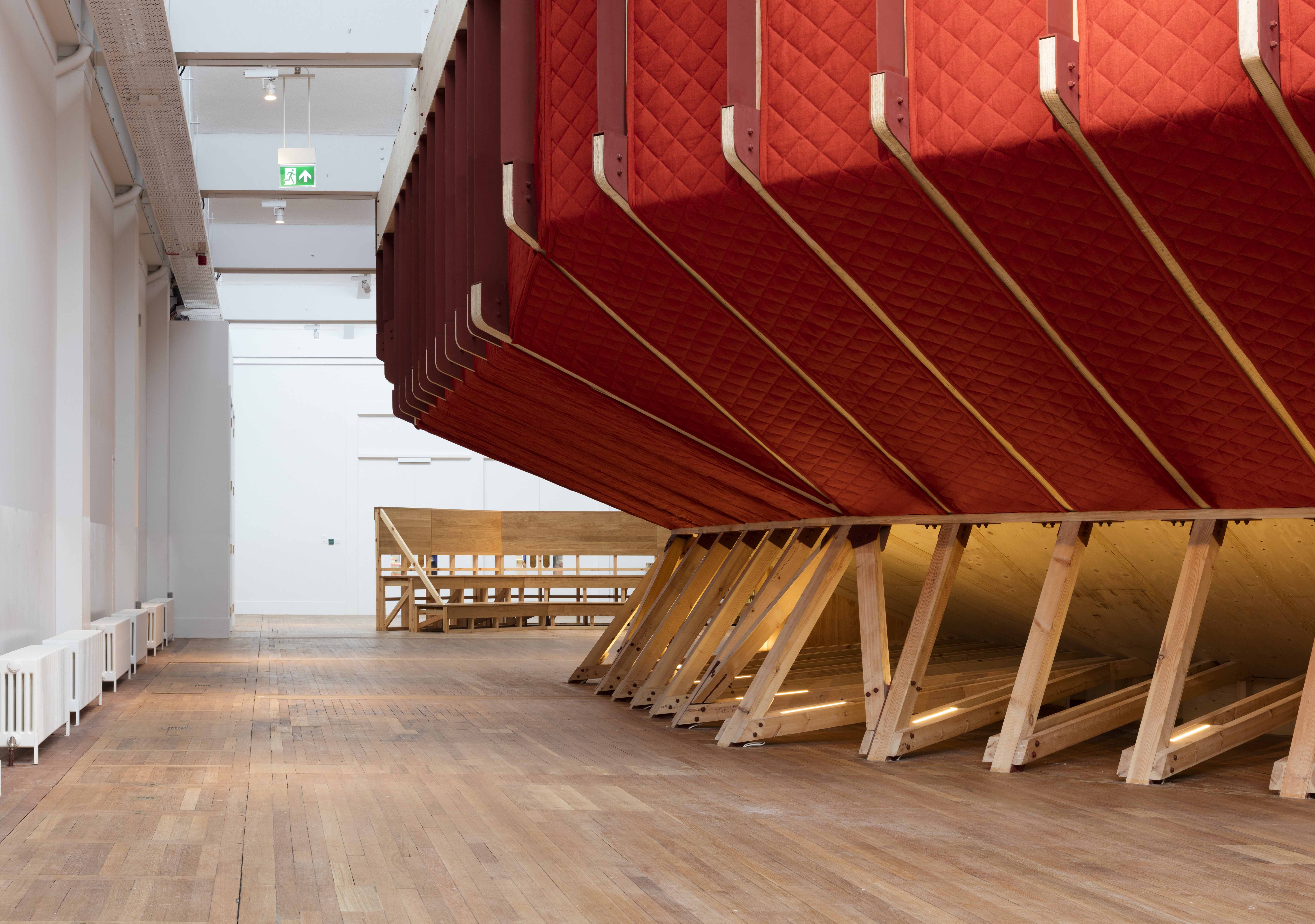 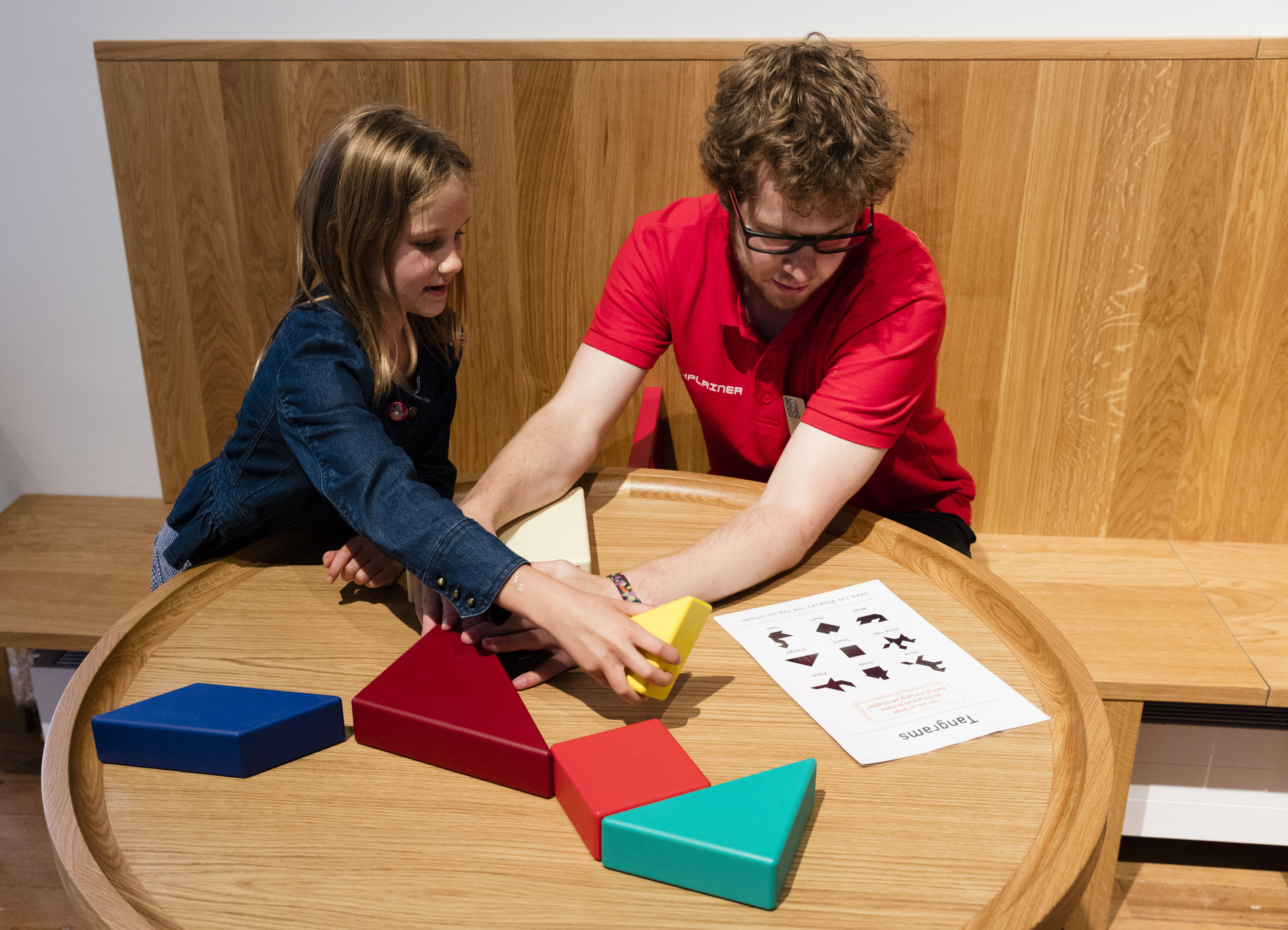 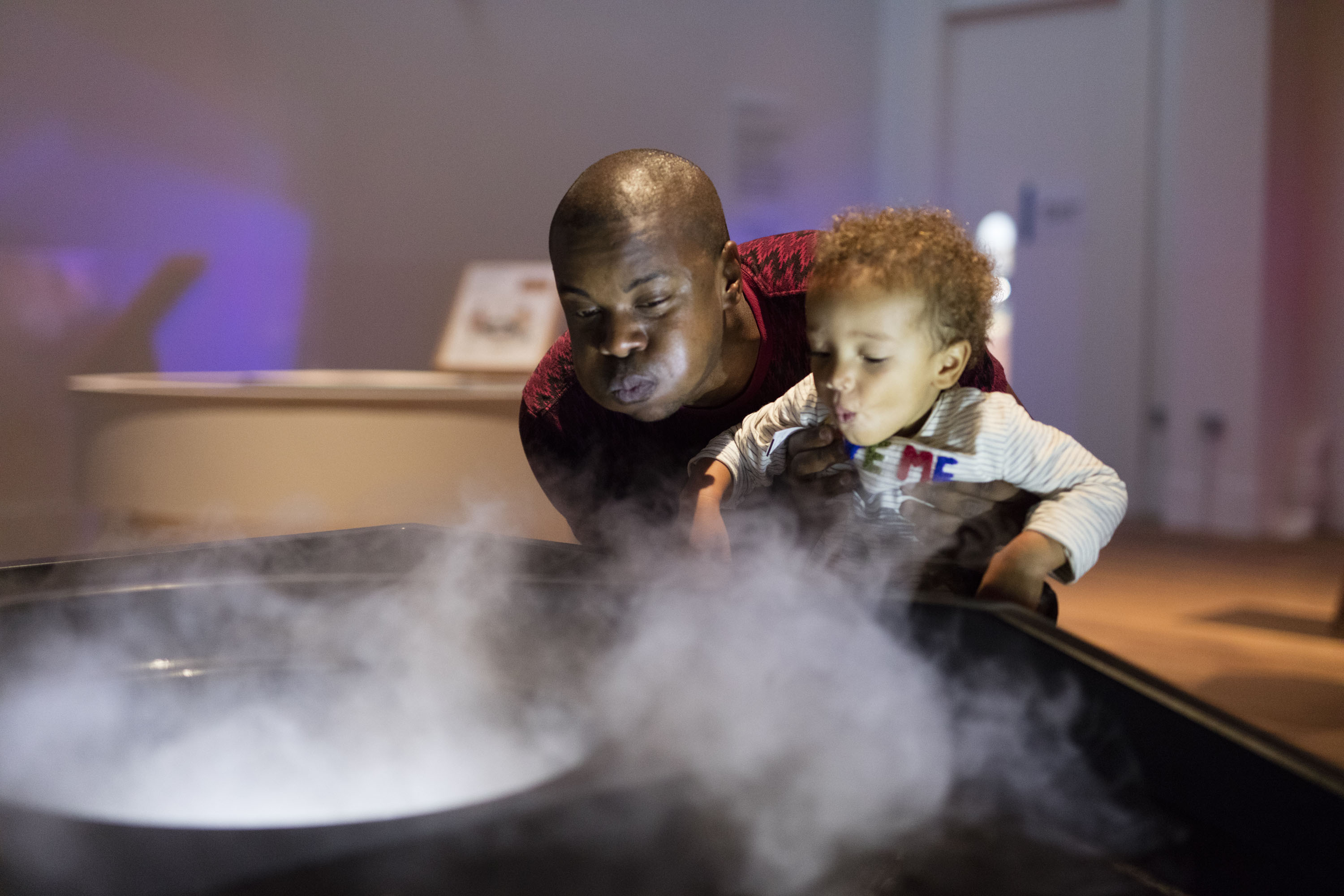 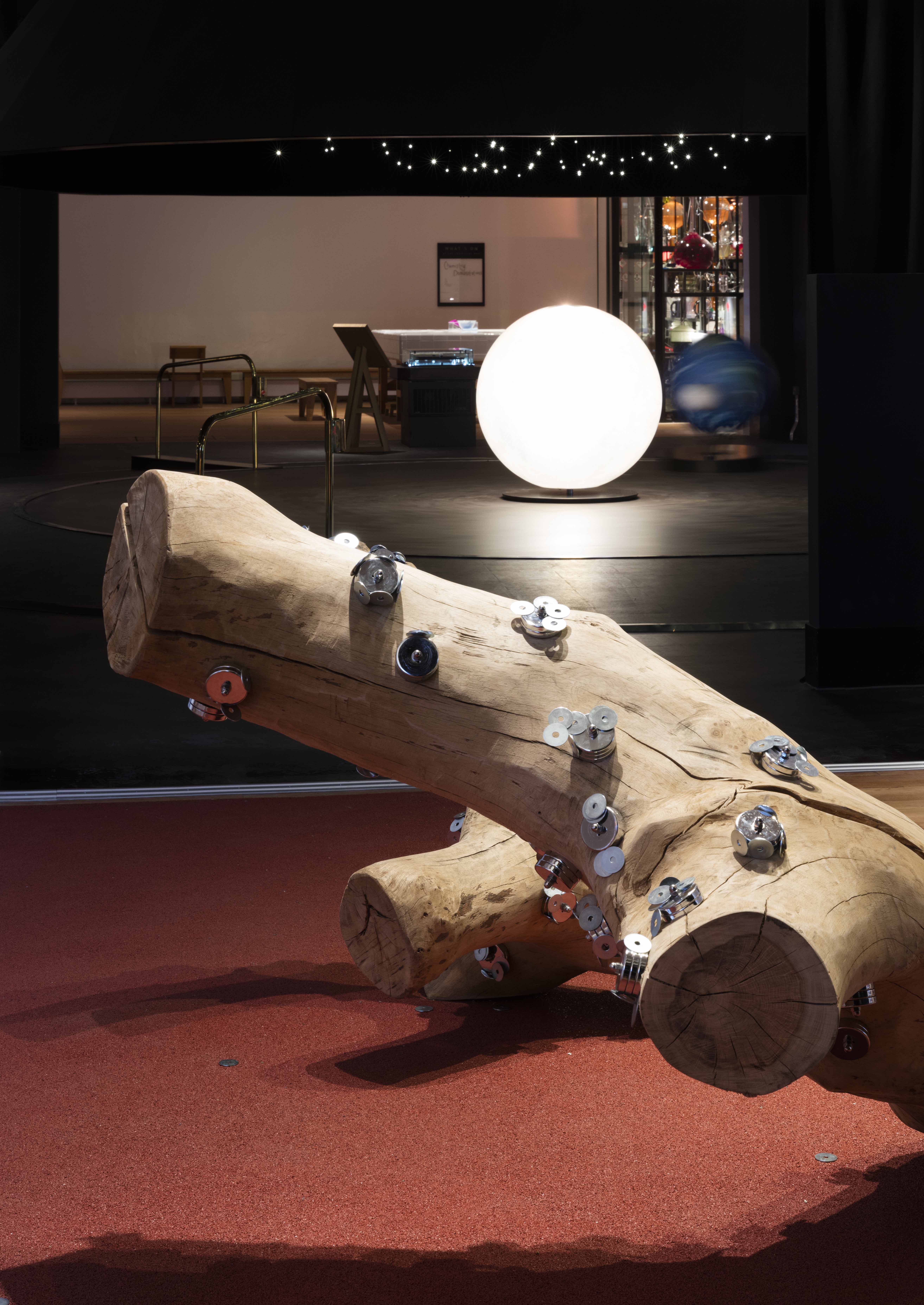 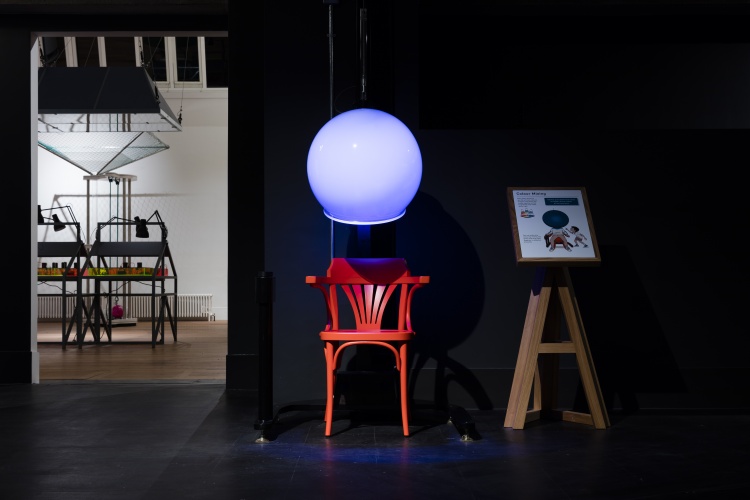 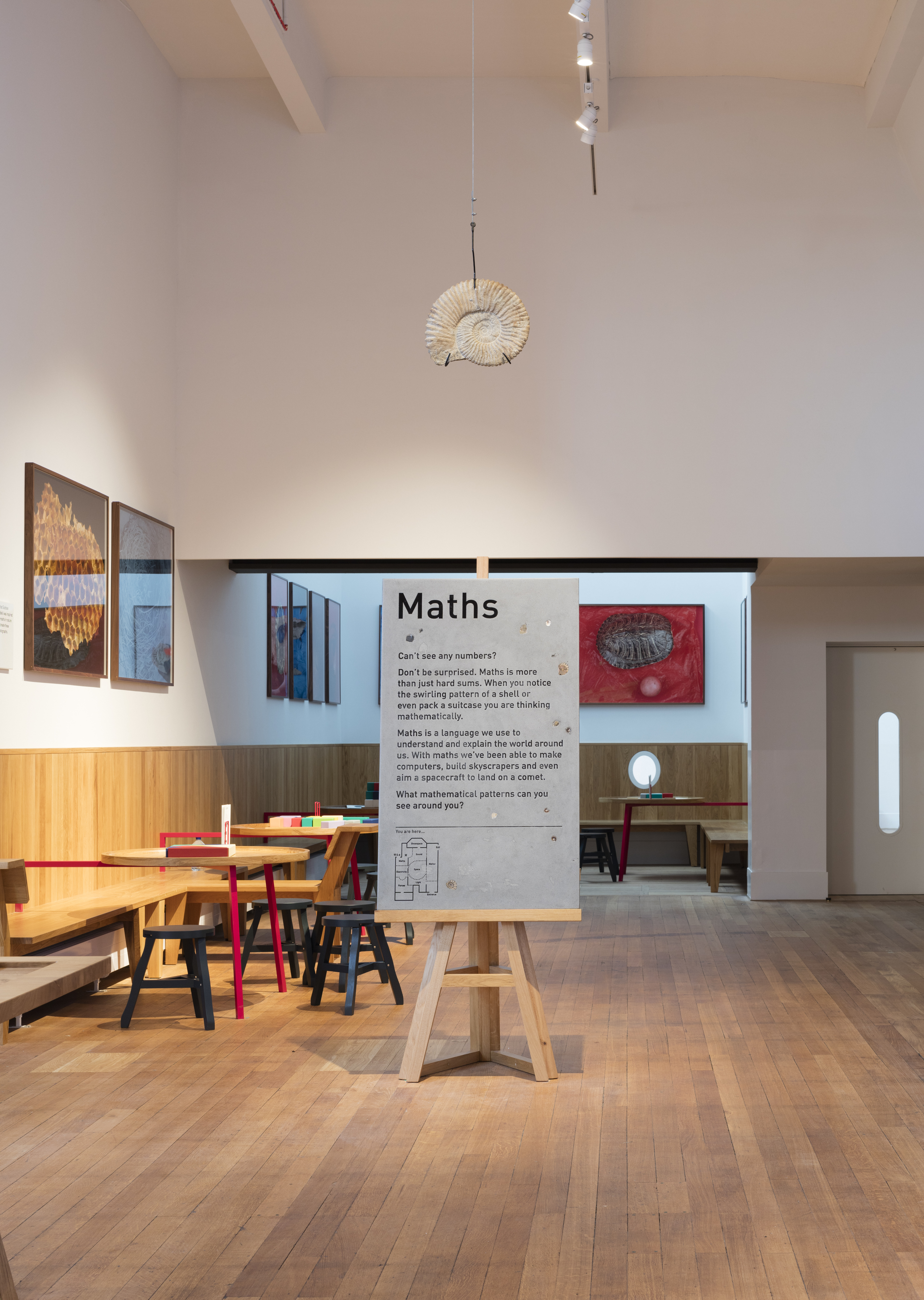 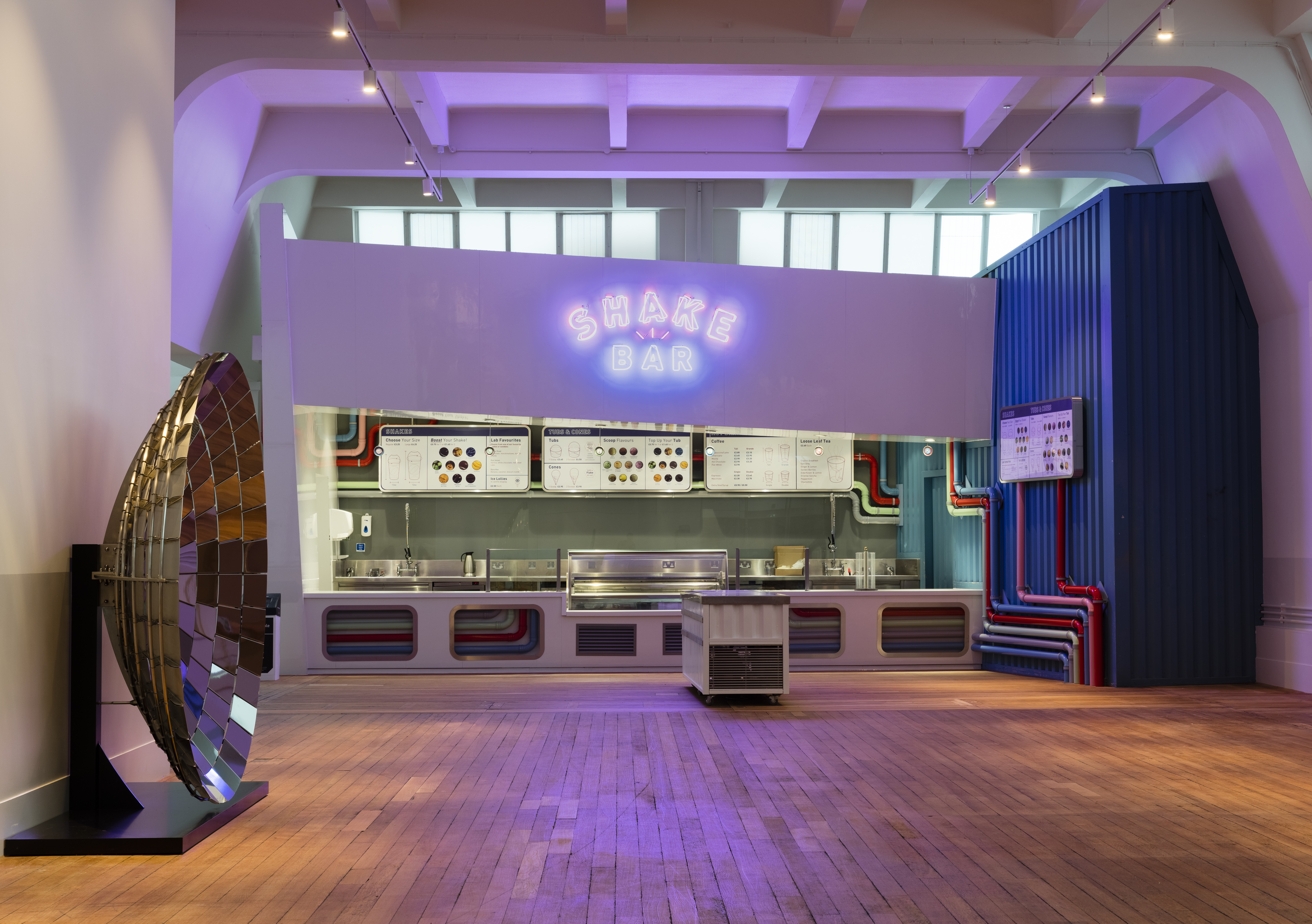 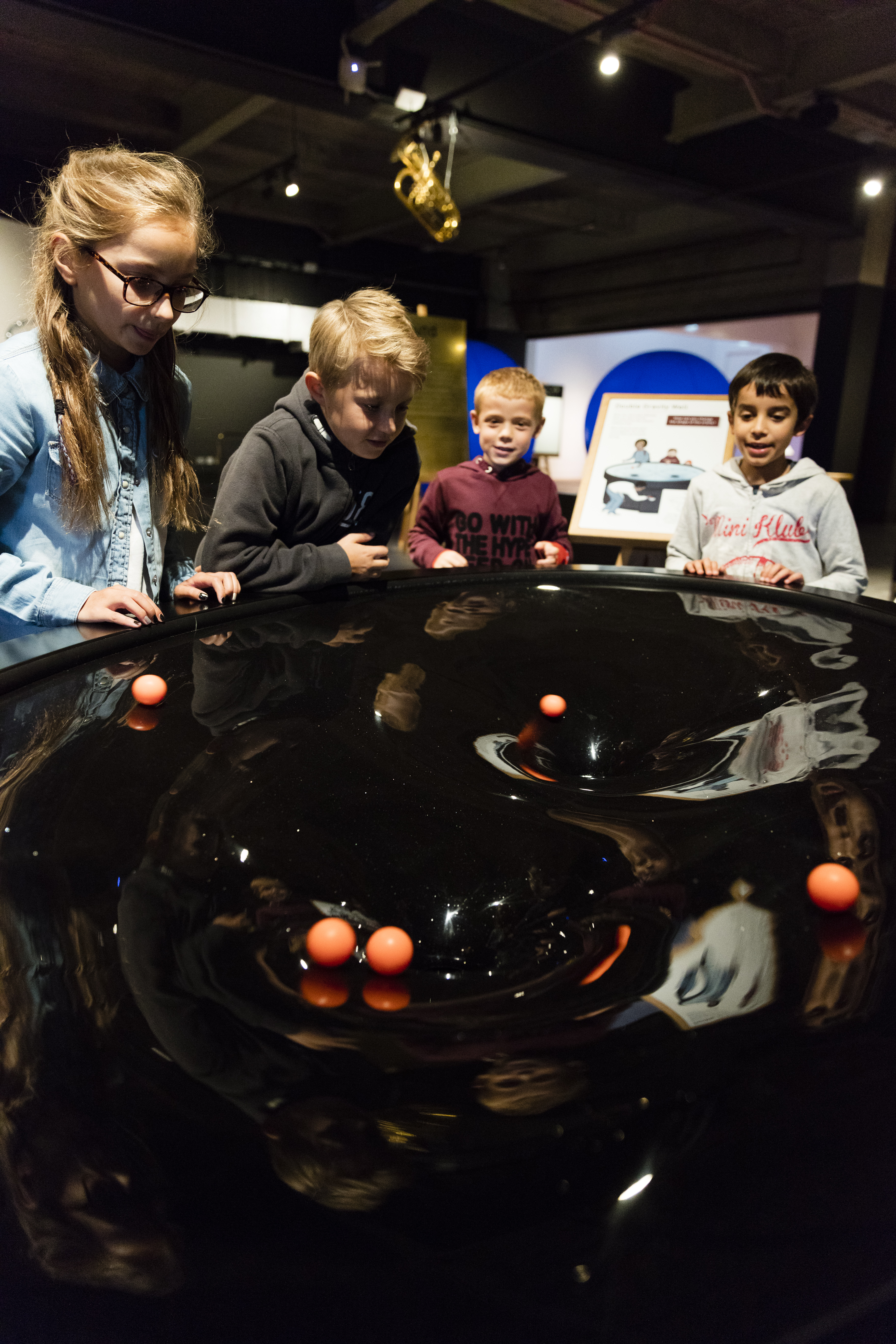 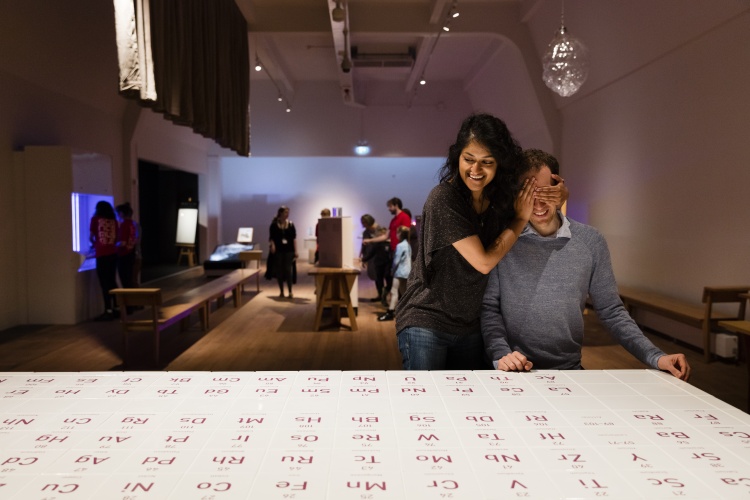 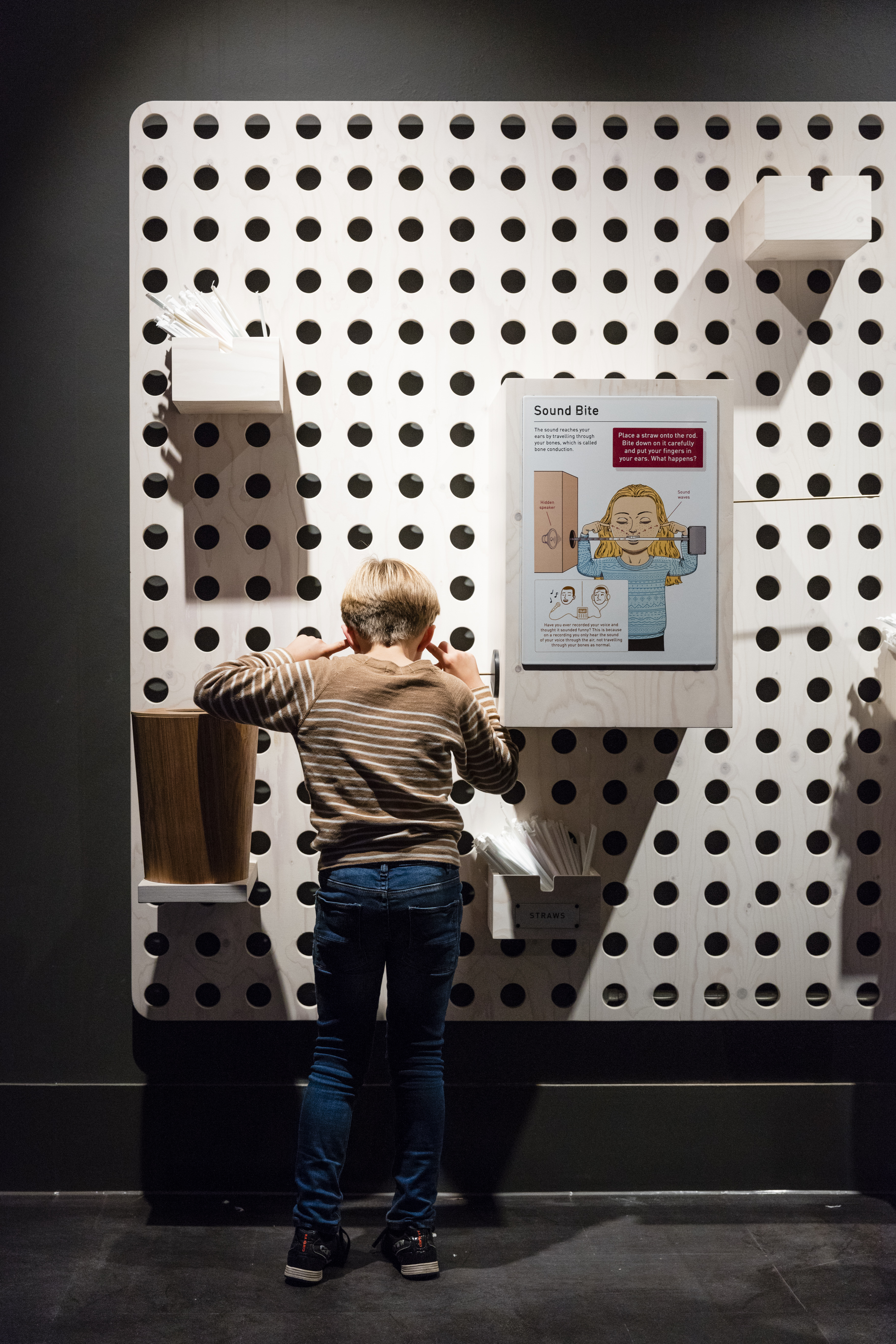 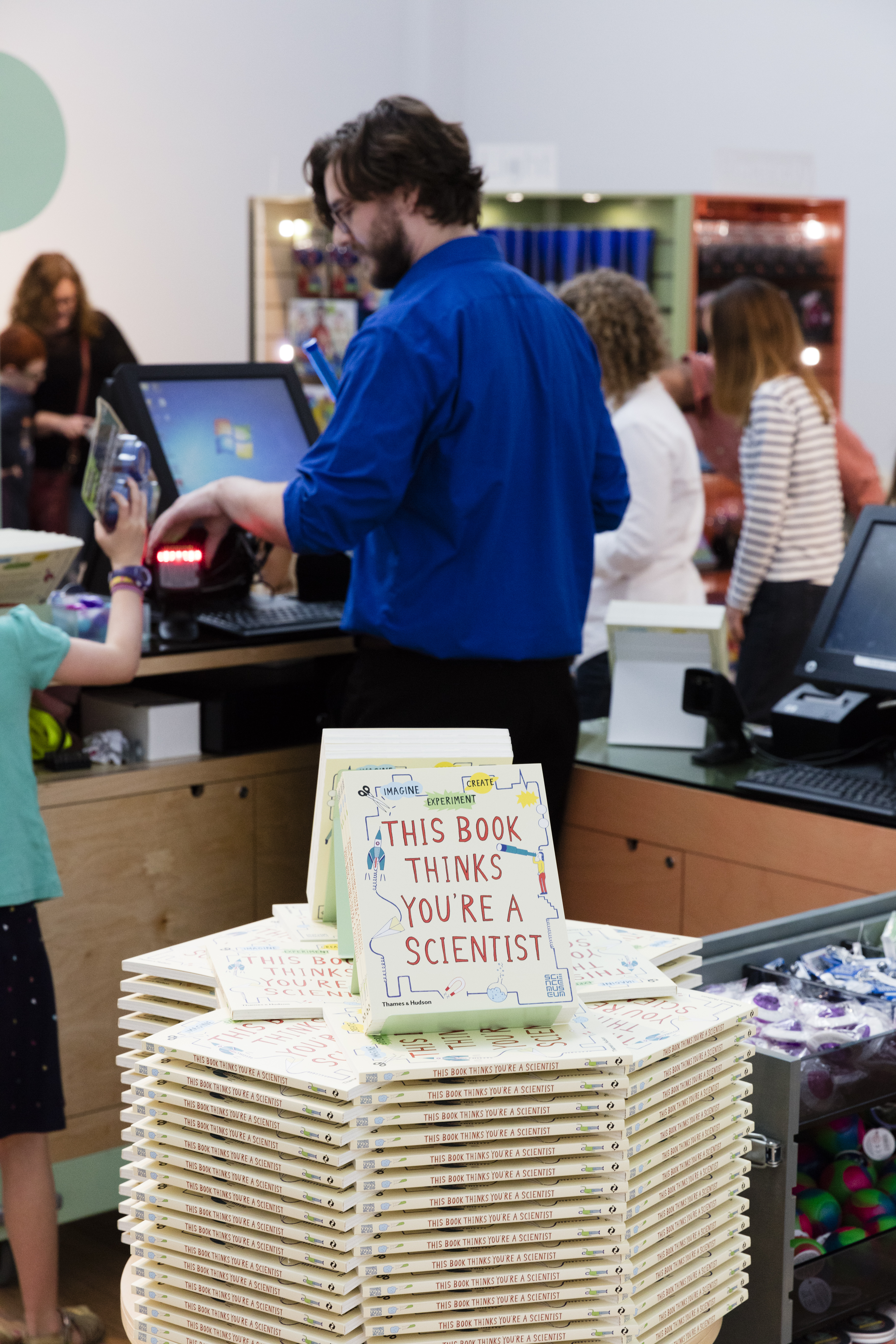 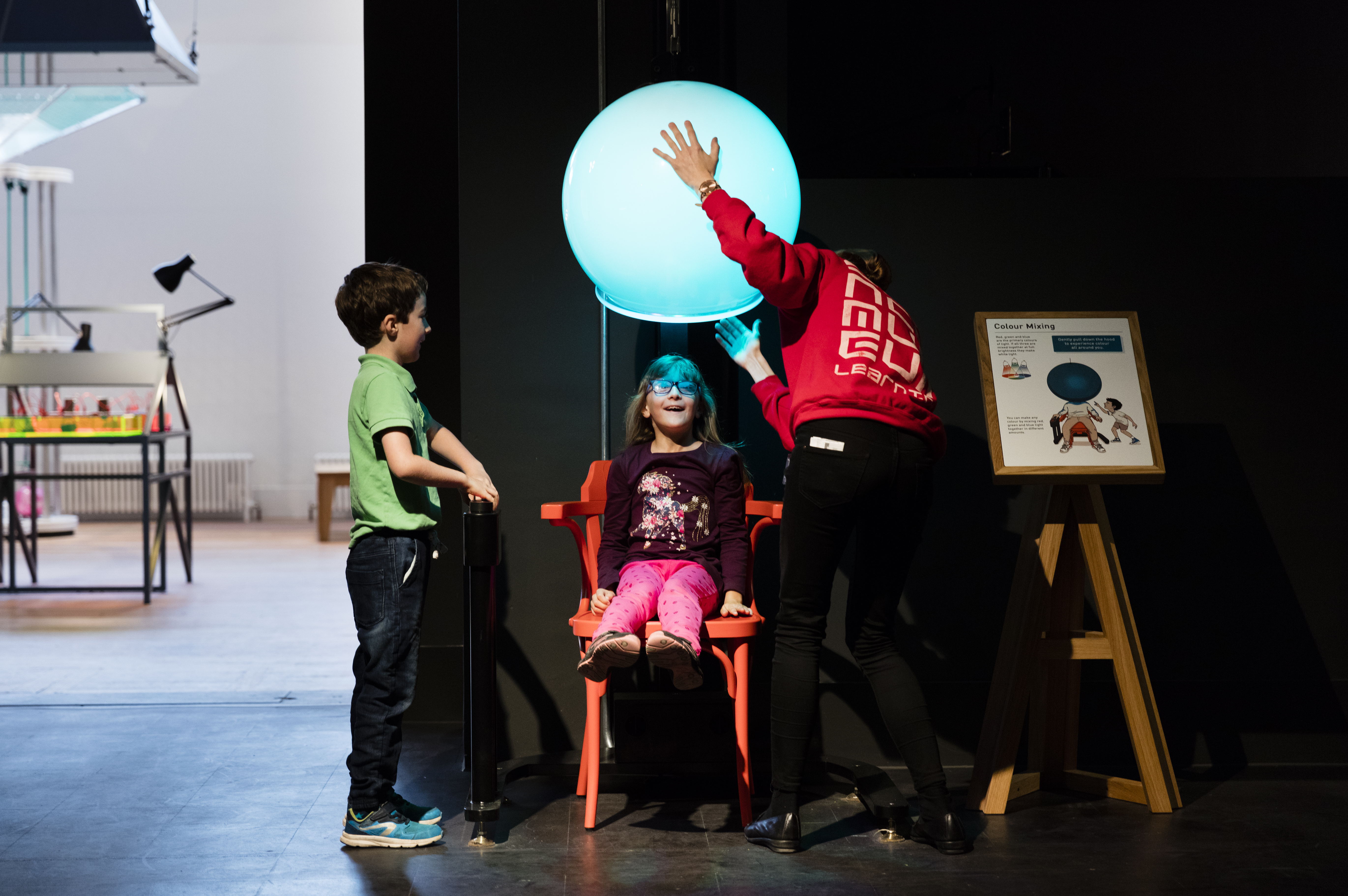 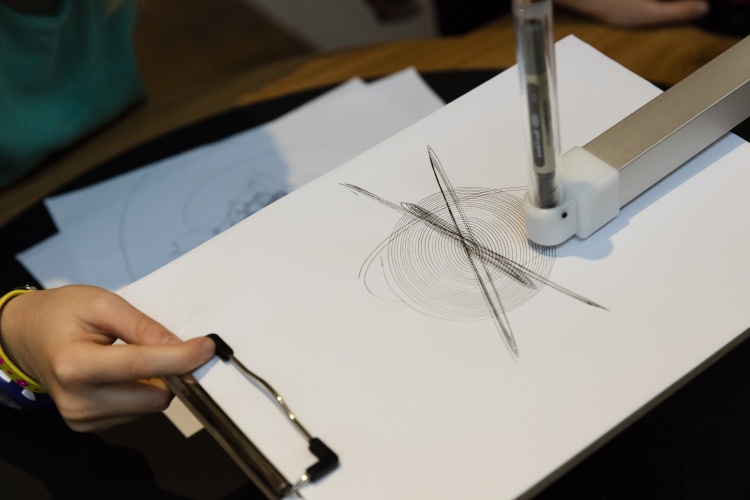 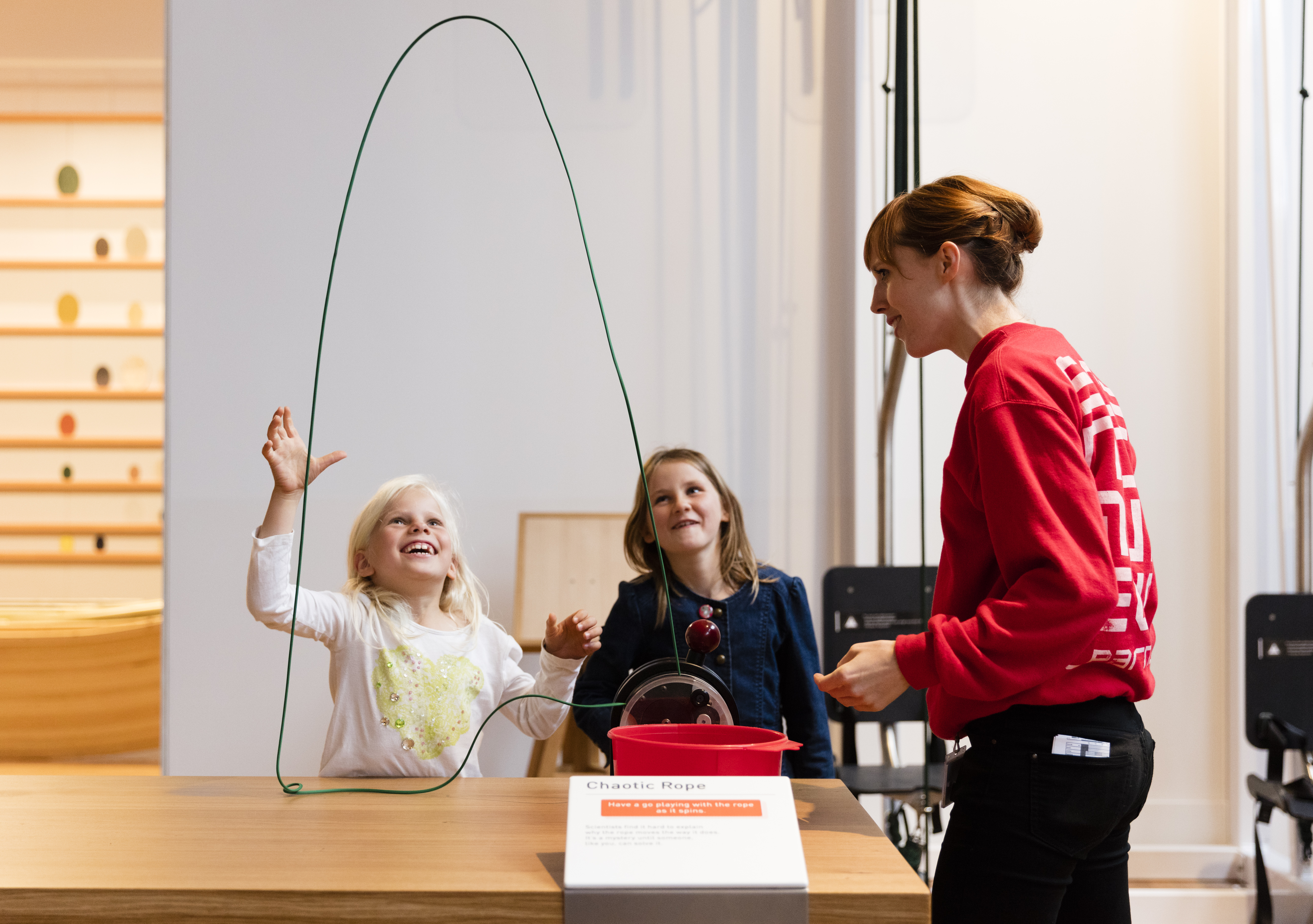 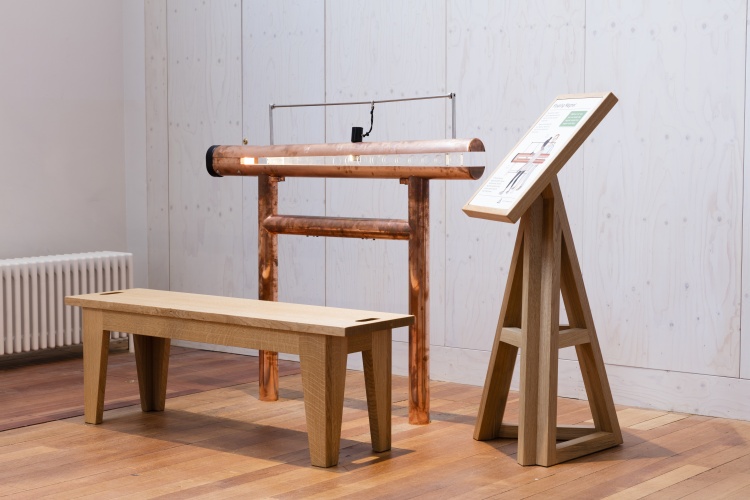 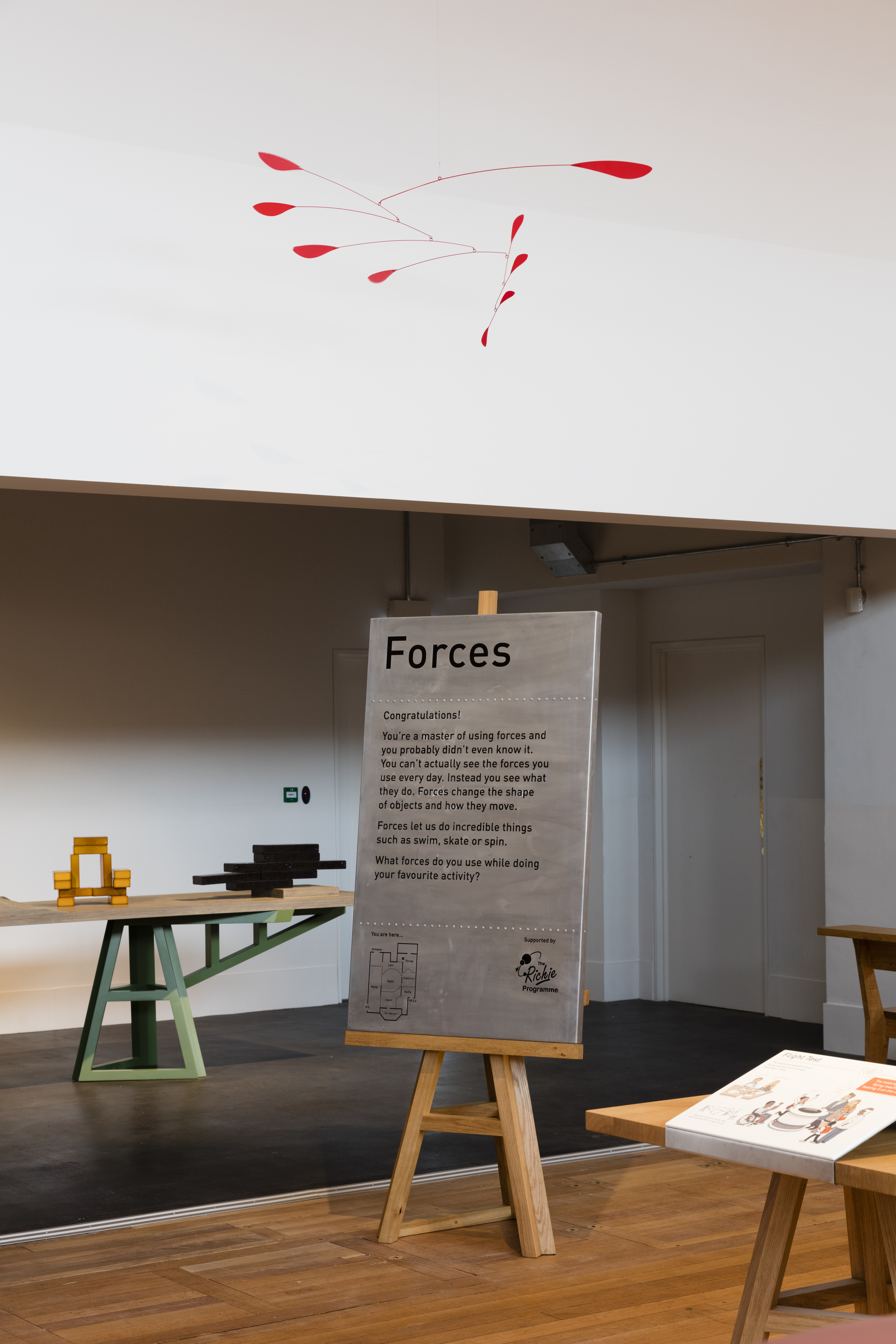 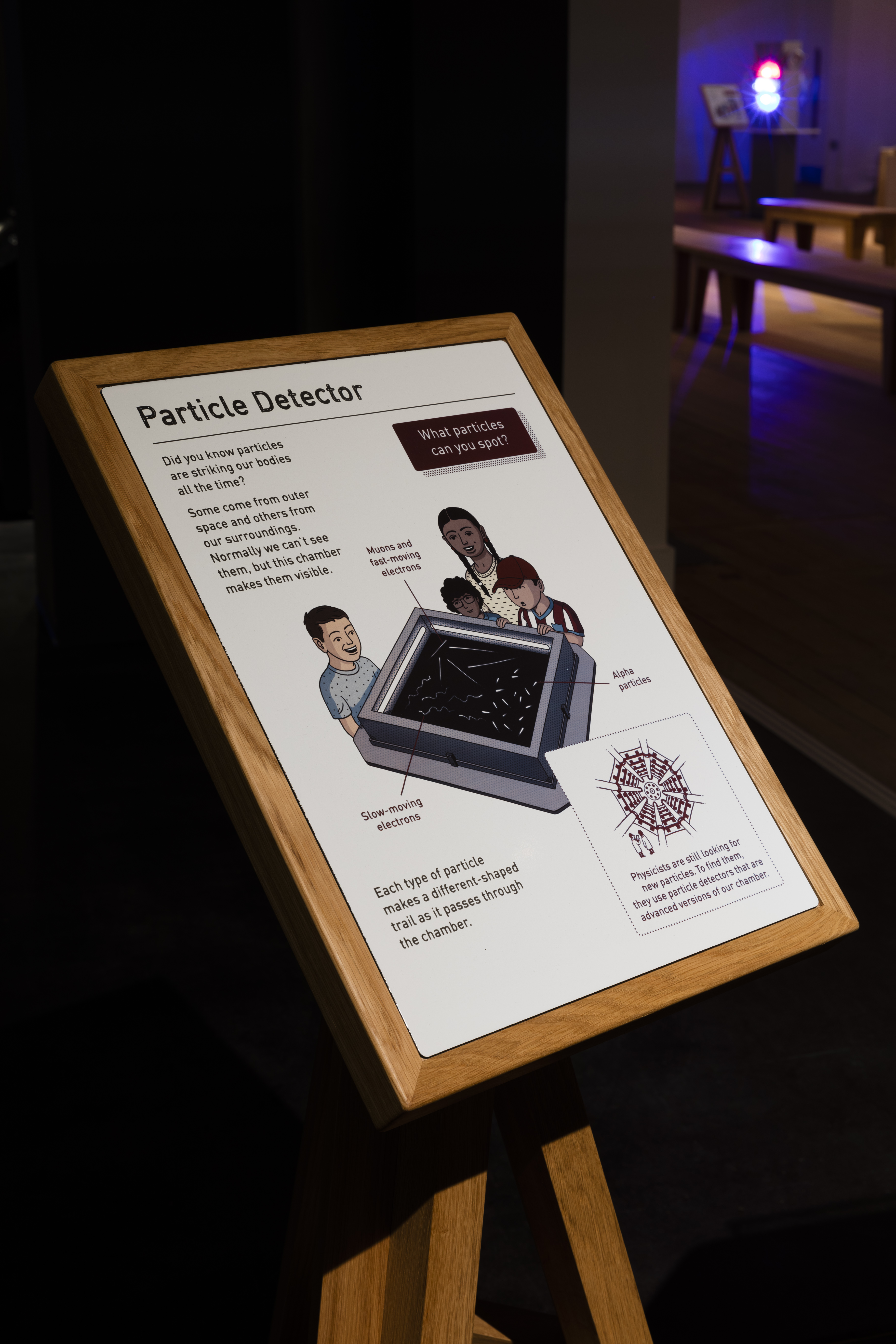