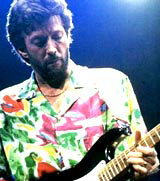 Wink Media, a division of magazine publisher the Wallpaper Group, has been appointed to generate a name and corporate identity for the company that will be formed from the merger of EMI and Time Warner’s music units.

The merger, which will be officially confirmed at the end of this year, is reported to be worth $46bn (£30bn) and will see the creation of the world’s largest record company. Warner Music Group’s existing artists include Cher, Eric Clapton and Madonna, while Lenny Kravitz, the Spice Girls and the Rolling Stones are on the EMI label.

The London design group fought off competition from consultancies both in the UK and US before winning the appointment. Wallpaper Group chief executive officer and Wink Media creative director Tyler BrÃ»lÃ© says: “We are working on a whole variety of different things including naming, logo and typography. It’s a massive and daunting project, but very exciting.”

EMI vice-president of corporate communications Amanda Conroy expects the identity to be completed “by the end of the year”.