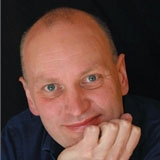 Early Penguin paperbacks were created as cheap, throwaway items, but Hugh Pearman marvels at the lasting power of their now legendary design

When my pre-university son arrived home the other day, a book was sticking out of his man-bag. It was DH Lawrence’s Sons and Lovers, but the significant thing was the edition: an original orange-and-cream Penguin paperback.

A bit of a Proustian moment, that. It was my copy, one that I had bought for a few pence from a second-hand bookshop back in the mists of time when I was his age. I’d picked up a few, including several Bernard Shaw plays. They had been old even then: wot, no glossy pictures on the covers?

This tells you something about the durability of supposedly throwaway items. Those early Penguins were not thought of as things to keep. At sixpence a pop, they were the same price as a pack of cigarettes. And in those days, ciggies were cheap.

Allen Lane, founder of Penguin in 1935, scarcely faltered during World War II. Despite paper rationing, the paperbacks continued to thrive. They were just right for the knapsacks of servicemen. I know this because my copy of Shaw’s Pygmalion is a wartime edition from 1941, with ads for toothpaste and chocolate, but still with the famous Feliks Topolski drawings.

A note on the title page is headed FOR THE FORCES. ‘Leave this book at a Post Office when you have read it, so that men and women in the Services may enjoy it too.’ Presumably such donated books were part of a scheme to keep our armed forces entertained. Henry Higgins and Eliza Doolittle were thus recruited into the war effort. Today, battered though it is, the book looks thoroughly at home on my Dieter Rams Vitsoe shelving.

Lane’s office junior Edward Young came up with the concept of illustration-free, colour-coded typographical covers. Their austerity was softened by the penguin logos – two types, standing and waddling. Legend has it that it was Lane’s secretary who suggested penguins – as creatures that were simultaneously dignified and fun-loving, so covering the education-and-entertainment remit of the company. They had a better quality of secretary in those days.

Lane duly dispatched Young to London Zoo to sketch penguins for the logos. Which meant he must have visited Berthold Lubetkin’s Penguin Pool. Thus a benign circle of good design was established. No wonder we won the war. The German military hardware designers may have had the technological edge for a while, but our soldiers were much better read and exposed to better graphics. Why, until 1942 Germany still used Gothic script.

Not everybody loved Penguins. George Orwell, ever the man of the people, suggested that they were too cheap and that other publishers should combine to have them suppressed. Shaw, less of an elitist, took the opposite view. ‘If a book is any good, the cheaper the better,’ he thought.

But it wasn’t just value for money. It was also design that helped Penguin to sell three million paperbacks in its first 12 months. It’s that same design that shone like a beacon from my son’s bag and set me thinking about those old books I’d bought so long ago.

As a rule I don’t regard books as sacred objects: I see them as disposable. So why have I hung on to these ones? Well, because I like the look of them, and what they stood for. With Penguin, you really could judge a book by its cover. The design was a kind of quality assurance.